2554 children and their families have been told about their primary school choice today (Friday 16 April), in emails and letters sent out by Barnsley Council.

Of those, 93.8 per cent of children were offered their first choice of school. Overall, 2,515 (98.5 per cent) children were given at least one of their choices on their application form.

The council has also seen 98 per cent of families apply for the child’s primary school place online – an increase of six per cent from last year. This not only makes the process more streamlined, but it also makes it quicker for families to receive their primary school offer.

The breakdown of the national offer day figures for Barnsley is as follows:

There were 87 late applications which will be processed this month.

Mel John-Ross, Executive Director for People, said: “It’s great news that 93.8 per cent of children were given their first choice of primary, and the outcomes for children and parents are very positive overall.

“Managing the applications has once again been a result of great partnership working between our school admissions team and schools. My sincere thanks go to all the staff who made it possible for families to find out about their child’s primary school place today.

“The process is made easier by families completing the application online. We received 98 per cent of applications online this year, and I thank everyone who applied this way.

“We recognise that some children and families may have received disappointing news today and they will be supported in their next steps.”

Families who don’t want to accept the place offered must contact admissions@barnsley.gov.uk or call (01226) 773677 within 10 working days of receiving their offer. Applicants will be updated as soon as arrangements for the appeal have been confirmed. 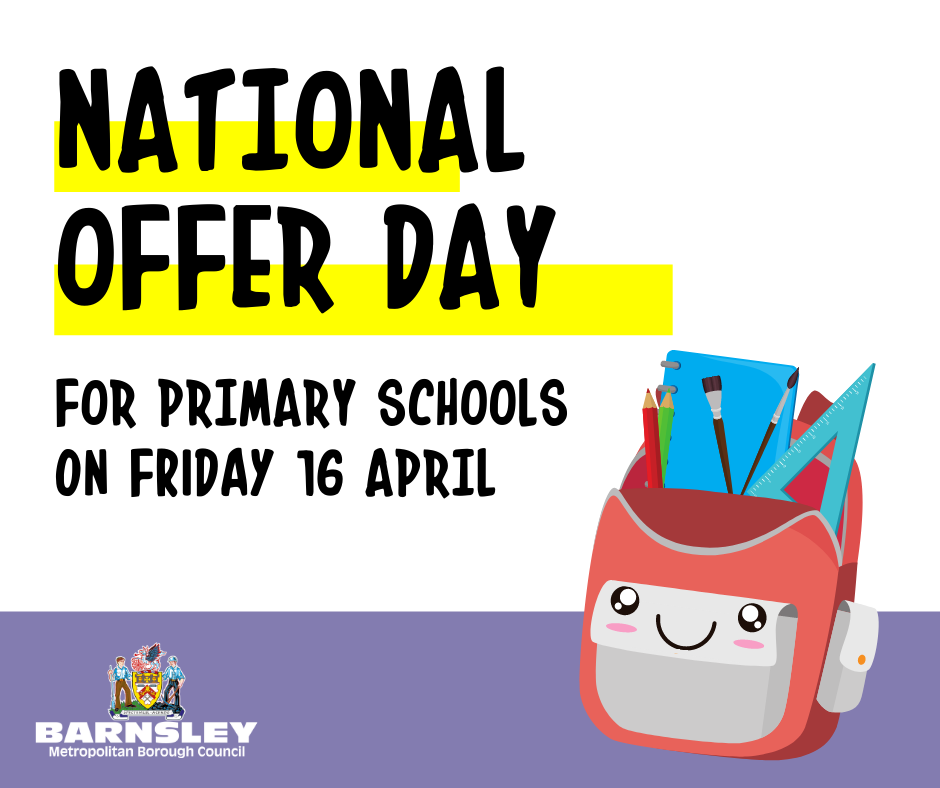