The Mayor and Mayoress of Barnsley, Councillor Jeff Ennis and Mrs Margaret Ennis would like to say a heartfelt thank you to everyone that attended and supported their Macmillan coffee morning at the Town Hall raising vital funds for Macmillan Cancer Support.

The Macmillan coffee morning was enjoyed by around 80 people including residents, councillors and council employees and raised a fantastic £521.12 for Macmillan through donations and a raffle.

To stir things up, the Mayor and Mayoress held the ‘Great Barnsley Bake Off’ which received some rather impressive entries including, lemon drizzle cakes, cupcakes, a coconut cake and personalised “Mayor in cookie form” biscuits! Star baker was awarded to Gilly Brenner, a member of the Public Health team, with her show stopping cup and saucer shaped orange and Earl Grey cake, which was appropriately named a “very good brew”.

The Mayor, Councillor Jeff Ennis, said: “We’re absolutely thrilled to have raised so much money for Macmillan and would like to express our thanks to everyone that attended, donated and helped to make the event such a success. Knowing that with every cake donated, sampled and enjoyed would raise money for this amazing charity really was icing on the cake!”

For more information about the work of Macmillan, and how to get involved, visit: www.macmillan.org.uk. 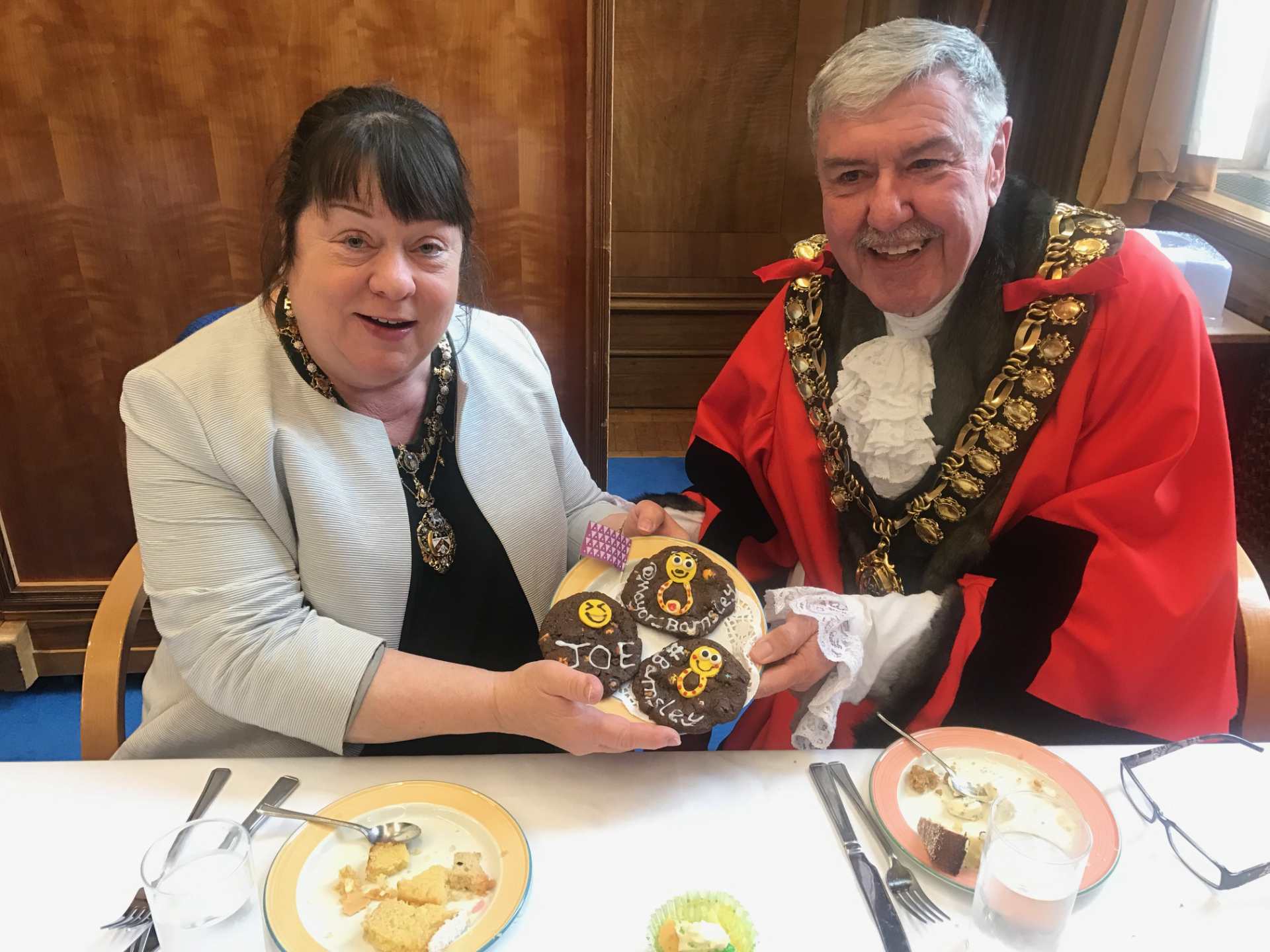