A Barnsley man received a fine and costs totalling £1362.50 for disposing of waste following an appearance at Barnsley Magistrates Court on Monday 7 January 2019.

Stephen Sharp, 40, of Honeywell Grove was found guilty after a trial. Although Mr Sharp was not the person depositing the waste, he was charged with knowingly causing controlled waste to be deposited.

CCTV footage shows a man dumping cardboard boxes and two plastic bottles on Smithley Lane, Wombwell on Friday 18 May 2018. Footage of this can be viewed on the council's YouTube channel here.

Wendy Lowder, Executive Director for Communities, said: “Thanks to our enforcement team, we’ve once again used CCTV footage to gain a successful prosecution. It sends a strong message to anyone thinking about fly tipping in Barnsley, no matter how big or small - it will not be tolerated.”

“In this case, it’s a strong reminder that as the vehicle owner, you have just as much a responsibility to make sure your vehicle is being used correctly and not part of fly tipping.”

“As part of our #EverybodyThink campaign to protect the environment. We’re calling on residents to help us #ProtectIt, by reporting fly tipping when they see it – together we can tackle fly tipping.”

To find out more about the work the council is doing to reduce environmental crime and increase recycling, visit facebook.com/DumpitandScarper or follow the hashtag #EverybodyThink.

This news is linked to Town Spirit, our new way of working better together. We believe that if everyone in Barnsley does just one thing, we can make our borough a more welcoming place to live, work, invest and visit.

We're committed to #ProtectIt by making it easier for you to dispose of large items, recycle, make your home more energy efficient and prepare for flooding. #OwnIt by making some small changes, such as recycling and reporting litter and fly tipping to keep Barnsley clean and green. 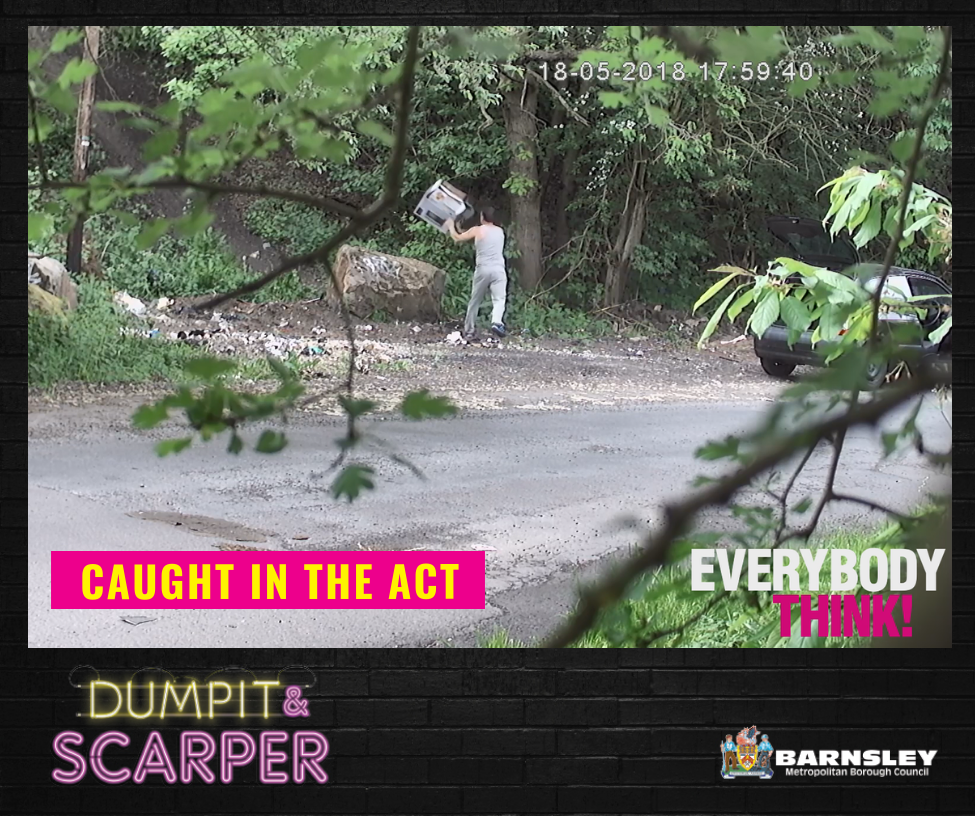