Barnsley Council is joining other councils across the country in taking a stand against prejudice as part of its commitment to promote equality and develop inclusive and cohesive communities.

At its last Full Council meeting, councillors across all political parties welcomed the adoption of The International Holocaust Remembrance Alliance Working Definition of Anti-Semitism.

The Community Security Trust is the leading organisation monitoring and supporting victims of Anti-Semitism. The Trust report on Anti-Semitic incident during the first six months of 2019 showed the highest total on record over a six month period with over 100 incidents a month for the third year running. These statistics are clearly a cause for concern.

By adopting a recognised definition of Anti-Semitism, Barnsley Council has demonstrated its commitment to tackling racist and religious hatred and all forms of discrimination.

The working definition of Anti-Semitism as defined by the IHRA is as follows:

“Anti-Semitism is a certain perception of Jews, which may be expressed as hatred toward Jews. Rhetorical and physical manifestations of Anti-Semitism are directed towards Jewish or non-Jewish individuals and/or their property, toward Jewish community institutions and religious families.”

The definition is not designed to be legally binding but it can be viewed as an invaluable tool for local authorities and other public bodies to understand how Anti-Semitism manifests itself. The definition is used as guidance for the Police and Crown Prosecution Service.

Local authorities have progressively adopted the definition and the Secretary of State has encouraged every local authority to take steps to do so.

It has been adopted by the UK Government several Combined Authorities including the Sheffield City Region and more than 130 local authorities.

Such an approach provides a strong gesture of support to  Jewish communities that their concerns are recognised and understood and assurance to all our communities that Anti-Semitic behaviour and discrimination will not be tolerated.

Although there hasn't been a major issue in Barnsley with Anti-Semitic behaviour, over the Christmas period, we were dismayed to see that some people had painted Anti-Semitic signs across the borough. These were swiftly removed and reported.

“We will continue to be vigilant towards all forms of hatred across the borough. There is no place for it in Barnsley. We maintain our support for events such as the recent Anne Frank Exhibition which took place in Library @ the Lightbox and saw a collaboration between The Anne Frank Trust and Horizon Community College and also Barnsley’s Holocaust Remembrance service.” 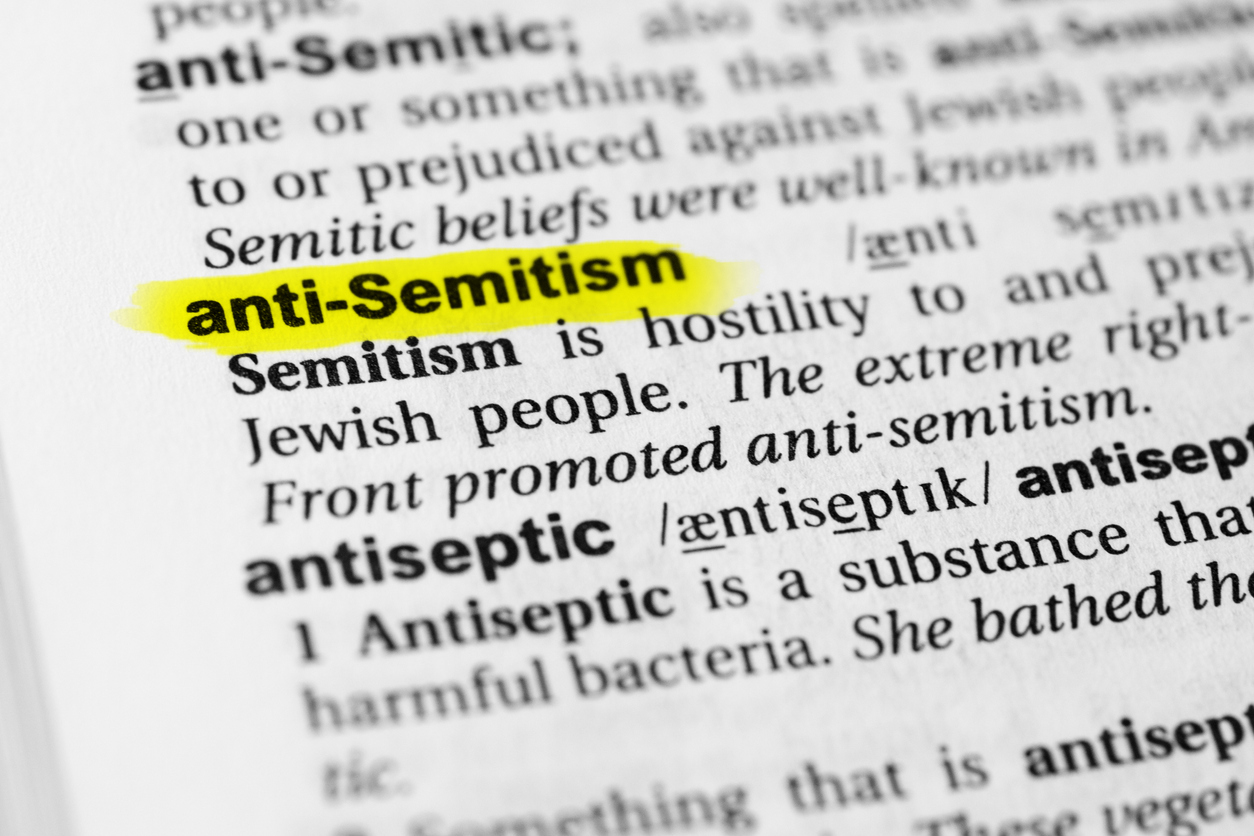