The Parkway, Barnsley’s independent cinema, looks forward to an exciting new chapter, thanks to national funding, that will give the family-run business a whole new look.

A Heritage grant of £123k has been awarded to the cinema by the Eldon Street High Street Heritage Action Zone (which is jointly funded by Barnsley Council and Historic England). The grant will enable exciting renovation works, improving the frontage and reinstating the 1950s style illuminated cinema signage.

Conservation work will start in January 2023 and is due to be completed by the middle of March.

The refurbishment is one of the first construction projects to take place as part of the Eldon Street High Street Heritage Action Zone (HSHAZ), a scheme which will transform the historic street and bring to life stories of its past.

An important part of Barnsley’s cultural offer, The Parkway is one of only a handful of cinemas in the country to still show 35mm and 70mm film, offering unique experiences in a historical setting, alongside current digital cinema presentations.

Eldon Street has a long and fascinating history with film. Some of the earliest moving pictures were shown at the Public Hall (now the Civic) from the early 1900s, and there has been a cinema on the Parkway site for over 100 years. The Empire Palace of Varieties Theatre opened on 8 June 1908 and was later converted into the Empire Super Cinema, opening on 22 March 1920.

Sound was installed in 1929, and the first ‘talkie’ was shown in November of that year.

The building was put up for sale in 2022, putting the future of the cinema at risk. However, the two families that operate The Parkway were eventually able to buy the property thus safeguarding independent cinema in Barnsley for the foreseeable future.

Councillor Robert Frost, Cabinet Spokesperson for Regeneration and Culture, said: “Cinema is such an important part of Eldon Street’s history, and it is wonderful that we can support local businesses in this way through the Eldon Street Action Zone. The refurbishments will not only improve the visitor experience and look of the street, but it will also reflect on The Parkways deep connections to film and to Barnsley town centre.”

Rob Younger, Managing Director of the Parkway Cinema said: “I’m delighted that we have managed to attract this funding, which will really smarten up the frontage of the cinema and restore some of the features that many people will remember. We faced a difficult decision just a few months ago when the former landlord decided to sell the property, but buying it has opened up many avenues, including this one. Working with the HAZ team is an absolute pleasure and we are so grateful for the help and support that we have received.

Richard Butterfield from Historic England said: “We’re really pleased to be funding the renovation of the cinema as part of the High Street Heritage Action Zone. The building has been a cultural landmark in Barnsley for a century and this project will help secure its future as a leisure attraction.”

For more information about the project, visit https://barnsleymuseums.art.blog/2020/11/16/eldon-street-heritage-action-zone/ 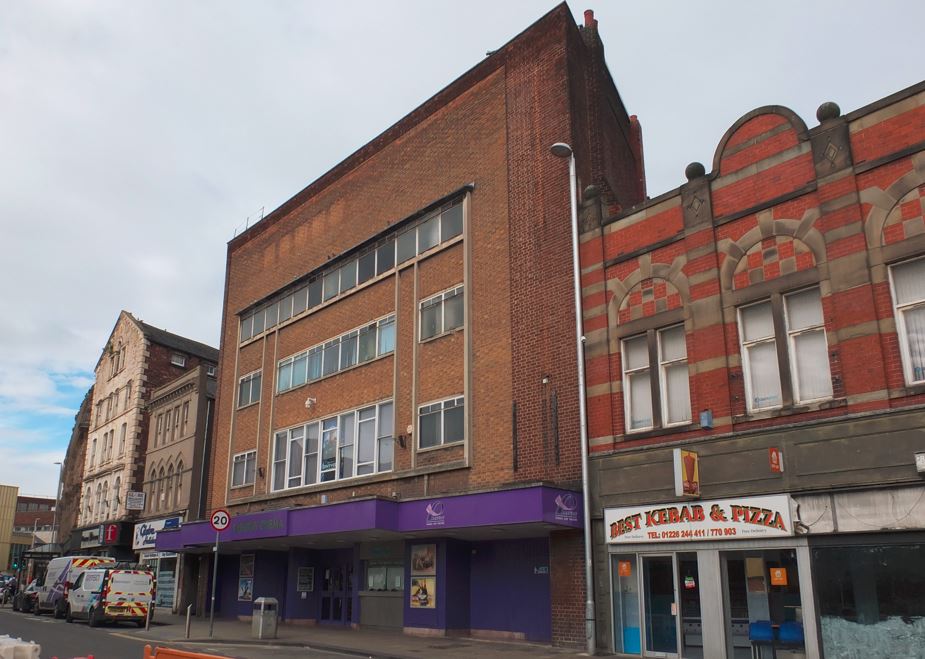