Three art installations are coming together at Elsecar in Barnsley to mark the culmination of an ambitious three-year arts and heritage programme.

The three art installations on display are inspired by the history and memories of people living in the area. Two have been on show before, but the third, by Ed Carter, will be unveiled for the first time inside the ironworks rolling mill at Elsecar.

The Mute Still Air is inspired by the social impact of work done by Earl Fitzwilliam’s steward Benjamin Biram at Elsecar in the 1840s. Biram introduced many improvements to mining safety, including a new design for safety lamps, and enormous mechanical fans to prevent the build-up of explosive gases underground.

The installation references Biram’s contribution, through the movement of air, light, and sound. With a striking hexagonal sculpture at its centre, the work incorporates lights, fans, and a series of tuned copper wind chimes.

Ed said: “I found it incredibly evocative when I heard how the constant breeze gave miners a sense of reassurance in such a dangerous working environment. I wanted to capture something about this comforting effect, contrasted with the ominous implications of stillness.

“The idea of having light emanating from a single point within a dark space references Biram’s work on safety lamps, but the interactions with the surrounding architecture, and the shadows cast by people moving through the space, are as much a part of the piece as the physical structure itself.”

Dr John Tanner, Project Manager for Barnsley Museums, said: “We are delighted to welcome this work to Elsecar as Biram’s innovation and social influence were overlooked for so long. His work was here in South Yorkshire, but he changed miners’ lives around the world.

“Elsecar might be a small village, but it became an international centre of industry, and has an astounding legacy of architecture, archaeology and stories.”

Alongside the installation celebrating Biram’s achievements are plans to document the memories of local people who worked underground at Elsecar and nearby collieries, right up until the end of mining in the area in the 1980s.

The other two installations at Elsecar have been on display elsewhere and are being brought together to celebrate the culmination of the Great Place programme.

One installation is Colour Forms - straws upon the water, a series of large colourful structures by Yorkshire collaborators Lenny and Whale, which are inspired by Lady Mary Wortley Montagu who brought the concept of the smallpox inoculation to England from Turkey in 1721. It has been on display in Wentworth Castle Gardens and Cannon Hall Gardens.

The other artwork which will be on show at Elsecar is The Flock by Julie Edwards and Ron Thompson of Planet Art; an outdoor installation of 10,000 wooden birds created by members of the public who documented what happened to them during lockdown, which were originally displayed on the lawns at Wentworth Woodhouse.

All three installations will remain at Elsecar until the end of June.

“It has brought our heritage to life for thousands of people over the last three years and is only the beginning of a new alliance linking these important places.

“We want to continue the legacy of Great Place, and with restrictions lifting we want to encourage more people to appreciate this amazing part of the world. And what better way to do it than with art, culture and our proud heritage.” 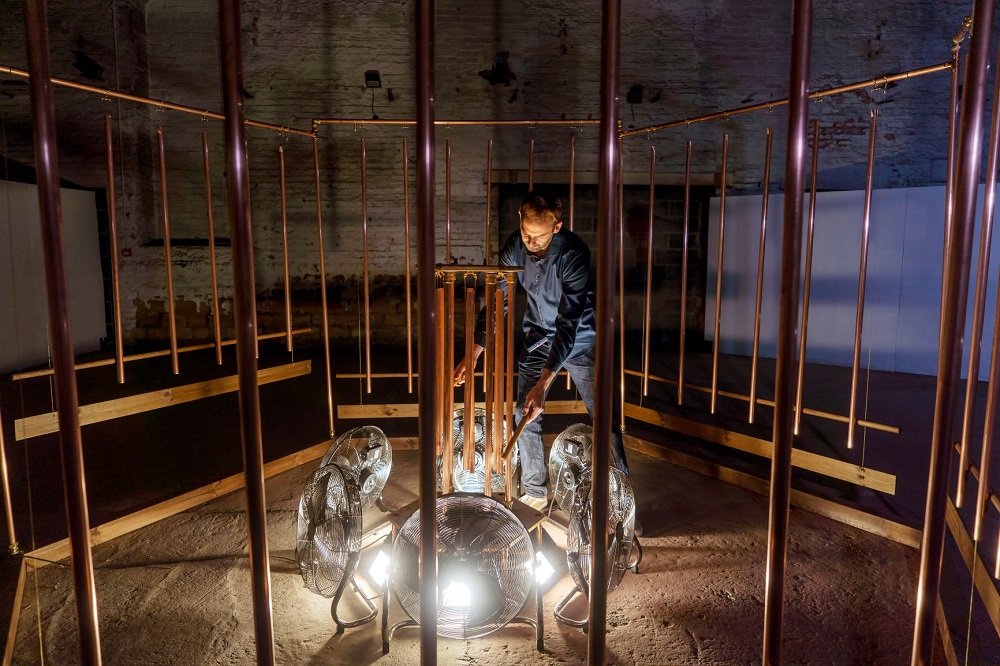