A targeted community testing initiative, in partnership with the Department of Health and Social Care, has launched at Barnsley Metrodome.

Roughly one in three people have the virus without symptoms so could be spreading the disease without knowing it. Broadening testing to identify those workers showing no symptoms could mean finding and isolating those with the virus more quickly.

Barnsley has received lateral flow tests as part of a pilot to enable local public health leaders to start testing critical workers who are unable to stay at home due to their job role and who are likely to come into contact with vulnerable residents.

The rapid-turnaround lateral flow tests, which provide results within an hour, will be used to proactively test asymptomatic individuals twice a week - helping to identify those who unknowingly have the virus and enable those who test positive and their contacts to self-isolate.

Barnsley Council frontline staff were part of an initial pilot group contacted directly to invite them to book a test from Thursday 7 January.

These groups, who are being contacted directly, have been prioritised on the criteria of close contact, multiple contact, and vulnerable contact groups - for example, service critical frontline staff, people working in high-risk groups and vulnerable groups.

Following the Government’s announcement regarding local authorities being encouraged to target testing to people who cannot work from home during lockdown, rapid regular testing is also being made available to those people who live and/or work in Barnsley.

The criteria for this will be the same - critical workers who are unable to stay at home due to their job role and who are likely to come into contact with vulnerable residents.

More information on eligibility and accessing testing is available at www.barnsley.gov.uk/coronavirus-rapid-test

People wanting to take part will need to commit to taking a test twice a week for at least six weeks.

This initiative is in addition to Barnsley’s ongoing, existing free testing service for those with symptoms, and it remains more important than ever for anyone with symptoms to get a test and isolate.

Support for those who need to isolate is available at www.barnsley.gov.uk/services/health-and-wellbeing/coronavirus-covid-19/test-and-trace-support-payments/

Anyone with one or more of these symptoms – a high temperature, a new, continuous cough, or a loss or change to sense of smell or taste – should book a test at nhs.uk/coronavirus or by calling 119.

There are three Local Testing Sites for people with symptoms across the borough which are open seven days a week at:

These sites are accessible by car and on foot and are open seven days a week from 8am to 8pm.

“Our groups have been prioritised on the criteria of close contact with multiple people, as part of their job role – especially those who work with people who are vulnerable.

“We know that the safest place for people to be is at home. I do not recommend anyone who can stay at home to leave it for a test unless they have symptoms. However, we recognise that there are people whose roles mean that they have to be out and about.

“By testing these people on a regular basis - twice a week for at least six weeks - we aim to identify positive cases early and help break chains of transmission within the community for people who interact with the general public on a daily basis.

“It is essential that through increased testing we are also able to support people who are told to isolate as a result of their test, and additional information for mental health, wellbeing and financial support will be offered to those individuals.

“It’s also essential that everyone continues to follow all guidance as we know that the tests can give false-negative results. Social distancing, handwashing and wearing face coverings remain essential whatever the test result.

“Testing is an important part of a combination of interventions to help reduce transmission and is not an end in itself.  It may seem obvious to say, but it is not the testing itself that stops transmission but what happens as a result.  If people don’t or can’t afford to isolate after a positive result, or their contacts are not followed up, we won’t reduce transmission, and if people regard a negative result as a ‘free pass’ it can do more harm than good. Please follow all guidance issued.”

“We’ve already come so far since first setting up a national testing programme at an unprecedented pace to help counter COVID-19, but we continue to strive to go further, faster.

“Roughly one in three people have the virus without symptoms so could be spreading the disease without knowing it. Broadening testing to identify those showing no symptoms will mean finding positive cases more quickly, and break chains of transmission.

“I’m delighted that Barnsley Council are working with us to roll out community testing and I look forward to seeing the results.”

“NHS Test and Trace continues to play a leading role in the fight against COVID-19. Increased community testing is a vital additional tool at our disposal to help identify those who are infected and infectious, but unaware that they might be spreading the disease.

“The work of Barnsley Council will be essential in driving down transmission rates. I urge all those who are eligible and offered to take part to come forward and get tested.” 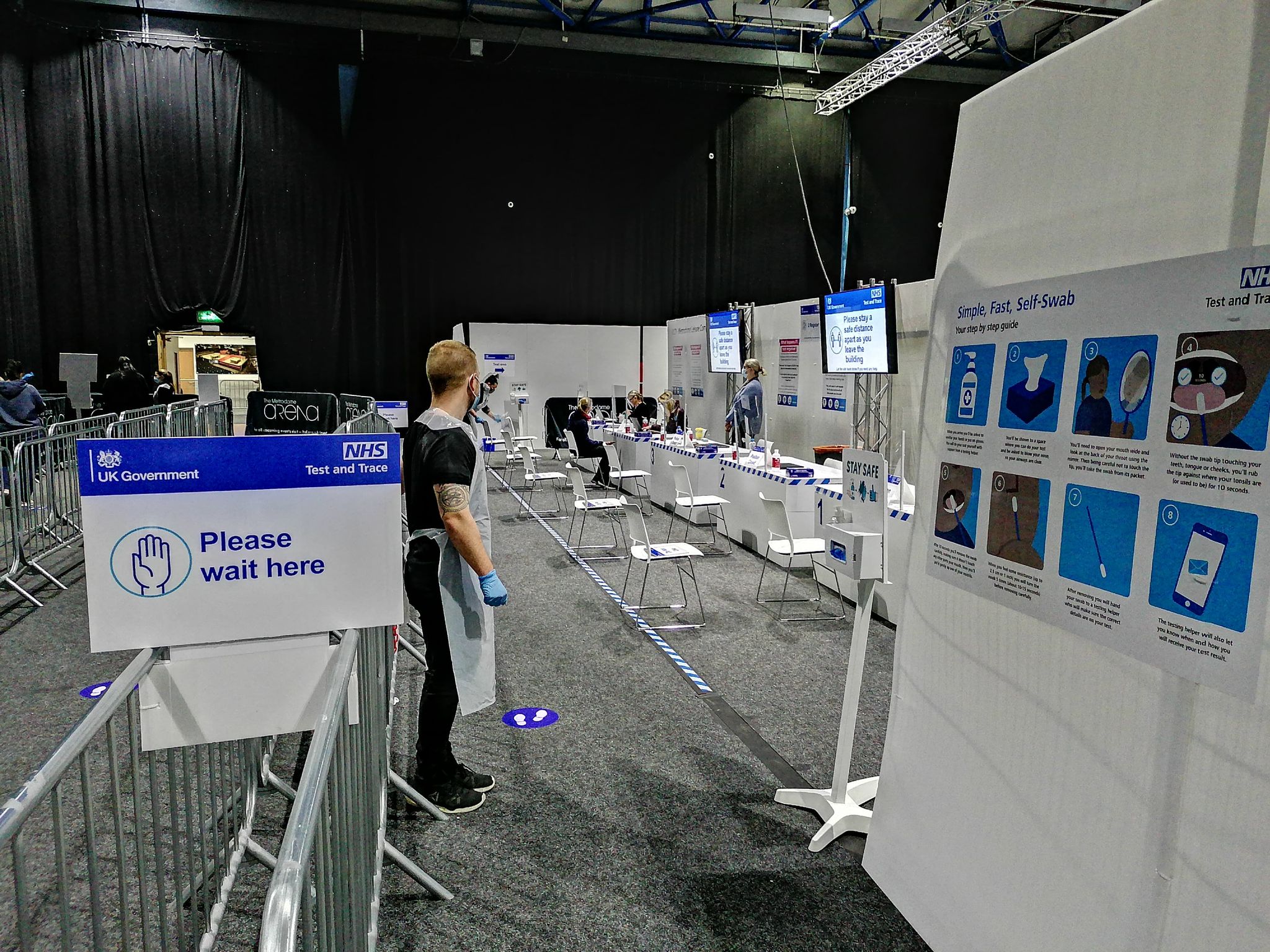