To commemorate this momentous occasion, the Mayor of Barnsley, Caroline Makinson will be joined by Cllr Sir Steve Houghton CBE, leader of Barnsley Council and Sarah Norman, Chief Executive of Barnsley Council to lay wreaths at Barnsley Town Hall’s War Memorial as a symbol of thanks. Representatives from Barnsley’s Churchfields British Legion branch will also be commemorating the occasion by laying wreaths at our local war memorial as part of a national celebration where local branches around the world will do the same.

Nationally, the RBL is hosting a special event at the Cenotaph in London on Saturday 15 May at 9am, where they'll recreate the moment from 100 years ago when veterans from four organisations - brought together by Earl Haig and Sir Frederick Lister, laid wreaths to symbolise the unity and formation of the British Legion. At the event, those serving, veterans, and their families will celebrate the heritage of the RBL as well as their future. There will also be a flypast by the RAF Battle of Britain Flight with a route taking them over the care home Galanos House in Warwickshire.

The Mayor of Barnsley, said: “I feel truly honoured to represent Barnsley as we celebrate, and thank the Royal British Legion for the immeasurable commitment and support they have provided servicemen and women, ex-serving personnel and their families since 1921.

“The RBL have evolved and moved with the times in terms of the support they offer which has been paramount in building an organisation fit for another 100 years. We must take this opportunity to express our heartfelt thanks to every single member, volunteer and partner for their contributions over the last 100 years.”

You can get involved in the celebrations by joining the RBL from 9am at the live streaming of events on their Facebook page. For further information about the celebrations and how to show your support, visit the Royal British Legion (RBL) website.

As a council, we’re fully committed to our local Armed Forces communities in Barnsley and this is demonstrated through our signing of the Armed Forces Covenant. We’ve pledged to make sure that our Armed Forces community and their families will not be disadvantaged in accessing our services and the covenant promises this as we recognise and remember the sacrifices they have made and continue to make.

We’d like to take this opportunity to remind our Armed Forces community - including family members, of the support available to them, as well as ways you or your organisation can get involved or offer support. For all the information you need, please visit barnsley.gov.uk/armed-forces. 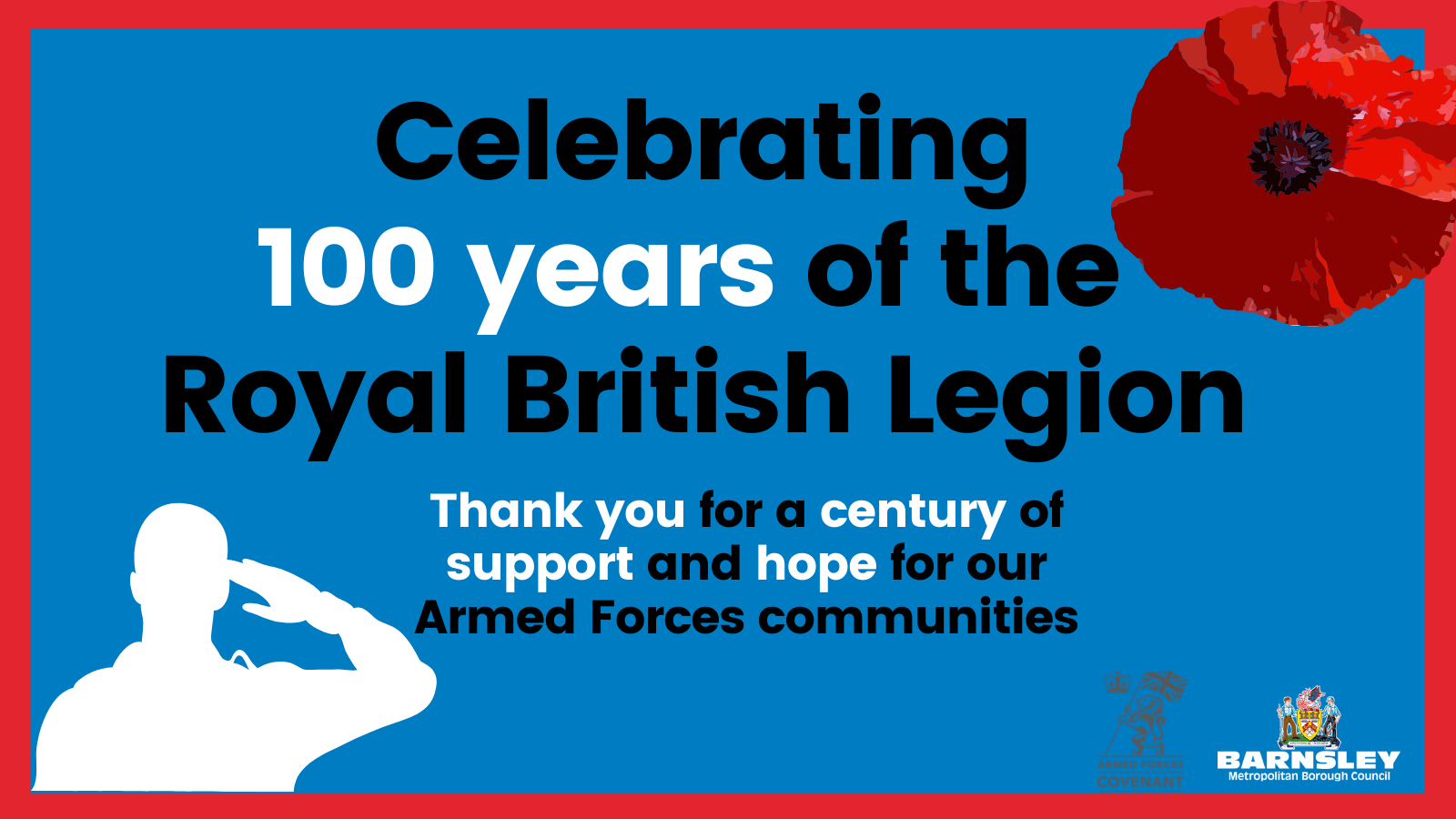