Barnsley will take its VE Day celebrations online this year as the country marks 75 years since the end of the Second World War on Friday 8 May.

Despite being in lockdown, celebrations will still go ahead with a raft of VE Day content available via Barnsley Council’s Facebook page.

The day will kick off at 10.45am, with a virtual speech of remembrance from the Mayor of Barnsley, Cllr Pauline Markham.

Just before 11am, Barnsley Music Service will perform the Last Post – which will be followed by a national two minute’s silence - before bagpiper Tony Hindley of the Barnsley Scottish Society performs Battles O’Er and VE Day.

Several activities will then take place throughout the day. Highlights include war stories from Barnsley Libraries at 12.30pm and 2pm and a live broadcast of a vintage tea party that you can join in with at home at 1.30pm.

At 3pm – around the time Winston Churchill declared the end of the war in Europe - locals are encouraged to take part in a toast alongside the Mayor.

Barnsley Museums will present a remembrance film at 4pm before a performance of We’ll Meet Again at 5pm.

At 6pm, Barnsley Libraries will host a special VE Day story time for children before the celebrations conclude at 7pm with the premiere of a commemorative video from the council - a VE Day tribute featuring Barnsley’s historic town hall.

Cllr Sir Steve Houghton CBE, Leader of Barnsley Council, said: “VE Day is a cause for celebration and this year will be no different, despite the circumstances we currently find ourselves in.

“It’s also important to pay tribute to all the heroes of the Second World War, particularly this year as we mark the 75th anniversary of the end of the war in Europe.

“With the help of our partners, we’ve put together a full day of online content and activities, so the people of Barnsley can join in the celebrations from their homes.

“We hope that as many people join in as possible as we mark this momentous occasion.”

Cllr Pauline Markham, Mayor of Barnsley, said: “This year’s VE Day celebrations may be a little different than usual, but it won’t stop us celebrating in Barnsley.

“It’s as important as ever to mark the anniversary of the end of the Second World War, and also pay tribute to those who gave their lives for their country.

“It’s an honour to be part of the day, and I hope people from across the borough come together online to help celebrate.”

Follow the VE Day event page on Facebook to take part in the celebration, and use #BarnsleyVE75 to join in the conversation. 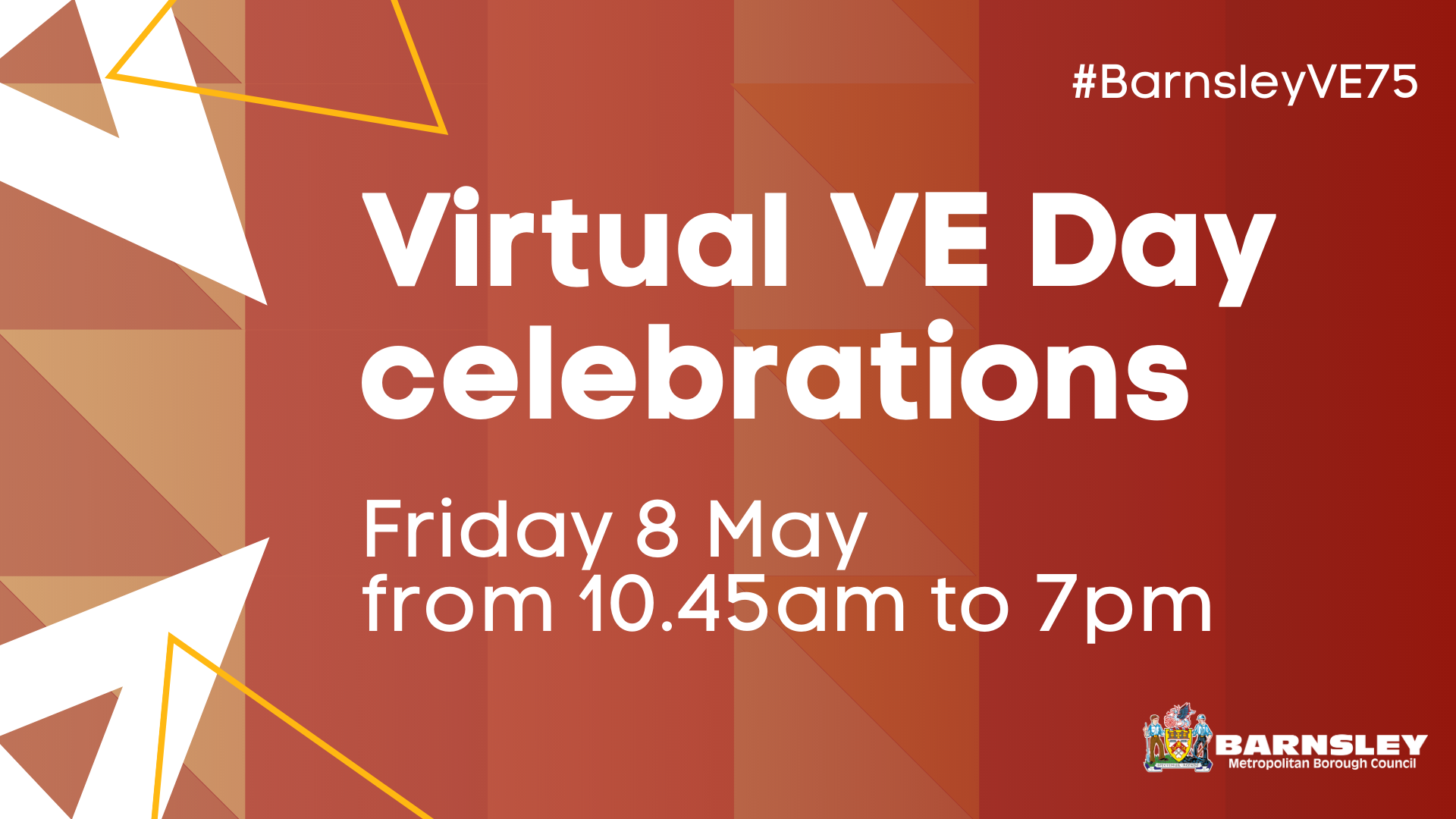