This week, Barnsley Council and NSPCC have jointly launched the ‘Look, Say, Sing, Play’ campaign in Barnsley. Parents and carers of children under two across the borough are being given free resources and are encouraged to sign up for weekly tips to help them bond and build their baby’s brain. The campaign is being delivered through a partnership of Barnsley’s Maternity Service, Public Health Nursing Service and Early Years Service.

As part of the launch, a virtual event will be held next week for Barnsley professionals working with babies and young children to showcase the campaign which aims to show parents why taking a cue from their young child and reacting to what they’re doing is so important. Professionals will come together virtually to learn more about the brain-building science behind the NSPCC campaign, signposting them to campaign resources available to share with new parents (leaflet, posters, flashcards) and how to run their own activity sessions with parents, carers and under twos.

The NSPCC’s campaign, ‘Look, Say, Sing, Play’, aims to encourage parents and carers to take a look at what their baby is focusing on and how they react, say what they are doing and copy the sounds their baby makes, sing along to their favourite tune or play simple games and see what their baby enjoys.  According to an NSPCC survey, almost two-thirds of parents are unaware that back and forth interaction with their child from birth can help their babies’ social, emotional and cognitive development*.

Helen Westerman, NSPCC Head of Local Campaigns, said: “We know that when an infant babbles, gestures or cries and an adult responds positively with eye contact, words or a hug, neural connections are built and strengthened in the child’s brain.  It sounds really obvious, but the science behind it proves these games and interactions help parents and children bond while also improving the child’s mind. Building a bond together is something that does come out through Look Say Sing Play, and that’s what we want for all parents in Barnsley.”

Emily Wilkinson from Barnsley, who had her first child, Edward, during lockdown, recommends Look, Say, Sing Play after being introduced to the resources by her local Family Centre. Emily said: “I really like the ideas, as a new mum I have found the days can be quite lonely but with the tips it really helps fill the day. Plus, they have really helped with my confidence, I don’t feel so self-conscious singing and saying things in silly voices because I know that Edward is benefiting. Our favourite tip was the advice for when shopping. Edward is so observant and thanks to the tip’s advice I talk to him about every item I put in our trolley and he loves it. I would never have thought to do anything like that, I would just put everything in the trolley and be stressed if he wasn’t asleep.”

The NSPCC’s ‘Look, Say, Sing, Play’ campaign was launched at sites across the UK during lockdown to help parents with children under the age of two and has already engaged parents across the country.  Louisa Phillips, a Barnsley mum of three, two girls and baby Vinnie, agrees the tips have been especially helpful during lockdown: “I have tried to keep up with virtual sessions in lockdown but the tips have really helped to make life easier too. Vinnie loves the happy song whilst getting him dressed tip. Before, his attention would be distracted by toys and he would be wiggling away but now he is really engaged and focuses on what we are doing.  All the advice, I feel you kind of know it instinctively but to actually see the science written down, it is really interesting, clarifies it all.”

Cllr Jim Andrews, Cabinet Spokesperson for Public Health, said: “Parents and carers of babies and young children are doing a great job in Barnsley, especially during the challenging times of a pandemic. However, it’s always helpful to get a few extra tips so you can bond with your child while developing their brain. We hope that this campaign will provide lots of useful and fun ideas for families across the borough.”

To get weekly tips, parents and carers can sign up for an email from the charity via the 'Look, Say, Sing, Play' page on the NSPCC website. Each one will include a fun, age-appropriate tip that they can easily fit into their daily routine. The NSPCC has also created a campaign video with tips for parents. 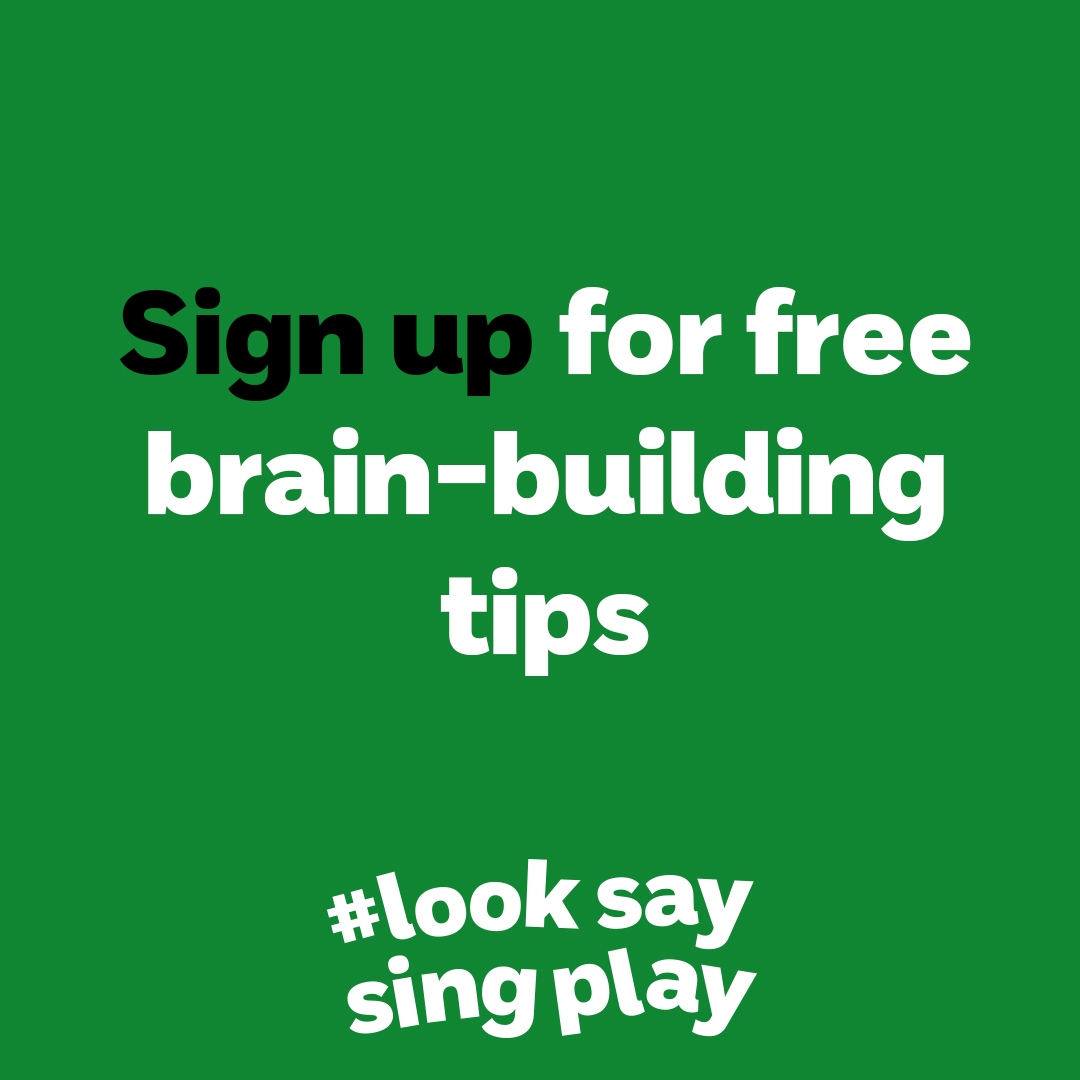