Barnsley Council has received national recognition for its #EverybodyThink campaign to tackle fly tipping at a prestigious awards ceremony in London.

The award was presented to the council’s communications and marketing team in the category of Social Media Campaign of the Year at the annual UK Public Sector Communications Awards, held at the Montcalm Marble Arch on Wednesday 6 September.

The campaign, which launched in December 2016, resulted in a 15 per cent reduction in fly tipping in its first 7 months, compared to the same time last year. It is part of a long-term strategy to change behaviour and improve the local environment for residents and visitors to the area.

The awards celebrate and reward excellent communication strategies and campaigns, teams and individuals in local and national government, emergency services and not-for-profit bodies from across the UK.

Diana Terris, Barnsley Council Chief Executive, said: “We’re delighted that our much talked about and innovative #EverybodyThink campaign has been recognised at the Public Sector Communications Awards.

“Like many councils across the country, we’re working hard to deliver excellent campaigns with reduced funding. This is a great example of many different council services coming together to really get to the heart of the problem and make a positive difference for Barnsley.

“I’d like to thank everyone who has worked on the campaign, and the people of Barnsley who have supported it by sharing our social media messages. We’ve always known that there’s no quick way to solve fly tipping, but together we can keep making a difference.” 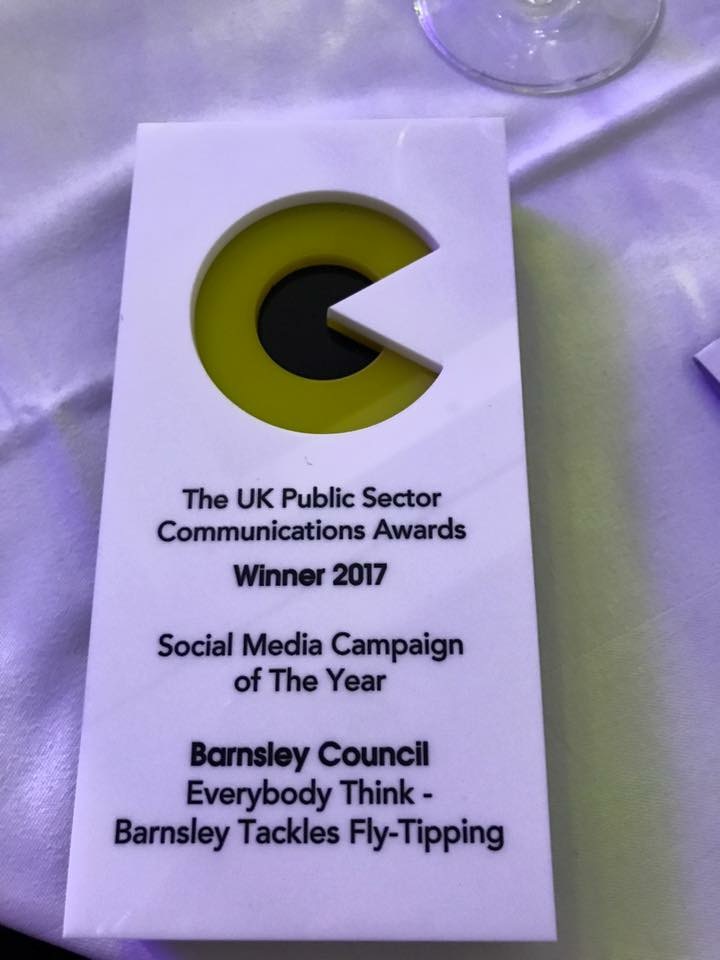