Barnsley Council is looking forward to welcoming Councillor Pauline Markham as the borough’s new mayor for 2019-20 at their annual full council meeting on Friday, 17 May at 6pm. The official Mayor Making Ceremony will take place at Barnsley Town Hall, where Cllr Markham will be formally elected as the Mayor of Barnsley.

Incoming Mayor, Cllr Markham has represented the Darfield Ward as a local councillor since May 2010 where she’ll stay in office until at least May 2022. She currently serves on the general licensing regulatory board, planning regulatory board and South Area Council.

Joining the new Mayor will be her husband, Mr Larry Markham who’ll take on the role of the Mayor’s Consort. During her year in office, Cllr Markham has chosen to support and raise money for Age UK Barnsley and Barnsley Independent Alzheimer’s and Dementia Support (BIADS) as the official Mayor’s Charity for 2019-20.

Cllr Markham, said: “I’m delighted to be taking on the role of mayor for my home town, Barnsley - it’s a great honour and I’m very much looking forward to the year ahead. I’ve decided that my mayoral theme for the year will be ‘loneliness’ – not just amongst the elderly but across all generations. I feel strongly about addressing loneliness within our communities and drawing on our amazing community spirit to tackle this problem together. I’m also pleased to have the opportunity to carry out charity work to raise money for my chosen charities and hope I can do them both proud.”

At the ceremony, retiring Mayor and Mayoress, Cllr Steve Green and Mrs Tracey Green will be thanked for their hard work, dedication and services to the borough over the last year. In recognition of the council’s appreciation, they’ll be presented with replicas of their medallions attached to the chain of office for the year 2018-19. Cllr Green will continue his role as local councillor representing the Monk Bretton Ward where he’ll remain in office until at least 2020. He’ll also continue to sit on a number of boards and looks forward to his ongoing involvement and commitments across the borough.

Retiring Mayor, Cllr Green said: “I’ve had the most wonderful year as the Mayor of Barnsley and feel honoured to have had the opportunity to take on this role. Some of my highlights throughout the year have included Remembrance Sunday commemorations, official opening of the markets, my charity concert featuring Grimethorpe Colliery Band and finally hosting the Civic Reception for Barnsley Football Club after their amazing promotion to the Championships.

“I’m also delighted to have been able to raise such a lot of money for two wonderful charities. I’d like to wish Cllr Markham a fulfilling and rewarding year in her new role as the Mayor for 2019-20 and say a big thank you for all the support I’ve received from residents and colleagues.”

Residents are welcome to view the live webcast which will be streamed on Friday evening.

This news is linked to #TownSpirit, our new way of working better together. We believe, that if everyone in Barnsley does just one thing, we can make our borough a more welcoming place to live, work, invest and visit.

We’re committed to #ImagineIt by working to make Barnsley a place where people love to live and work, and where they can see a brighter future for themselves and their families. #OwnIt by supporting the Mayor and her charities. 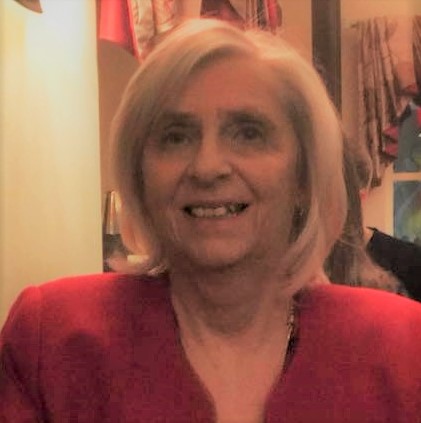