We’re extremely excited to finally reveal the five nominees set to be Barnsley’s latest citizens awarded Freedom of The Borough – the highest honour that we as a council are able to bestow.

Freedom of The Borough is a tradition that goes back to ancient times where the recipient received various privileges within the borough. Over time, granting the title of Freeman of the Borough has become more of an honorary accomplishment.

Our latest recipients are all recognised for their highly regarded services to the borough and held in the highest of esteem by the council and the people of our borough for a range of reasons. So, without further ado, we’re delighted to announce the following recipients of Freedom of the Borough:

Once an established cricketer, Katherine spent a lot of time in Barnsley primary schools inspiring hundreds of children and young people to have a lifelong passion for the game - undoubtedly helping to raise the profile of women’s cricket and proving you can achieve anything that you want to achieve in life.

Barnsley born and bred, Graham Ibbeson - “The People’s Sculptor” is a professional artist and sculptor best known for his realistic, soulful figurative sculptures. Barnsley is lucky enough to be home to a number of Graham’s statues including the Oaks Mining Disaster sculpture; a statue based on ‘Kes’ as a tribute to the late Barnsley born author, Barry Hines and his latest Covid memorial sculpture in recognition of all those that lost their lives and as a tribute to key workers of the pandemic.

Despite international acclaim, Graham has remained active and close to his roots in Barnsley for over 50 years including running his studio from Barnsley and inspiring future artists at Barnsley College.

Barnsley born Katherine Kelly is a well-respected professional actress. She’s appeared on stage with the Royal Shakespeare Company, at the National Theatre and the West End as well as being a regular on British, Irish and American TV screens.

Katherine is extremely proud of her hometown and remains committed to inspiring young people. She has promoted youth theatre development in Barnsley and continues to advise and help aspiring young actors in Barnsley to progress. Katherine helped Dan Jarvis MP to promote the Best of Barnsley awards and is a Patron of Barnsley Football club’s community Charity activities.

Barnsley Youth Choir is currently ranked 3rd in the Interkultur World Rankings in its category and is the highest overall ranked choir from Great Britain. The choir has developed an outstanding international reputation winning numerous awards and has performed throughout the world.

Despite Mat’s achievements he’s remained true to his hometown and committed to inspiring our young people to sing for the last 20 years.

Mat is a representative for Great Britain on the World Choir Council, an active international adjudicator and workshop leader and in January 2020, was appointed a Member of the Order of the British Empire (MBE) for his services to young people and music in the Queen’s New Year’s Honours List.

It is with gratitude, immense pride, and deep respect that this honour is bestowed on the ICU at Barnsley Hospital on behalf of all the people of Barnsley.

There is no doubt that the last couple of years have been a significant challenge for our health and care community in Barnsley, including huge commitment, skills, passion, and determination. We know that for many people this has been an emotional rollercoaster with teams working in the toughest of conditions often away from families and loved ones for long periods of time.

With professionalism, unfailing support to those that needed care and their families this team represent all that we value.

Cllr Sir Steve Houghton CBE, Leader of Barnsley Council, said “I am delighted and honoured to be awarding these five remarkable nominees with the Honorary Freedom of the Borough.

“There is no higher award or recognition that we as a council can bestow and it is a title not awarded lightly. I’m sure everyone will agree that the five nominees are all more than worthy of this honour with their varied and outstanding contributions and services to our borough.

“On behalf of myself, the council and all our residents, I’d like to thank and congratulate all our nominees.”

The nominees will be bestowed with Honorary titles at a special Full Council meeting taking place next month.

Further details to celebrate our nominees will be shared over the coming weeks. 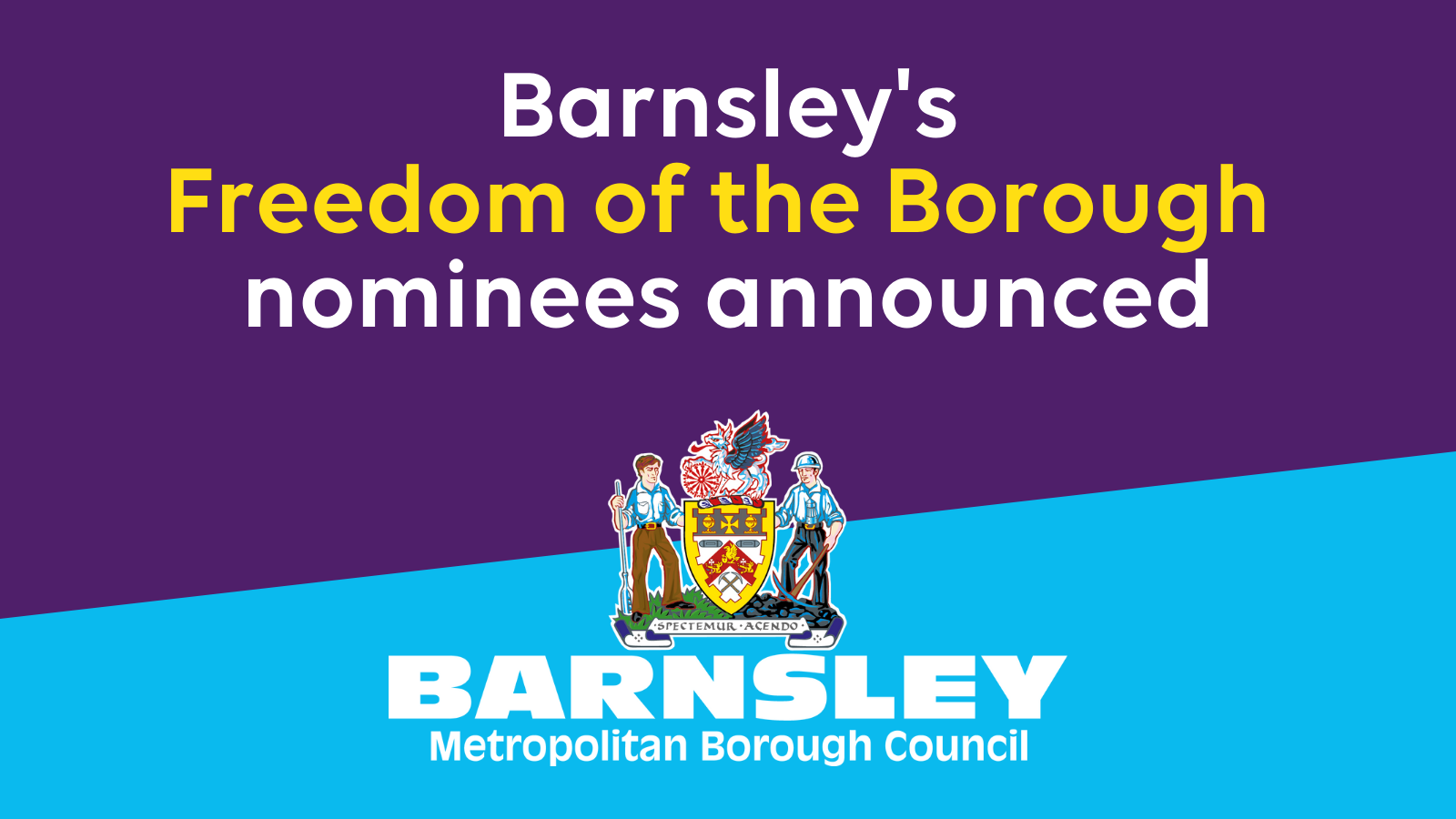