The votes have been counted for the local election, which took place in the UK on Thursday 06 May 2021.

The total eligible electorate for Barnsley was 184,558.

The Labour Party has had its majority on Barnsley Council reduced to 35 seats. Labour lost 1 seat overall in the 21 wards contested. The breakdown by ward is now:

The political make-up of the 63-seat council is now:

See the parties and individual candidates that are nominated.

Sarah Norman, Chief Executive of Barnsley Council and Returning Officer for Barnsley, said: “This year’s local elections felt very different with lots of safety measures in place to make sure that the process happened in a way that is as safe as possible.

“I would like to thank residents for making their vote count in this year’s local elections and for following the COVID-19 safety guidance for those that voted in polling stations.

“I’m very grateful to everyone who has been working on the elections and to the candidates and agents for supporting the exceptional measures we have had to take.” 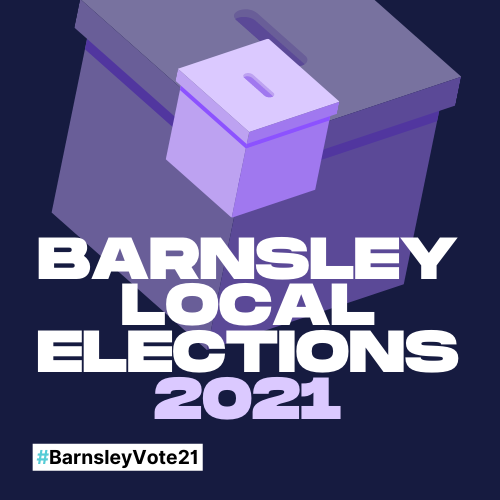