Barnsley Council officers and police officers from Barnsley’s Safer Neighbourhood Service, dedicated to tackling antisocial behaviour and helping the communities most vulnerable people, have had a house in the town centre temporarily ‘closed’ for three months.

The house, on Hopwood Street, was issued with the temporary closure order at Barnsley Magistrates’ Court on Wednesday 27 September.

The notice put forward by the council was approved under the Antisocial Behaviour, Crime and Policing Act 2014. It means that no one is allowed to enter the house, except police and council officials, for a total of three months.

A warrant executed at the property last week (Friday 22 September) also saw two people arrested on suspicion of possession with intent to supply Class A drugs. Quantities of suspected Class A drugs were recovered from the address.

Cllr Jenny Platts, Cabinet Spokesperson for Communities, said: “It’s reassuring to see that we’ve been able to secure the closure order at the property on Hopwood Street.

“We’ve taken firm action to address persistent reports of antisocial behaviour, noise and criminal behaviour at this address. We hope that the closure order will prevent groups of people gathering at the location and improve the quality of the life of our residents.

“We know antisocial behaviour can create many problems for residents. This is another great example of how, through working in partnership with the Safer Neighbourhood Service, we’re taking the actions needed to address these problems and make our neighbourhoods better places for everyone.”

PC John Crawford worked alongside Barnsley Council to put together the closure order application. He said: “Residents have been reporting concerns to both police and council for months about suspected drug crimes and antisocial behaviour.

“We have acted upon those concerns and worked tirelessly alongside our partner agencies to bring this matter before a court and successfully close the property for a number of months.

“This property has been at the centre of local issues and it’s our hope that this closure order will have a really positive impact on the lives of the community.

“Those living in the property will be evicted and anyone caught trespassing on the property faces further legal action and possible prosecution.

“We will not tolerate this kind of criminality in our communities and will take whatever action we can to address concerns raised by local residents.”

Inspector Julie Mitchell added: “This is a clear example of the effective partnership of agencies within the Safer Neighbourhood Services.

“Staff from SYP and BMBC have worked together to tackle the serious issues reported by local residents, and their efforts will bring an improvement to the quality of life of those who have been affected.

“We are also working with other support agencies such as substance misuse services and housing & welfare support, who will offer help to the perpetrators to address the underlying causes of their behaviour.”

The Safer Neighbourhood Services is led by Barnsley Council and South Yorkshire Police and brings a new approach to community safety and neighbourhood policing. For more information visit www.barnsley.gov.uk/sns. 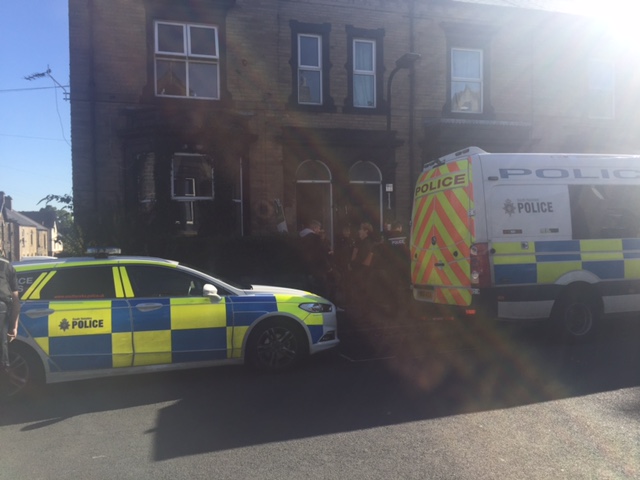