People will be familiar with the traditional red telephone boxes on the corner of Church Street, which have been part of the towns backdrop for decades.  However, now through funding secured via the Eldon Street HAZ project they have been transformed into cultural hubs, with one becoming the world’s first tellapoem box.

The ‘Tellapoem’ box features a temporary poetry exhibition displaying a bespoke new work by the poet laureate Simon Armitage from his residency with the Eldon Street High Street Heritage Action Zone. During his time on the project Simon has brought the history of the iconic street to life through poetry and verse​, focussing mainly on the 'unnatrual' history of the street, including its urban wildlife and the almost mythical natural history museum that was once housed in the Civic. The moving words ‘Hebrew Visitor’ tells of an encounter with a moth in a disused telephone box on Eldon Street.

Designed and installed by Barnsley artist Patrick Murphy it will remain on display until the end of September, when the poet laureate will be performing his new work at the Parkway Cinema in Barnsley with his band LYR as part of the Eldon Street High Street Heritage Action Zone.

The boxes were previously in very poor condition and attracting anti-social behaviour. Through the transformation, which has seen them restored, repaired and painted, with support from the High Street Heritage Action Zone, they have regained their historic value and have become an opportunity to showcase the towns fascinating past.

Councillor Robert Frost, Cabinet Spokesperson for Regeneration and Culture, said: “Barnsley town centre has been transformed in recent years and is a hive of activity and innovation.  There are lots of exciting things to see and do with cultural experiences around every corner.  The work of the Eldon Street HAZ project is a brilliant way of connecting the towns past with its exciting future and the phone boxes are just one way that they are doing this in a creative and imaginative way.  To have the world’s first tellapoem box is a great way of sharing poetry in unexpected places.”

For more information about the project visit www.barnsley-museums.com/projects/eldon-street-high-street-heritage-action-zone 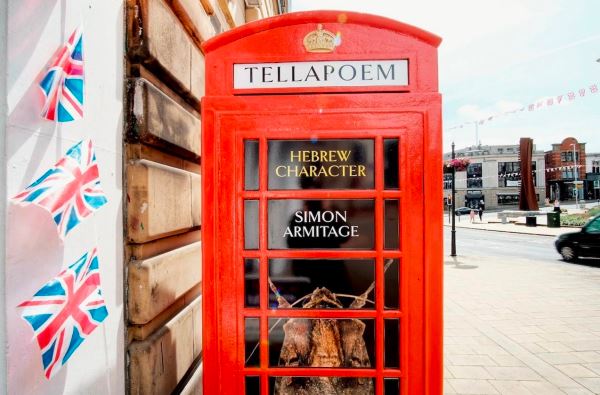