Barnsley’s school children at Laithes Primary school are linking arms and asking parents to stop smoking around the school grounds with a peaceful protest.

On Wednesday 16 May, children at Laithes primary school will be peacefully protesting as well as unveiling new banners as part of the latest Breathe 2025 campaign in Barnsley, asking parents to be more considerate of where they smoke. The ‘Breathe 2025’ campaign is Barnsley’s vision in which the next generation of children are born and raised in a borough free from tobacco and where smoking is invisible.

Following on from the success of smokefree play parks, smokefree market square and the first northern town to have a smokefree outdoor area in Barnsley Pals Centenary Square, the latest Breathe 2025 campaign in Barnsley focuses on parents smoking while in the school vicinity. The scheme will aim to ‘make smoking invisible’ to children so they are less likely to consider smoking as normal and be vulnerable to second hand smoke.

Cllr Jim Andrews, Cabinet Spokesperson for Public Health, said: “We want to ensure smoking becomes almost invisible to protect children’s health. Children and young people are influenced by adult behaviour and are less likely to start smoking if they do not view it as a normal part of everyday life.

“We’ve brought the latest campaign to the school grounds and it’s fantastic to see the children get involved too. We’re soon to see more schools across the borough take up this scheme and hopefully it will see parents listen and be more considerate about where and when they smoke, if not make them consider stopping completely.”

The campaign will then be rolled out to all Barnsley primary schools with them having their own banners and posters up showing the pleas from school children to stop smoking around their school. 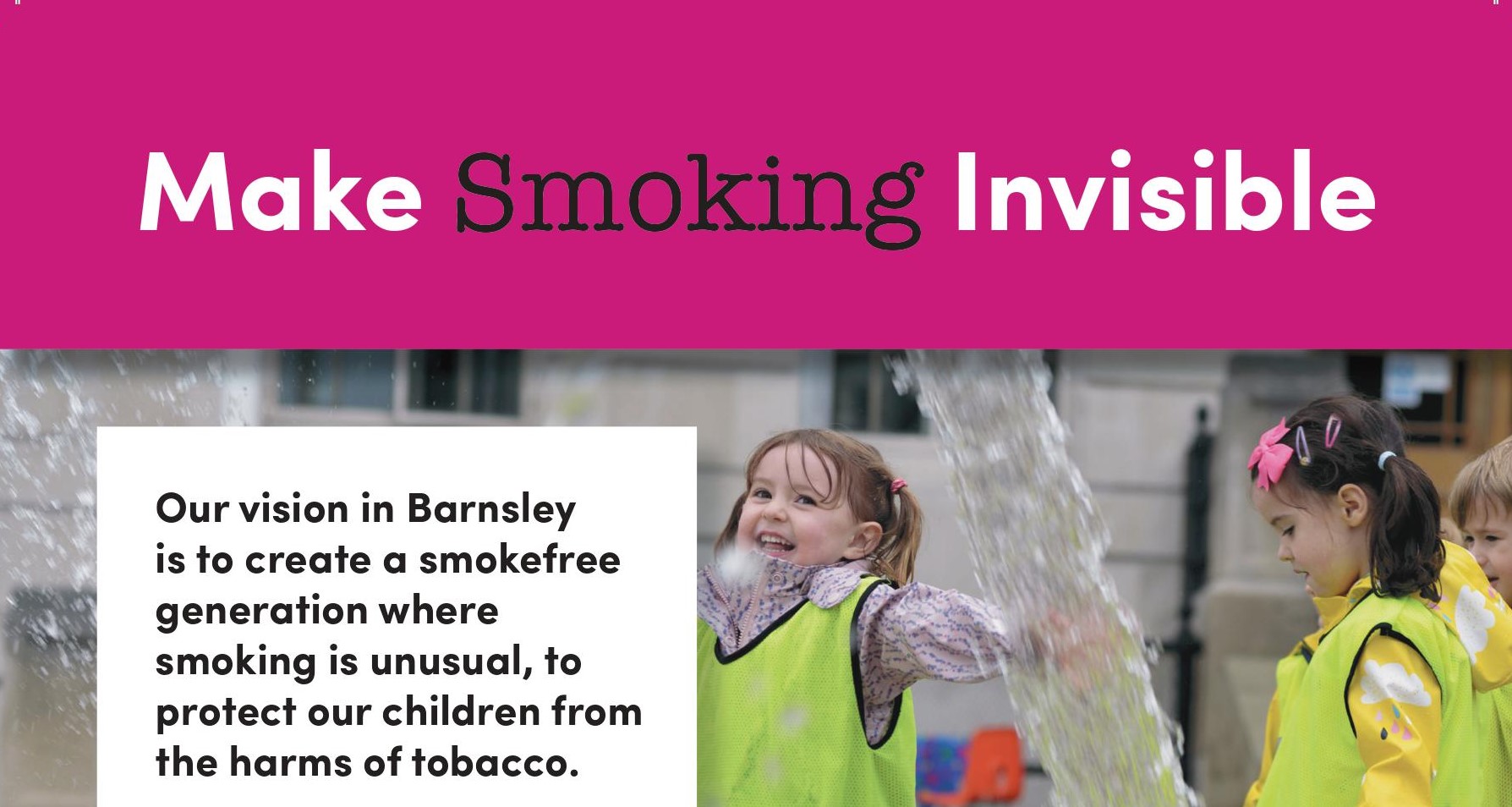