More and more people are discovering the benefits of composting their kitchen and garden waste, and six lucky competition winners have received a helping hand.

The competition was organised by the Barnsley, Doncaster and Rotherham (BDR) Waste Partnership and Renewi, the firm behind the award-winning waste treatment facility at Manvers, as part of a campaign to promote home composting.

The social media competition attracted hundreds of entries from across the region, with state-of-the-art composters up for grabs.

The winners of a high speed Hotbin, which can produce organic homemade compost in as little as 30 days, were Andrew Patchett from Barnsley, Lynn Evans from Doncaster (pictured) and Joanne Middleton from Rotherham.

Lynn is already a dedicated composter but is hoping the Hotbin will speed up the process. “We’ve been composting for a few years now as we have an allotment.  The Hotbin was easy to set up following the enclosed instructions.  I definitely recommend composting as it’s a great way to add nutrients to the soil.  Thank you for the wonderful competition and prize,” she said.

The winners of three smaller Bokashi system bins, ideal for smaller or paved gardens or for people without a garden, were Michael O’Conner from Barnsley, Cherise Carrick from Doncaster and Ann Bane Ward from Rotherham.

Abi Cox is the Community Education Liaison Officer based at Manvers which deals with household waste from Barnsley, Doncaster and Rotherham, diverting 97 per cent of it from landfill.

She is convinced of the benefits of home composting which can save greenhouse gases equivalent to all the carbon dioxide produced by a kettle for one year, or a washing machine for three months.

“Instead of throwing away garden and food waste, it can be transformed into a top quality fertiliser for plants and vegetables.  This saves money and helps save the environment by cutting carbon emissions,” she said.

“Composting at home gets more use out of garden waste and saves space in bins.  There’s lots of information available on how to get started and once people do begin home composting they become enthusiastic advocates for it.”

Find out more on the wasteless-sy.co.uk website where there are composting blogs giving step by step advice. 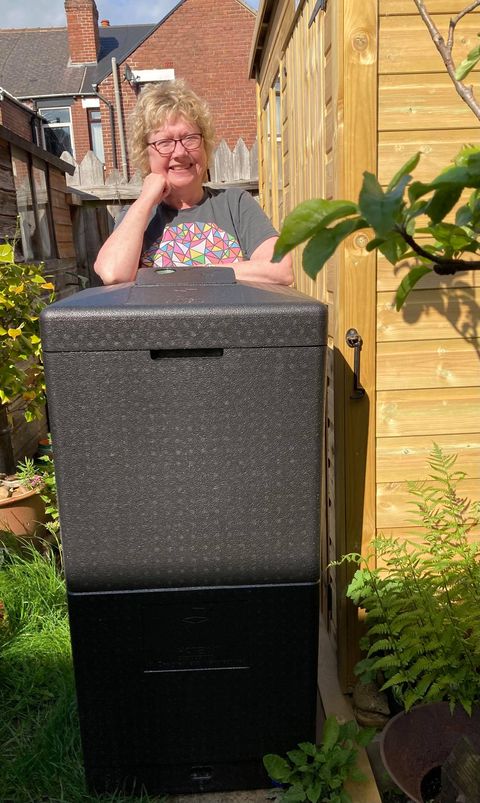