We’re so proud to announce that our former Councillor, Dorothy Higginbottom, has been named in HM The Queen’s Jubilee Birthday Honours List 2022.

Dorothy has been awarded this outstanding recognition for her public and voluntary services in Barnsley.

Dorothy has served residents of Barnsley for more than 54 years and as a member of the Great Houghton Parish Council. She was an unpaid volunteer in many capacities, from representing her local community on several school governing bodies, becoming Mayor in 2012-2013, to being Barnsley’s longest-serving Magistrate, having spent over 34 years on the Magistrate’s Bench.

Dorothy’s an inspiration to young people, encouraging them to take pride in their local community and take part in volunteering.

Cllr Sir Steve Houghton CBE, Leader of Barnsley Council, said: “This is wonderful news and a huge congratulations to Dorothy.

"This is a truly well-deserved achievement and one I’m sure Dorothy, her family and friends and the residents of Barnsley are proud of.

“Dorothy’s given a lifetime of service to the residents and communities of Barnsley and Great Houghton in particular. Her compassion and devotion to the people of Barnsley is an inspiration to us all.

"I'd also like to congratulate everyone who has been recognised by Her Majesty the Queen for their services." 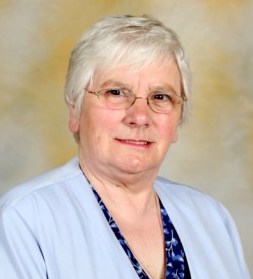