A vehicle used to fly tip waste has been crushed after Barnsley Council used new powers for the first time.

The Saab 93 was crushed after it was caught on CCTV being used to illegally dump rubbish in Barnsley. It is the fourth vehicle to be seized by the council and the first to be destroyed after the owner failed to produce the correct documentation required to claim the vehicle back following investigation.

The council is able to seize a vehicle if it is suspected to have been:

If nobody claims the vehicle, the council can choose to sell or destroy it. In this case, the council took the decision to have the vehicle crushed, sending a strong message to anyone considering fly tipping. The case will now go to court, with magistrates deciding on the outcome.

Cllr Jenny Platts, Cabinet Spokesperson for Communities, said: “We’re taking a tough stance on the minority of people who think fly tipping is acceptable. As part of our #EverybodyThink campaign to protect the environment, we’re using CCTV to identify those responsible for illegal fly tipping – we’re watching you, Dumpit and Scarper. If you choose to dump rubbish illegally and spoil the environment then you risk losing your vehicle permanently. You could also lose your driving licence and get a hefty fine in court.”

People can find out more about the work Barnsley Council is doing to reduce environmental crime and increase household recycling by following the dedicated Facebook page at www.facebook.com/DumpitandScarper or by searching the hashtag #EverybodyThink on social media. Information about suspected fly tippers can also be sent to the council using the email safer@barnsley.gov.uk any time. 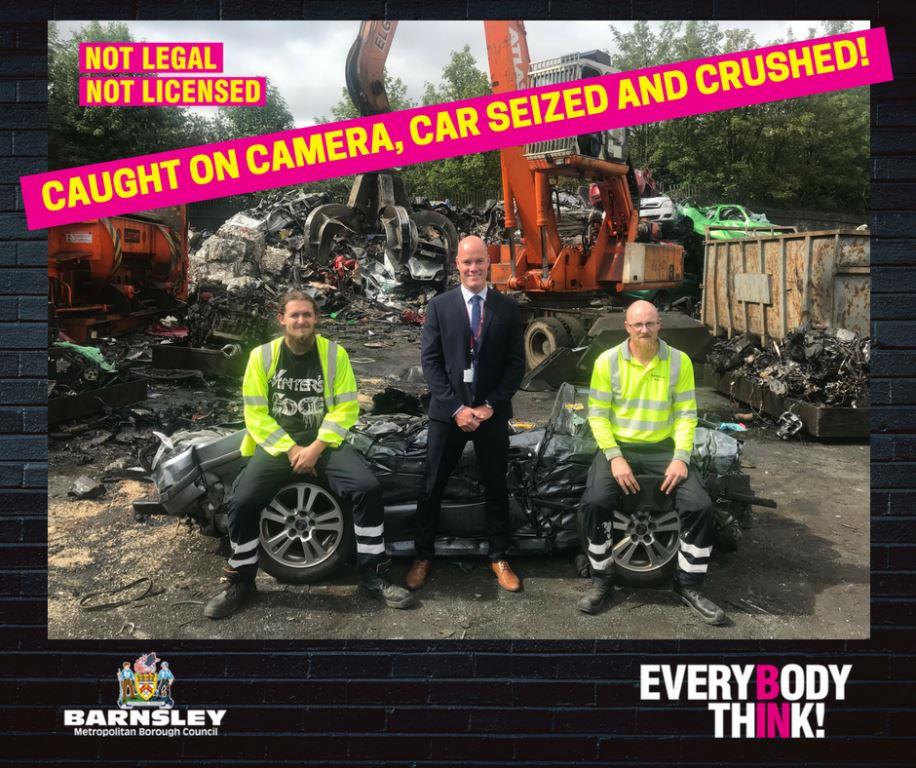