Have you seen the colourful wooden crates that have appeared on the corner of Eldon Street and Market Hill, in the town centre?

The Crate It artwork reflects some of the fascinating history of Eldon Street when it was once the cultural hub of the town centre and features the amazing characters who performed there in the past.

In the 1800s, entertainers came from across the world to perform in the theatres on Eldon Street, including the Public Hall, now The Civic, Barnsley and the Empire Theatre of Varieties which is now the Parkway Cinema.

The grand circus made of wood and led by famous circus master Charles Adams stood on Eldon Street in the 1870s. Many of the circus acts performed on horse-back, and local people would visit the circus stables during the day to view the horses.

There are many fascinating stories about the wonderful history of Eldon Street, including the Italian painter Tommaso Juglaris who won a design competition to paint the stage at the new Public Hall before it opened in 1878, and George Dinnie, the World’s Strongest Man, who came to the Public Hall in the early 1900s. Local people could challenge him to three rounds on stage for the chance to win the equivalent of a year’s wages!

Local artists Lenny and Whale created this bright and cheerful temporary artwork, which is part of and funded by the new Eldon Street High Street Heritage Action Zone.

Lenny and Whale said: “We hope our temporary crates installation will spark interest and intrigue in to Eldon Street's history, as well as create an alternative colourful seating area, whilst the town centre regeneration continues.

“On the day we were installing the artwork we had a great response from passers-by who liked the way the bold coloured crates brightened the area up and were intrigued to hear about the performers of times gone by.”

Many of these stories will be explored in a new digital exhibition about the early years of the Public Hall (now The Civic, Barnsley) that will be launched later in the year. 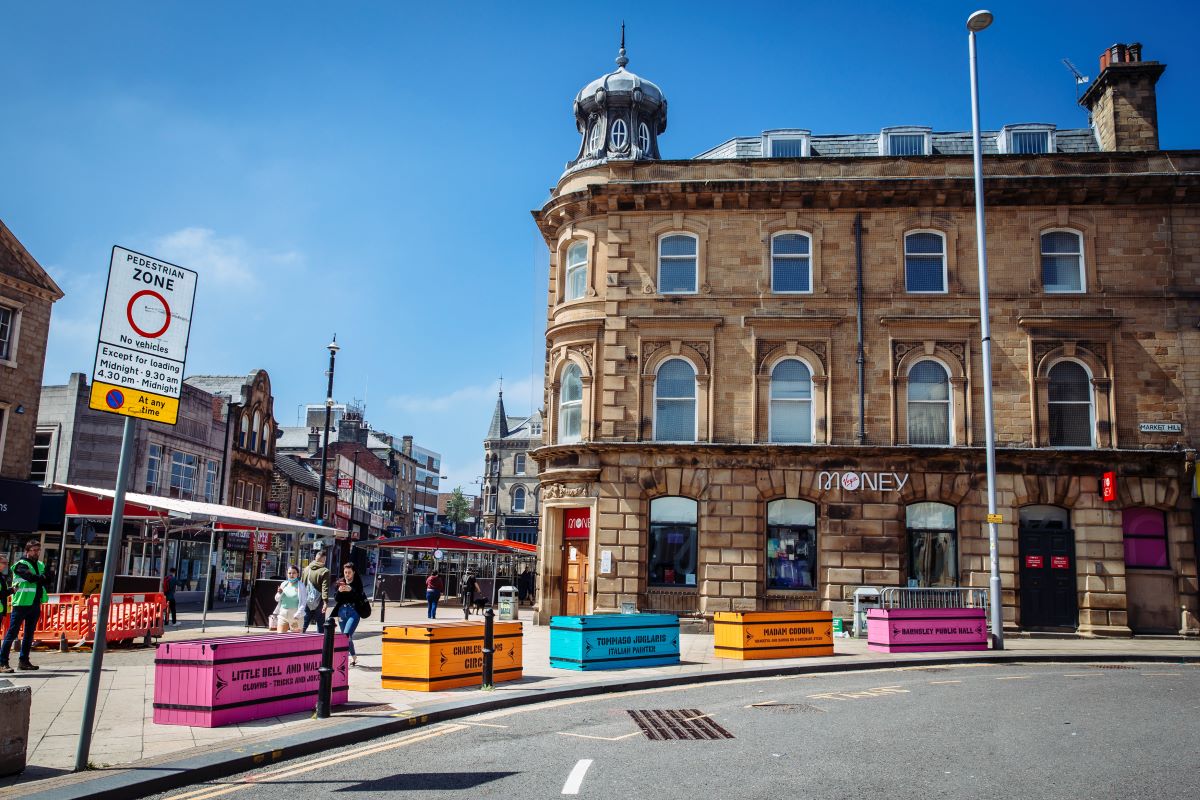