A cluster of land along the River Dearne and its tributary the River Dove, near Barnsley, has been officially recognised as a Site of Special Scientific Interest by Natural England.

Natural England has today officially notified that the Dearne Valley Wetlands is a SSSI for its nationally important bird species, including the willow tit, as well as wetland birds such as bittern, garganey, lapwing, redshank and avocet.

The SSSI links different pockets of valuable habitat in the Dearne Valley area between Pool Ings near Royston in the north, a large area between Worsbrough in the west, and Adwick Washland in the east.

Natural England worked with a number of organisations on the SSSI proposal, including the RSPB, Yorkshire Wildlife Trust, Garganey Trust, Environment Agency, Barnsley, Rotherham and Doncaster councils, together known as the Dearne Valley Green Heart Partnership.

Cllr Tim Cheetham, Cabinet Spokesperson for Regeneration and Culture, said: "The fantastic news that the Dearne Valley Wetlands is being designated a Site of Special Scientific Interest is testament to the incredible work of a huge number of people and organisations over many years.

"Two of the borough’s many renowned visitor attractions, Barnsley Council’s Worsbrough Mill and Country Park and RSPB Old Moor, are among a total of 15 sub-sites recognised here for their staggering conservation success seen in recent years.

"This designation demonstrates that through much hard work and commitment, it’s possible to see tremendous recovery of habitats and animals in areas where more than a century of industry has weighed heavily on the landscape.

"We are now able to look forward to further recovery of our natural environment alongside further growth of our economy, through sustainable development and enhancement of this SSSI going hand-in-hand."

Paul Duncan, Natural England Area Manager, said: "Much of the land within the Site of Special Scientific Interest was formerly used for coal mining. The brownfield land of disused railway lines and spoil heaps has developed important scrub habitats while other land has been used to create new wet grasslands, wetlands and open water sites.

"Many areas of the Dearne Valley Wetlands have public access including the RSPB reserve at Old Moor, so it not only protects valuable habitat but it also gives opportunities for local people and visitors to experience and connect with the rich wildlife of the valley, as well as provide economic benefit to the area.

"The designation as a SSSI ensures the national importance of this place for nature and people can be fully taken into account in future decisions regarding its use and management."

A key factor in achieving the SSSI status was the stronghold of willow tits, a nationally important bird species, which has declined by 94% since the 1970s and is now this country’s most threatened resident bird species.

One of the catalysts for the regeneration was the establishment of Old Moor nature reserve by Barnsley Council in 1998, before management was taken over by the RSPB in 2003.

RSPB Yorkshire and Humber Area Manager Richard Barnard said: "The restoration and improvement of the Dearne Valley into the nationally important home for wildlife that it is today is one of the great success stories in UK nature conservation.

"The history of the Dearne shows how investing in nature is vital for addressing the nature and climate emergency and can help bring wildlife back to the nature-depleted environments from which it has been lost.

"In the Dearne Valley, investment in sites like RSPB Old Moor has led to wetlands that help protect homes and businesses from flooding, provide jobs for local people, and offer amazing, nature-rich recreation opportunities, as well as homes for wildlife.

"This has only come about because of the combined efforts and commitment of all involved. From the local birders protecting the original wetlands through to the partners involved today, it has been a real team effort that should bring hope to everyone."

Large parts of the wetlands that now form part of the SSSI were established for flood risk management purposes by the Environment Agency to slow the flow of water down the Dearne Valley to the River Don, including Bolton Ings, Adwick and Houghton and protect communities along the rivers Dearne and Don.

Anthony Downing, Environment Agency catchment co-ordinator for the Don and Rother, said: "In the 1980s, the Dearne Valley was a post-industrial landscape including the bulldozed remains of the pits, spoil heaps, coking plants and railway marshalling yards, known locally as ‘Hell’s Kitchen’ because of the frequent fires that broke out there.

"The transformation of the Dearne Valley following the closure of the coal mining industry and coke works to this remarkable landmark of SSSI notification is a truly fantastic achievement, and it is thanks to the tireless efforts of a partnership of organisations and dedicated individuals.

"One of the key drivers of the habitat regeneration was combining nature with flood risk solutions – the washlands still provide the flood risk protection but also wider benefits not only for wildlife but also create a ‘green lung’ for the people of the Dearne Valley."

Yorkshire Wildlife Trust Chief Executive Rachael Bice said: "A truly inspiring transformation has occurred over a few decades to make this place, so culturally important to the residents of Barnsley, into an abundant living tapestry where both wildlife and people can thrive. The Dearne Valley was stripped bare and polluted during the Industrial Revolution as coal mines reshaped the landscape and waterways in the area.

"Yet nature has recovered here with help from a committed partnership stewarding the changes, and this landscape is now a national exemplar for what is possible, when we support nature to flourish again. It is wonderful that Natural England have designated this landscape recognising the impact of the work done with the community."

Garganey Trust Chairman Jeff Lunn BEM said: "This is fabulous news for the Dearne Valley and we are thrilled that our site at Broomhill Flash has been recognised in this way. We’ve described the wetlands along the Dearne as a ‘string of pearls’ for many years and so it is fitting that their true value is now being appreciated. It shows that we can make a real contribution locally to the twin global crises of the loss of our planet’s wildlife and combatting the effects of climate change."

Natural England has notified landowners and occupiers, and statutory bodies of the designation of the Dearne Valley Wetlands SSSI. There is now a four month consultation period in which people can give their views.

For people wishing to visit parts of the Dearne Valley Wetlands SSSI the following access points are open to the public (subject to the latest coronavirus restrictions – check before visiting): 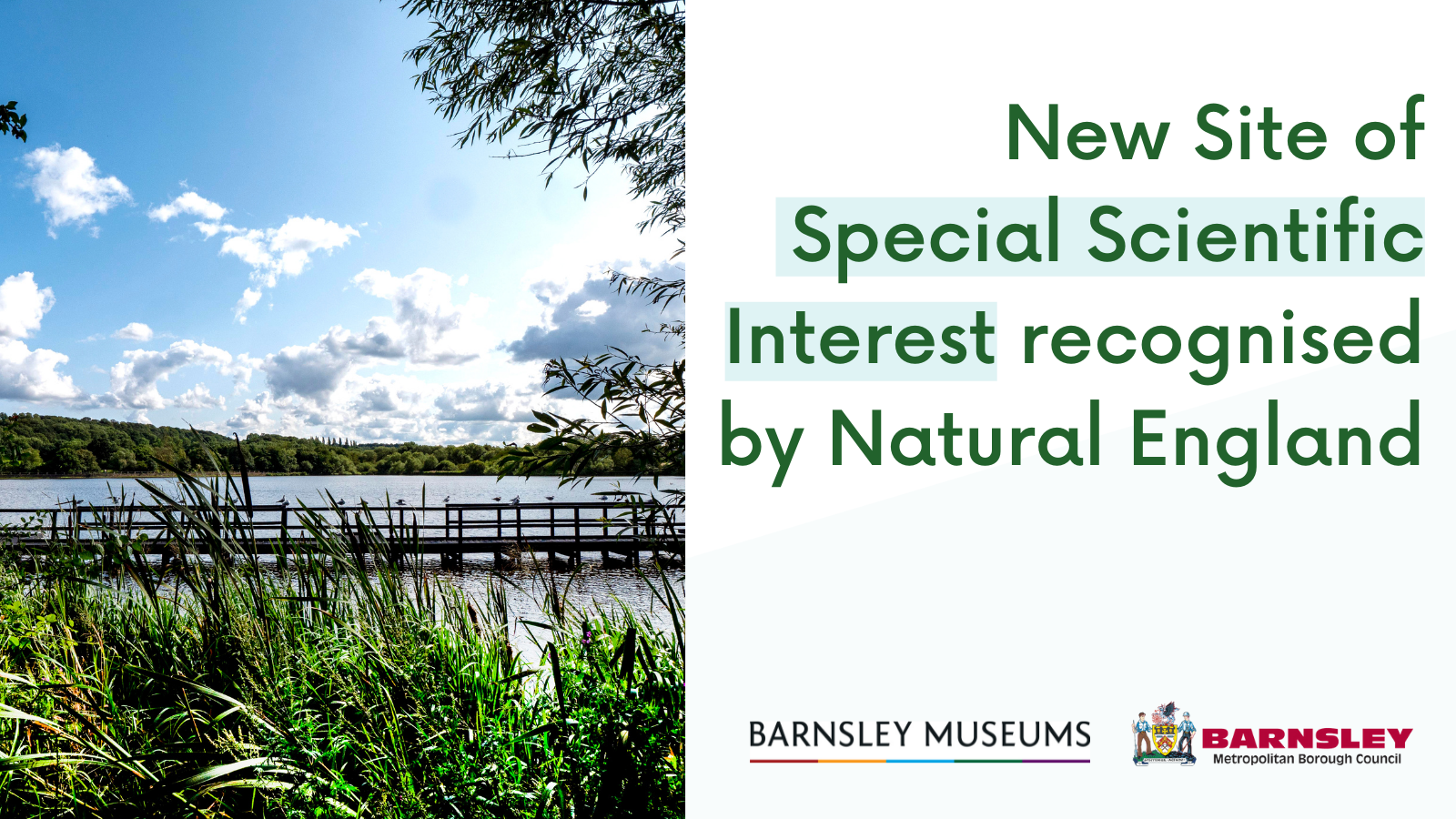