Demolition of the former Horse and Groom pub will begin on Monday 18 October ready for the development of a new town square as part of the £23.1m Towns Fund investment.

An exciting and ambitious £23.1m investment in the future of the Dearne was approved by the government in March. It followed the submission of a Town Investment Plan prepared by the Goldthorpe Town Board designed to help attract jobs and economic investment to the area, improve the local street scene and attractiveness of the High Street, improve local housing and develop better transport links.

The money will fund six key projects and detailed business cases for these projects are currently being prepared before the funds can be released from government. Development of the former pub site for community use as a new town square is one of these key projects.

Although the business case is still being prepared, the purchase and demolition of the Horse and Groom has already been funded as part of a series of early intervention projects approved under the Towns Fund so some elements of the plan could be started before the main £23.1m is released.

Contractors from Thomas Crompton Demolitions Ltd will be on site from Monday October 18 and the strip-out and demolition is expected to take up to six weeks.

Derek Bramham is chairman of the Goldthorpe Town Deal Board which is made up of local residents, interests and representatives. He said: “The building in a poor state of repair and has become an eyesore. It would not have been viable for the building to be re-opened.

“This important site at the heart of Goldthorpe will have a much more positive future as a public square, and we look forward to more details about this exciting development in the coming months.”

As part of the demolition process, the sign from the pub, and the original stone that made up part of the walls will be salvaged so that the heritage of the pub can be remembered.

A consultation was held over the summer to gain local people’s views on the future of the site. The views gathered through this questionnaire will help shape the business case for the town square project.

For more information see barnsley.gov.uk/TownsFund or for any enquiries about the demolition contact townsfundgoldthorpe@barnsley.gov.uk 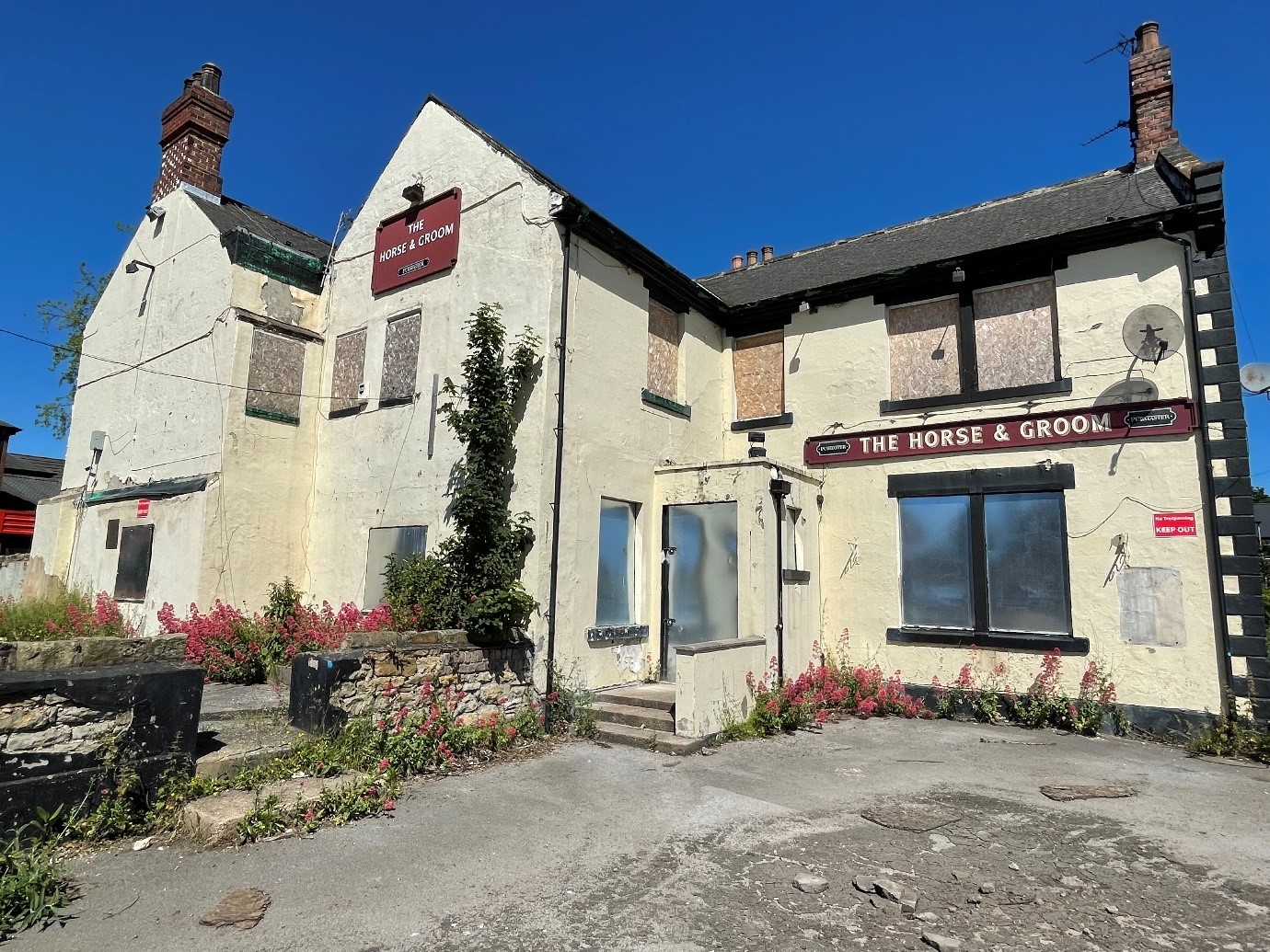