Another year has passed and another year’s worth of progress, achievements and improvements have been highlighted in Barnsley Council’s year end (April 2018 to March 2019) performance report, which has been presented to Cabinet members today, Monday 24 June.

We have successfully supported 145 new businesses to start trading and an impressive 287 businesses were supported to expand in 2018/19- exceeding annual targets and bringing new opportunities and jobs to the borough.

This is just a snippet of the progress outlined in the report but provides a clear indication of the reports overall findings.

The report – which is produced quarterly and at year-end  - tracks the council’s progress towards achieving their twelve outcomes which are critical in making sure the three corporate priorities are achieved, as laid out in the corporate plan.

Areas to improve upon include creating more jobs by working with the private sector. While 1,275 jobs were created for the borough in the last year; this is 94 per cent of the 1,350 jobs we were aiming for by the end of the year.

63.1 per cent of care leavers were in education, training or employment at the end of March -  below our target of 65 percent; however, our performance remains above national, regional and statistical comparators.

Employment opportunities for those with learning disabilities were at 3.2 per cent at 31 March, achieving the year-end target. However, we are significantly below the England average (six per cent) Yorkshire and Humber Average (7.4 per cent) and are ranked third from the bottom against Statistical Neighbours; so significant improvements are required in this area.

The report also highlights the progress made towards the priority to help people achieve their potential by creating a healthier, safer and better-educated population:

Areas for improvement include improving school attendance levels. The figure for secondary schools fell to 93.6 per cent and to 95.4 per cent in primary schools in the 2017/18 academic year.

The take-up of two year old’s entitlement to free childcare/education is currently at 70 per cent, against a target of 80 per cent, so work will also take place to encourage more families to take up this offer.

Communities continue to become more strong and resilient, with some fantastic achievements highlighted:

Areas for improvement include the time taken to respond to complaints within agreed timescales – currently at 78 per cent against a target of 93 per cent.

Some 47 percent of the council’s spend was done so locally against the target of 54 percent.

Barnsley Council energy derived from renewable sources was 12 per cent against a target of 18.5 per cent.

Cllr Alan Gardiner, Cabinet Spokesperson Core Services, said:  “This report shows the tremendous achievements and progress made towards achieving the council’s corporate priorities, which together strive towards a brighter future for Barnsley.

“We will continue to work hard to achieve and improve the outcomes for our customers and the community. There are already a number of initiatives in place to deal with areas where we need to make improvements.”

We’re committed to #ImagineIt by working to make Barnsley a place where people love to live and work, and where they can see a brighter future for themselves and their families. #OwnIt by finding out how we’re reaching our goals by reading out quarterly performance reports. 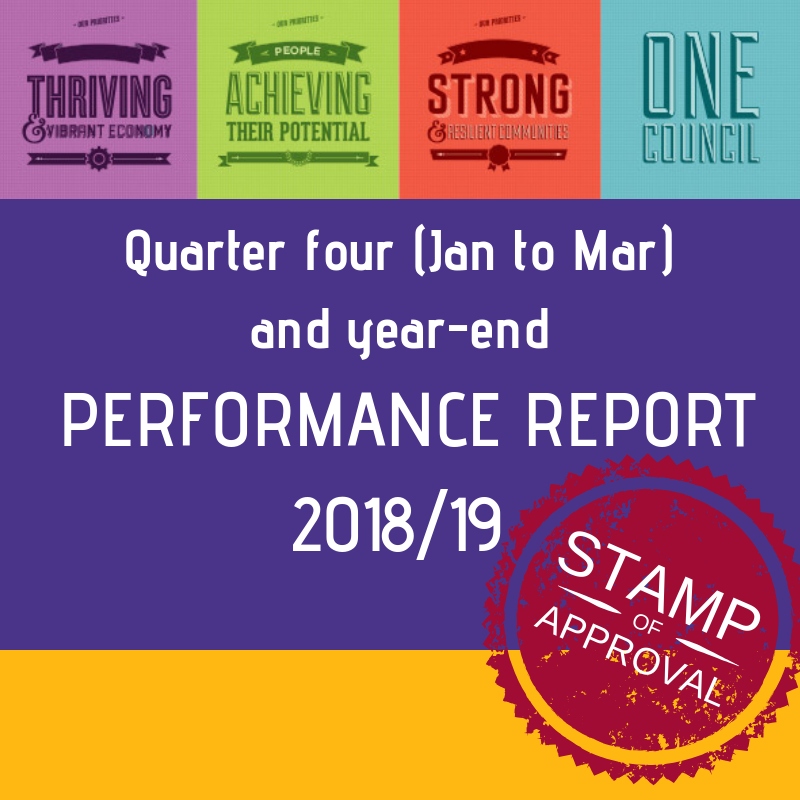