Barnsley Council continues the push to crack down on fly tipping in the borough by celebrating the first crushing of 2019.

On Thursday 4 April, the council scrapped a Ford Transit van, the sixth to be crushed by the enforcement team. The activity is part of the Everybody Think campaign, sending out a strong message that fly tipping will not be tolerated. Since the team began using their powers to seize vehicles in 2018, they have raised the standard of enforcement in the borough, crushing the most cars in the Yorkshire and Humber region.

The vehicle was seized using the enforcement team’s delegated powers as part of an investigation for environmental-related offences in Worsbrough. The registered owner of the vehicle has a set period to claim the vehicle back, if it’s not claimed in this time, the council can choose to sell or destroy it. In this case, it was decided that the vehicle should be crushed due to the saleable value being limited.

The council can seize a vehicle if it is suspected to have been:

Wendy Lowder, Executive Director for Communities, said: “In 2019 we’re committed protecting our beautiful borough and stamping out fly tipping. We’ll continue to remove vehicles like this when involved in environmental crime. If you choose to carry rubbish illegally and spoil the environment, then you risk losing your vehicle permanently.

“As part of our #EverybodyThink campaign we will continue to work with the police and the public to tackle environmental crime. You can #ProtectIt by only giving your rubbish to someone with a valid waste carriers’ licence. If that person has no authority to carry waste, you can be held responsible and face court action.”

People can find out more about the work Barnsley Council is doing to reduce environmental crime and increase household recycling by following the dedicated Facebook page at Facebook.com/DumpitandScarper or by searching the hashtag #EverybodyThink on social media.

We're committed to #ProtectIt by looking after our beautiful borough, making it easier for you to dispose of large items. #OwnIt by making some small changes, such as recycling, reporting litter and fly tipping to keep Barnsley clean and green. 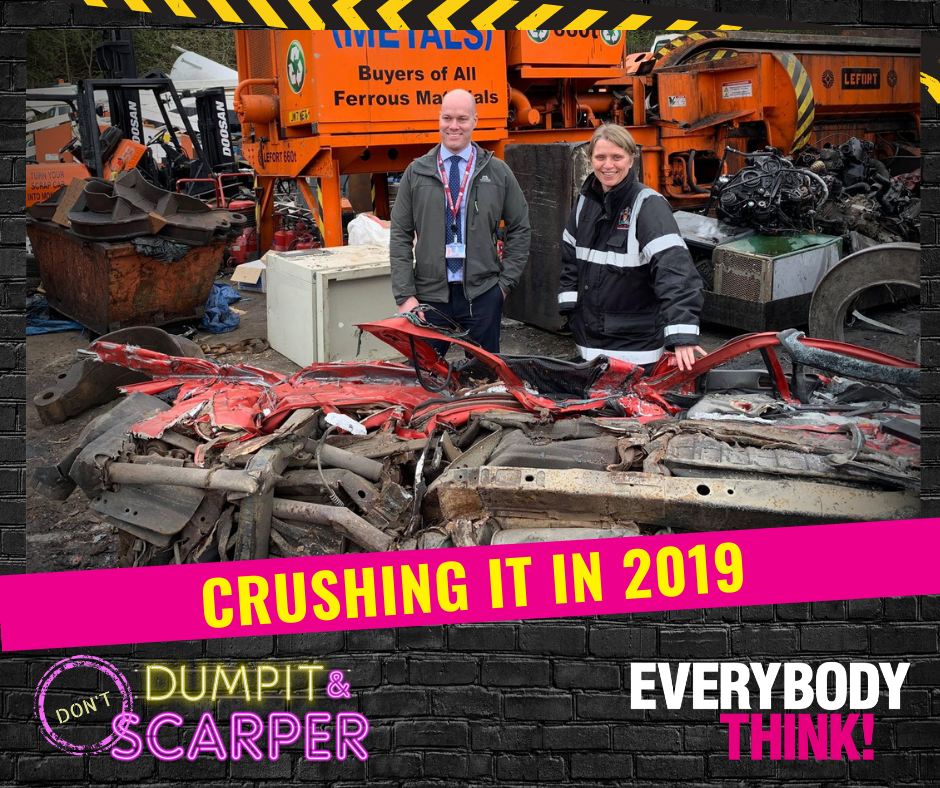