Alongside holding a meet and greet with fans, Jean-Christophe will be cooking up a storm in two lively cookery demonstrations. Each performance will last approximately forty-five minutes and take place on the first day of the event. The 5 AA Rosette chef will showcase a selection of his recipes which people can recreate at home.

Jean-Christophe Novelli began his career at the tender age of fourteen as a baker in his home town of Arras, Northern France. His life changed completely in 1983 when he arrived in Great Britain and spent a year taking care of Keith Floyd’s pub, The Maltsters. In 1996, he opened four restaurants in London and began his internationally based mini-empire.

Joining Jean-Christophe and holding four 45 minute cookery demonstrations each, over the two-day festival will be the Pigott Brothers and Mira Manek.

Matthew, Samuel, and Edward, runners-up in the final of 2017’s The Great Family Cooking Showdown on BBC2 make up the Pigott Brothers. Masters of meat and outdoor cookery, and influenced by cuisines from all over the world, the Pigotts impressed the judges with their bold flavours and dishes such as Jerk Chicken Kebabs and Baked Beans with Bubble and Squeak Hash Browns.

New voice in Indian food and wellness Mira Manek will also be joining the Pigott Brothers for the full weekend festival. Mira champions healthier ways of eating and takes her inspiration from the traditional vegetarian and vegan recipes of her mother and grandmother, who are from the Gujarati region of India. From chilli kick grain bowls and masala grilled aubergines to saffron muesli, Mira’s food is colourful, fragrant and full of flavour. She also uses spices for their healing properties, with recipes including detox cumin water and fennel seed smoothies. Many of her favourite recipes are collected in her cookbook Saffron Soul.

Flavours Food Festival is now in its third year situated in Elsecar Heritage Centre, located a mere 2 miles from junction 36 of the M1. The unique historical site will be transformed over the weekend of Saturday 20 and Sunday 21 October into a bustling marketplace. With over 50 local and national producers on show, the centre will offer a wide variety of tasty treats and delicious beverages throughout the event.

The family-friendly festival will feature fun for all ages with street entertainers, performance artists and activities to keep the youngsters entertained. While there, people can also explore the original Earl Fitzwilliam's Workshops, now converted into a series of independent shops, antique centre, play area and quaint cafes.

Alongside live cookery demonstrations and foodie fun, the festival will also feature live music. Acts ranging from rock and pop to blues and indie will perform over the two days on the live music stage. Visitors will be able to carry on the fun late into the evening on Saturday 20 October with headliners TFI the 90’s, ending the evening in style at 9pm. Combined with a wide selection of craft ale, prosecco, cocktails and street food on offer, the night promises to be one to remember. Other acts appearing over the weekend include; Twenty-Eighth Club, Laura Kelly, Jade Helliwell, Keiran La Fox and Megan Blackburn. With many more acts still to be announced.

Jean-Christophe Novelli said: “I’m so excited to be coming to the fabulous Flavours Food Festival, set in the wonderful historic village of Elsecar this autumn. I will be holding two demonstrations in the cookery theatre on Saturday 20 October and meeting some of the stall-holders and visitors. I hope the people of Yorkshire will come and say hello.”

Cllr Roy Miller, Cabinet spokesperson for Place at Barnsley Council, said: “We are delighted to welcome a Michelin star chef of Jean-Christophe Novelli‘s calibre to Barnsley and look forward to seeing what exciting dishes he will be serving up on the day.

“Last year’s festival was extremely popular, and we are certain that this year will be even better. With an array of family-friendly entertainment sitting alongside live music, foodie fun and free parking it promises to be a great day out for all the family.”

Tickets are £5 per person with children under 14s free to attend with an adult. For more details about the event visit bit.ly/flavoursfoodfest2018. Tickets can be purchased by searching Flavours Food Festival on Eventbrite.co.uk. 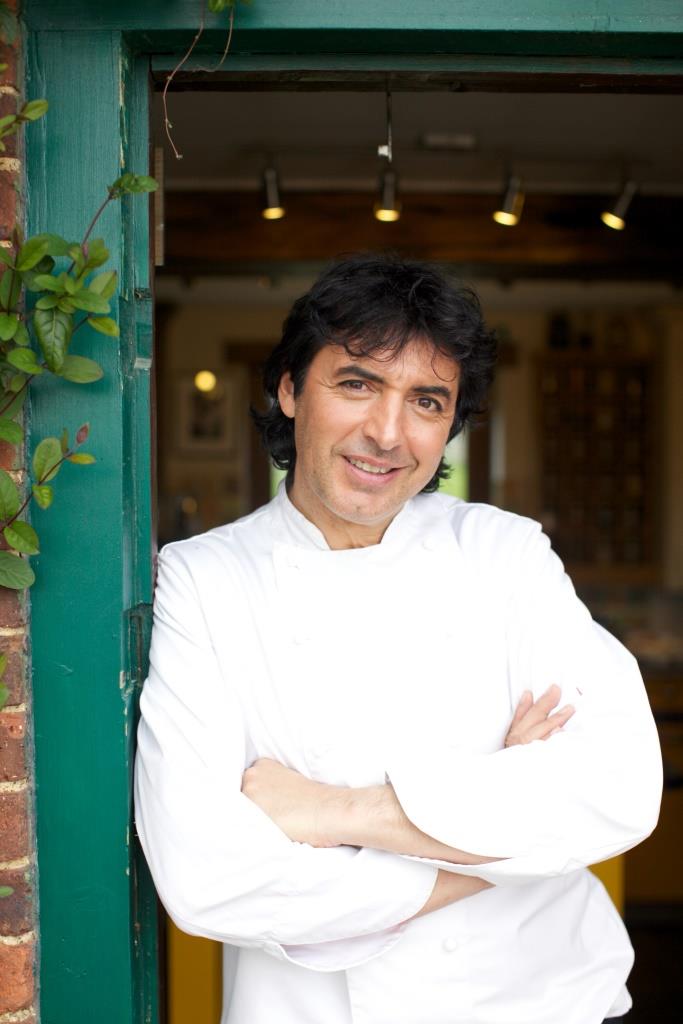