Constanta Cretu and Ion Gusa from St Johns Road, Barnsley were caught on CCTV on 27 May 2018, fly-tipping.

Barnsley Council’s enforcement team used their delegated powers to seize the vehicle used while the investigation was carried out. Cretu was unable to produce documents to prove that the vehicle belonged to her and as the vehicle was of no real value it was crushed on Tuesday 14 August.

The council can seize a vehicle if it is suspected to have been:

If nobody claims the vehicle within a defined period, the council can choose to sell or destroy it. In this case, the council decided to have the vehicle crushed due to the saleable value being limited, sending a strong message to those who fly-tip.

Cretu pleaded guilty to the same but by virtue of her being the person on control or in a position to control the motor vehicle in which the waste was carried and deposited from.

At the court hearing, they both said they were sorry, Gusa said he was not aware that they could not tip there, that there was waste already there and so thought it was ok to do same. Both now understand that it was unsightly and costly to clear up. Cretu said that she did not think it would be treated so seriously.

Each was given a twelve-month community order, to carry out a hundred hours of unpaid work.

Matthew Gladstone, Executive Director for Place, said: “CCTV footage has once again helped us to identify the culprit and gain a court prosecution. Fly-tipping will not be tolerated in Barnsley, and we will continue to pursue those who spoil our beautiful borough.”

“The #EverybodyThink campaign continues to work towards stamping out fly-tipping. Letting residents know it is not ok to spoil our beautiful borough. We will continue to use all the powers we have to make this socially unacceptable and take action against those who break the law.”

To find out more about the work, the council is doing to reduce environmental crime and increase recycling, visit facebook.com/DumpitandScarper or follow the hashtag #EverybodyThink. 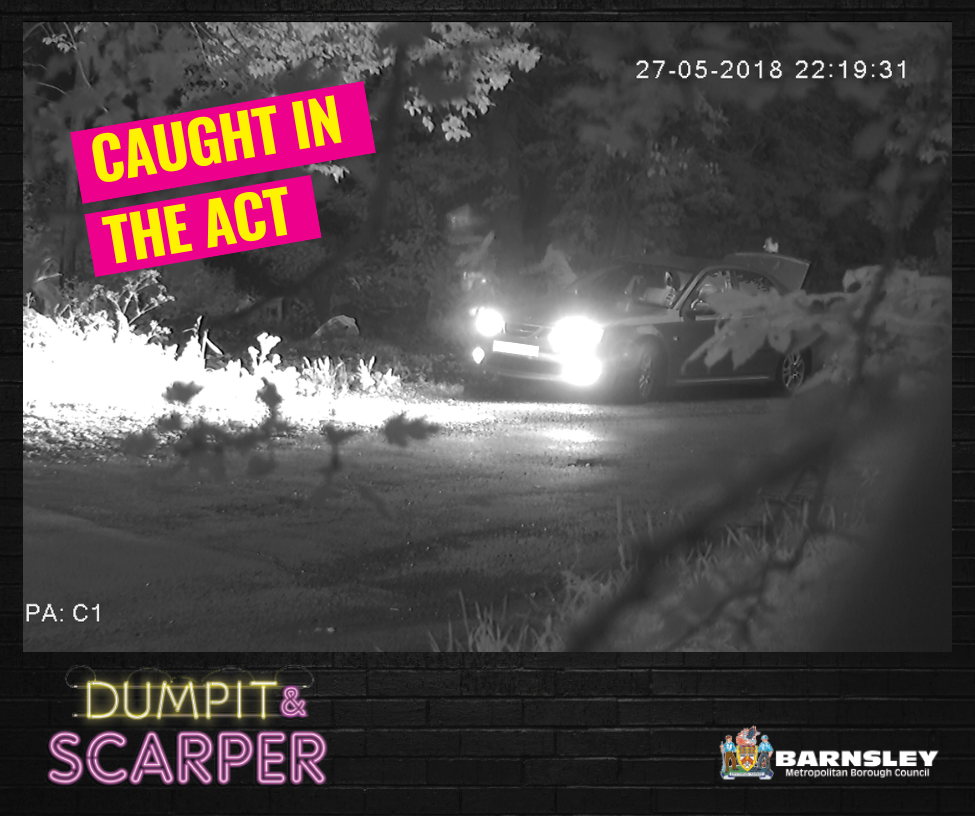