Barnsley Council has launched a brand new campaign in an effort to recruit local foster carers who can offer long-term placements to older children. The campaign, named ‘Foster me, foster my future’ has been created with input from some of Barnsley’s looked after children as well as care leavers who know first-hand what it is like to be supported by foster carers.

Across England, around 52,000 children and young people are in foster placements. There is a need both nationally and locally to find people who are able to care for children aged eleven and over in particular, and on a long-term basis, supporting them into young adulthood. Securing a stable home environment for fostered young people is vital if they are to have the best chances in life and realise their ambitions.

The ideas for Foster me, foster my future came from those at the heart of the campaign who can’t live with their birth families for a variety of reasons, but who need the same support and encouragement that most families take for granted. The fostering team in Barnsley offers support and training to new and existing carers, combined with financial support and payment for skills in recognition of the vital role that foster carers play.

The young people behind the campaign want to dispel some of the outdated misconceptions about children in foster care as well as those around who is eligible to foster - and attract more people to step forward and find out more. The group has chosen the artwork and created key messages for the campaign. They are keen to highlight that whilst people may be nervous about fostering older children and teenagers, the rewards of doing so are many and varied.

Cllr Margaret Bruff, Cabinet Spokesperson for People (Safeguarding) said: “I’m really proud of the work that has gone into creating this new campaign. Involving our looked after children and care leavers has given a unique perspective into their lives and has enabled us to capture their ideas. The message is clear - these young people simply want to belong and to have the chance to be supported and encouraged to reach their potential just like anyone else.”

The fostering team is inviting anyone thinking about becoming a foster carer to come along to the last fostering information evening of the year on Wednesday 23 November, 6.30pm at Barnsley Town Hall. 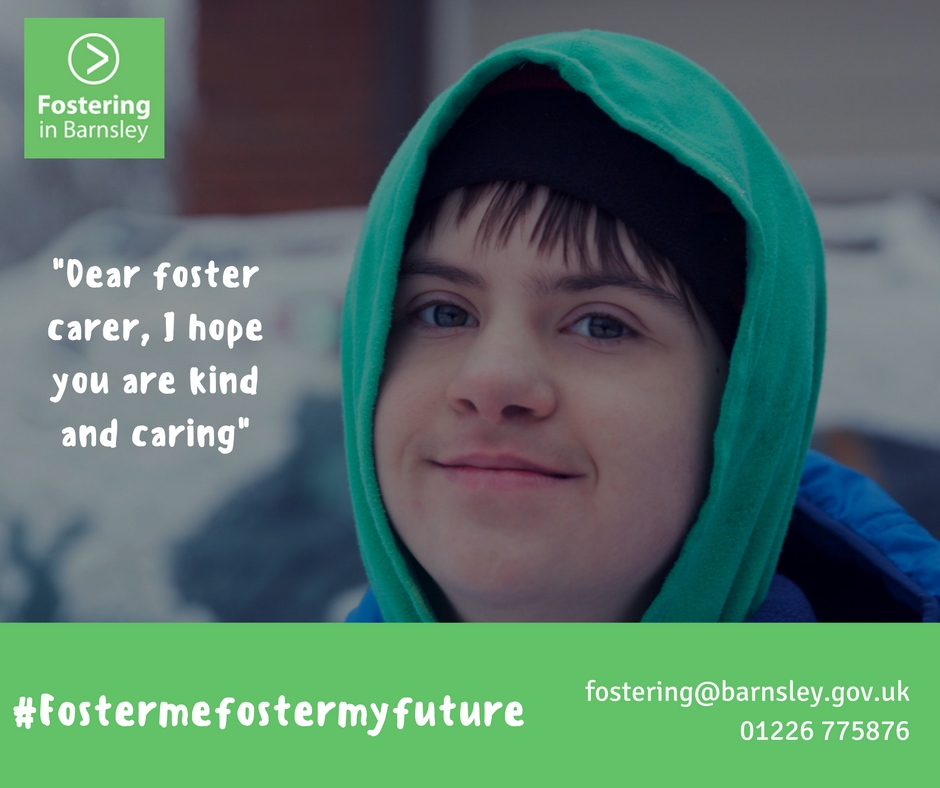