The Local Government Boundary Commission is asking for your views on proposals for a minor change to the boundary between Barnsley and Sheffield.

It’s proposed that the Oughtibridge Mill development be moved from the Penistone East ward in Barnsley and added to the Stocksbridge and Upper Don ward in Sheffield.

The Oughtibridge Mill development of 284 residential properties lies in the south of the Barnsley Council area. It crosses the boundary between Barnsley and Sheffield councils. Local geography such as road connections means that the development will be more associated with Sheffield than Barnsley.

We agree, along with Sheffield City Council, that it would be sensible for the new Oughtibridge Mill development to be part of Sheffield rather than Barnsley. We have asked the independent boundary commission to draw up formal proposals and consult on them.

Have your say on the proposals:

The six-week consultation runs until 7 November 2022.

Take a look at the proposals on the Local Government Boundary Commission website.

Email or write to the Local Government Boundary Commission telling them what you think and why.

Email reviews@lgbce.org.uk or write to:

The Local Government Boundary Commission will consider the views submitted and make a recommendation to the Secretary of State for Levelling Up, Housing and Communities, who has the final say on making the change. 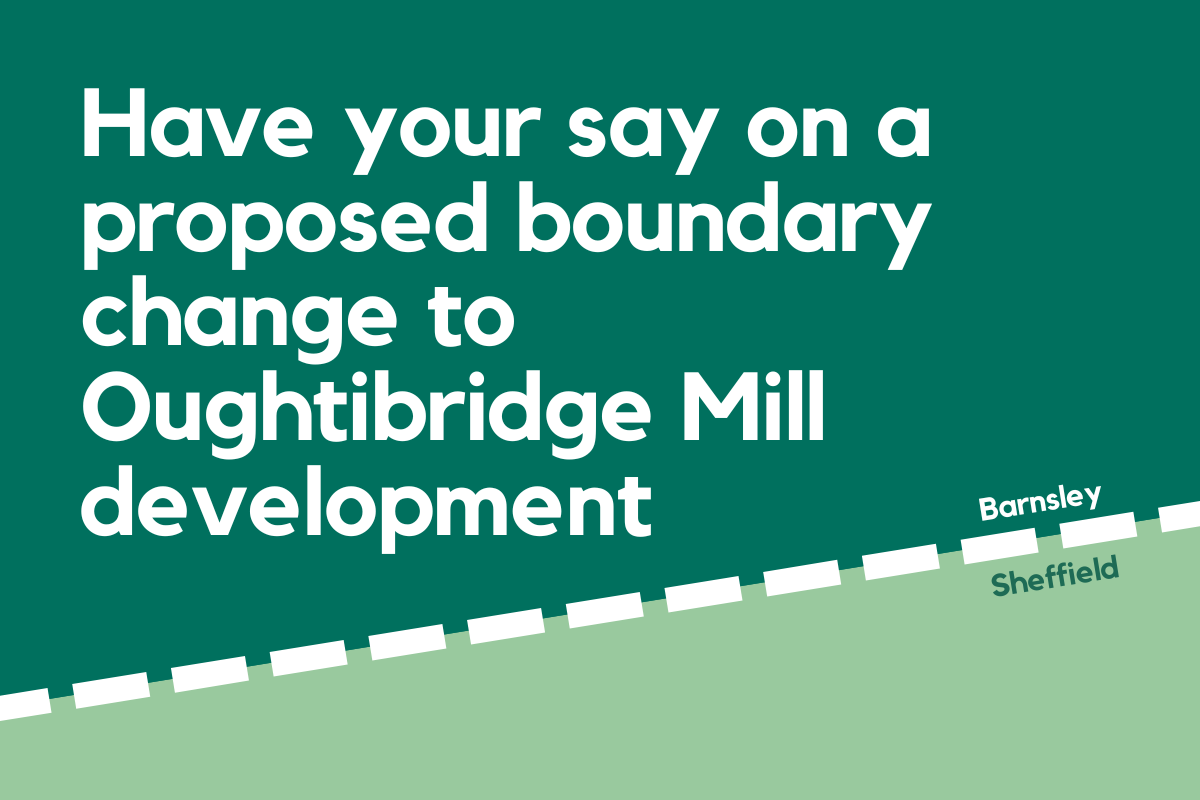