Local businesses joined the Mayor of Barnsley, BBC Radio Sheffield’s Steve White and members of the council’s Public Health team to celebrate two brilliant local award ceremonies – the Be Well @ Work Awards and the Best Bar None Awards at an event at the Civic on Wednesday evening.

The Be Well @ Work Awards recognise and celebrate the good work that is taking place in businesses across Barnsley to improve health and wellbeing within the workplace.

Best Bar None was launched in Manchester in 2003 and is supported by the Home Office and the drinks industry. It aimed primarily aimed at promoting responsible management and operation of alcohol licensed premises and to drive improvements in the evening and night-time economy.

Employers are increasingly recognising the business benefits of investing in the health and wellbeing of their workforce and how being a caring employer providing ‘good work’ enhances their company image and reputation.

Some excellent examples of the good practice that is taking place in Barnsley were present at the awards.

The Best Health and Wellbeing Initiative award is for a business which has introduced a health and wellbeing initiative that has made a real impact and difference in the workplace and has been sustainable in the long term. The runner up in this category was Barnsley Premier Leisure and the winner was Berneslai Homes.

Workplace health champions are the eyes and ears of an organisation and are vital in developing a successful health and wellbeing programme. Each champion was nominated because they excelled in their role and went that extra mile. They have negotiated with managers, supported staff, encouraged employee engagement and have been responsible for developing and introducing ideas and initiatives.

The runner up award went to Elaine Bradley-Smith, TLC Homecare and the winner of was Gina McDermott, XPO Logistics.

The Small Business Award, for organisations with less than 50 employees, is presented to a business which has introduced a number of workplace health interventions, encouraging a supportive and productive environment where employees can flourish. This year’s runner up was Utility Consulting and Engineering and the winner was Jump Primary School.

The Medium Business Award (more than 50 but less than 250 employees)  has the same criteria, but in addition, the organisation will have introduced a range of measures as a part of their health and wellbeing strategy that are well embedded in the organisational culture. The runner up award went to Distinction Doors and the winner was Penistone Grammar School.

The Large Business Award: (more than 250 employees) had the same criteria as the medium business category. The runner up was XPO Logistics and the winner was Berneslai Homes.

Best Bar None is an important part of the council’s strategy to create a fantastic evening and night time economy in the town centre.  Everyone in this room has a role to play in creating a safe and clean environment for people to visit, in creating an attractive environment, in attracting a diverse crowd and in ensuring Barnsley has something unique and exciting to offer.

Alongside The Glass Works regeneration scheme, venues’ involvement in Best Bar None will provide Barnsley with a vibrant town centre where people who visit know they will have a great time and be well looked after.

The process of becoming a Best Bar None accredited venue is not an easy one.  It takes time and effort from both an assessor and venue perspective.  A venue must meet over 60 standards providing evidence against each one, but the benefits are significant.

The winners of the Best Bar None Awards were as follows:

The Best Bar Award went to The Garrison, a venue which demonstrated a strong commitment to improving their standards, showing enthusiasm towards delivering their services to the highest possible standards.

The Best Late Night Venue was awarded to Che Bar & Coco, which went above and beyond the standard criteria for the best bar none accreditation. This venue has good measures in place to try to ensure public safety both inside and outside of the premises and is well managed.

The Best Pub From a National Company is a new award for this year’s scheme due to the increase in venue participation. It was won by The White Bear, whose policies and procedures cover every aspect expected within the Best Bar None scheme. Assessors found that policies look after both customers and staff.

The Best Newcomer award was picked up by Pavilion, a venue which judges recognised has assisted in raising the standards in the top end of town and as such other smaller venues have followed.

The award for Most Improved Venue is another new award this year and is in place to give recognition to those venues that have significantly improved on their previous assessment. It was won by Soul Lounge.

Picking up the award for Best Dining Experience was Favela, who worked extremely hard to develop policies and train staff for accreditation. Judges found them to have a great customer focus and family offer.

The People’s Choice Award gave those who use our night-time economy the chance to vote for their favourite venue in the town centre. All venues accredited as a Best Bar None venue were nominated for this award and votes were gathered through an online survey that was circulated widely. This year saw an outstanding response with 2,116 votes for our town centre venues. The winner was The Garrison.

In another new category, the Special Recognition award was presented to the Craft Union Pub Company, which operates three accredited venues in the Best Bar None scheme – The Mount, Corner Pin, and Shakespeare -  all of which scored consistently high with assessors.

Finally, the Overall Winner went to The White Bear, for the huge effort that the manager and staff make in ensuring this is a well-managed, safe establishment. Judges found that it achieves the very highest standards of operation, including a Safeguarding Champions system.

Cllr Jim Andrews, Cabinet Spokesperson for Public Health, said: “A heartfelt well done to everyone who won an award, received accreditation or has been recognised as a finalist. The awards have shown what a welcoming, lively and diverse evening economy we have in the town centre, as well as businesses across the borough which are committed to supporting their workforce to be happy and healthy.” 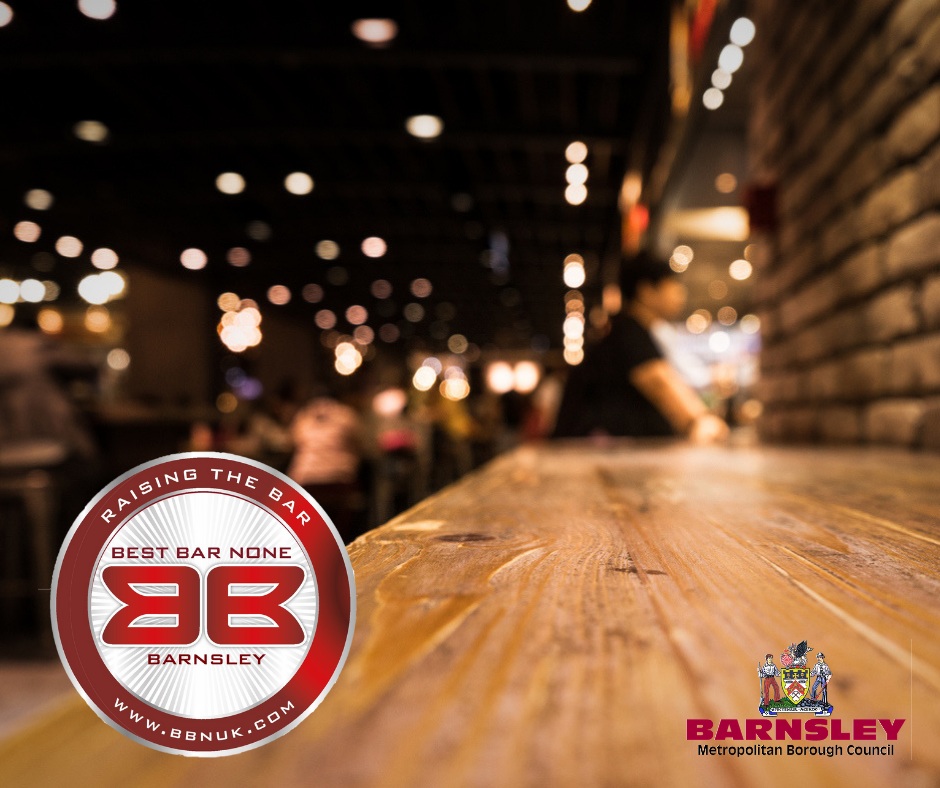