The reliable nose of an HMRC sniffer dog, along with intelligence gathered by Barnsley Council’s Regulatory Services team, has led to the proprietor of a Barnsley shop facing fines and costs totalling nearly £10,000 and a twelve month community order, with 220 hours of unpaid work, a further £180 costs and an £80 victim surcharge.

Charges were brought under the Licencing Act 2003, Tobacco and Related Products Regulations 2016 and Standardised Packaging of Tobacco Products Regula­­tions 2015.

The court heard that in February this year officers from Barnsley Council’s Regulatory Services visited the Europe Barnsley shop with HM Revenue Customs officers and their sniffer dog, which showed an interest in the floor area.

Officers worked to break open the floor with sledgehammers and crowbars; eventually revealing a shelving area containing illegal cigarettes, which rose up out of the floor via a remote control device.

Over 4,000 cigarettes were found inside the concealment area.

The court heard that Mr Bakaitis had paid £1,000 to have the device built and also that the UK is estimated to lose around 2.5bn in lost revenue each year with 2.7bn being spent by the NHS on treating smoking-related illness.

Cllr Jim Andrews, Cabinet Spokesperson for Public Health, said: “The individual in this case set out to sell illegal goods from his shop in a premeditated and calculated manner.

“Barnsley Council is absolutely committed to stamping out the sale of illegal cheap cigarettes across the borough,  damaging the health of local people and legitimate businesses, and defrauding honest tax payers.

“Anyone with information of other individuals selling illicit tobacco are urged to contact us on 773743 and ask to speak to Barnsley Council’s Tobacco Control Officer.” 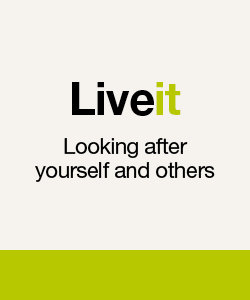