A Barnsley landlord who ran a house of multiple occupation (HMO) which put the safety of its tenants at risk has appeared at Barnsley Magistrates Court, following a prosecution brought by Barnsley Council’s housing and cohesion team.

The breaches related to the following regulations:

Magistrates heard that Mr Campagna is a prominent landlord in Barnsley who manages around two-hundred properties, a  number of which he rents personally from letting agents on assured tenancies, then sub-lets them.

This case concerned a property on Castlereagh Street, in the S70 area of Barnsley, which was identified as an HMO by Barnsley Council.

The property didn’t have any form of smoke detection or fire doors and the house was in a general state of disrepair, including a large hole in the kitchen ceiling and severe damp in bathroom.

After making Mr Campagna aware of hazards at the property via a written management regulation letter, an inspection took place on Monday 17 June 2019.  This is when the council found the repairs had not been attended to and decided to take legal action.

To further the investigation the council requested tenancy agreements under section 235 of the Housing Act 2004. Mr Campagna did not respond to this notice.

In mitigation, Mr Campagna stated that he had been naïve and did not realise this property was an HMO; he had rented it to a single female. Mr Campagna stated he had noticed issues such as padlocked rooms but had asked the tenant to remove these.

Cllr Jenny Platts, Cabinet Spokesperson for Communities, said: “Many vulnerable people rely on this sector of the housing market.

“We know that residents in this area of Barnsley are very concerned with the increase and management of HMOs, however the majority of letting agents are taking care to manage their properties in the correct way.

“Therefore when the council identifies that someone has not been following legislation it is important to take full enforcement action to show that we will not tolerate these kinds of properties being mismanaged.“

Anyone who is concerned that their landlord is not fulfilling their requirements can find advice found on the council’s website barnsley.gov.uk for (search private tenants)

People who suspect a property is being mismanaged or running below standard can  report it at barnsley.gov.uk/services/housing/private-landlords/houses-in-multiple-occupation-hmo/

Pictured is the hole in the kitchen ceiling at the property. 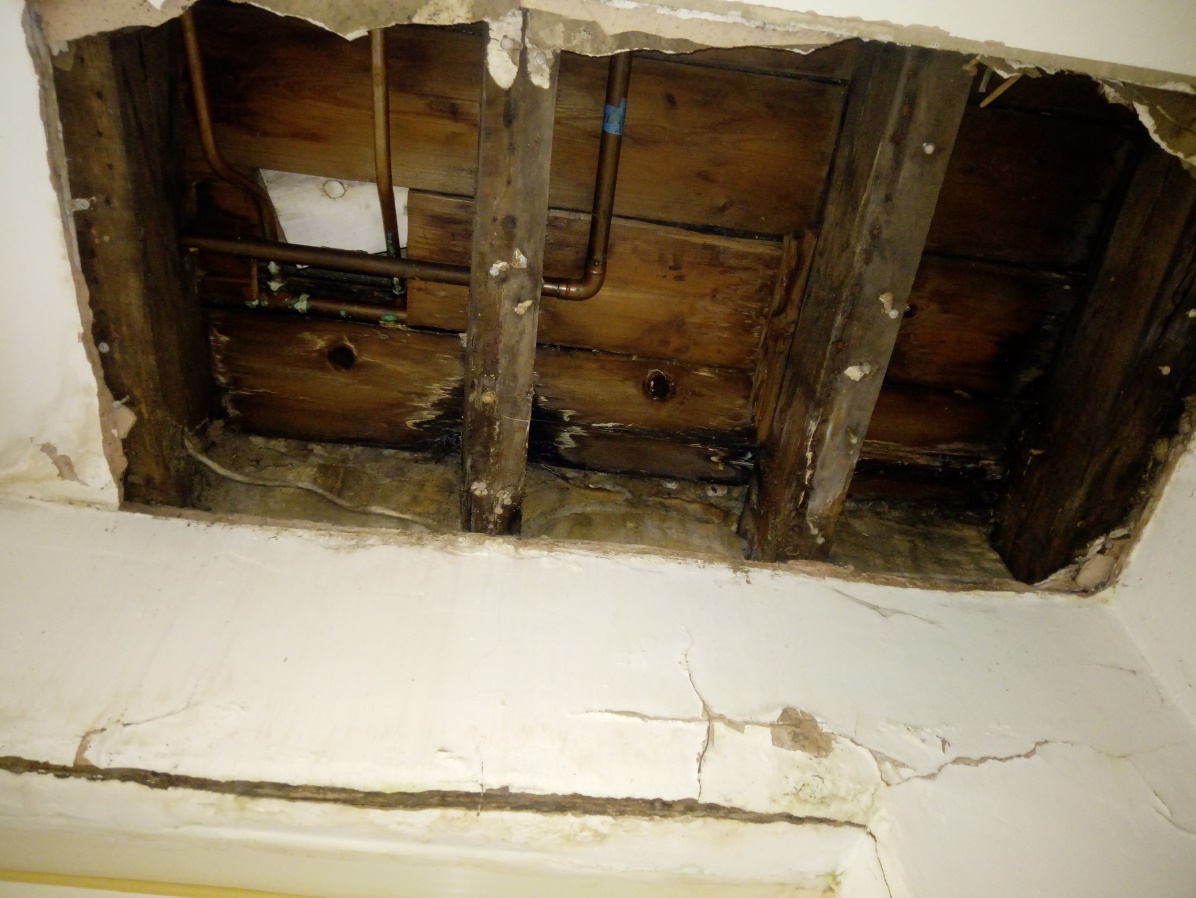