More than 30 volunteers participated in a clean-up event to make Barnsley town centre a better place on Friday 22 June.

Arranged by the Safer Neighbourhood Service, the event was supported and opened by the Mayor, Councillor Steve Green, before the team spent several hours working in the sunshine to tackle the effects of anti-social behaviour and environmental crime.

South Yorkshire Police were on hand to carry out checks on 30 parked vehicles as part of the Vulnerable Vehicle Scheme (VVS) with no failures reported.

Neighbourhood Services and Kingdom staff played their part too, removing and disposing of the considerable amounts of litter collected and the Community Payback Team, including one paid worker and three others who were undertaking community work, also participated.

In total, 47 black bags were filled with litter with any recyclable materials bagged separately to be recycled as part of the #EverybodyThink campaign.

Weeds and vegetation were removed from the car park off Peel Street and the area behind the former Chambers pub was sanitised and jet-washed by Community Safety Officers.

Other areas covered during the clean-up included the car park behind Swinton Insurance and the larger car park near Temperance House, both off Peel Street, and the area behind Quasimodo’s pub.

In addition, 11 fixed penalty notices were issued by Kingdom officers for littering offences in the town centre, one arrest was made on suspicion of possession of a Class A drug and one needle was collected.

Three local businesses engaged with the Public Health team about the Reducing the Strength campaign and there was one expression of interest in joining the Safe Places Scheme.

Our thanks go to Barnsley Churches drop-in project at Temperance House for the use of their premises and providing free tea and coffee. Money collected from volunteers on the day was donated to the project.

The Worshipful the Mayor of Barnsley, Cllr Steve Green, said: "I would like to thank everyone who took the time to volunteer for our latest clean-up event; they certainly played their part in protecting our borough and did us proud.

"I would encourage people to sign up for the next event in August and continue to make a positive impact on the local environment for a better Barnsley."

The next clean-up event is scheduled for mid-August and the council is keen for town centre businesses to get involved – anyone interested in volunteering or supporting the campaign should email PaulaMarshall2@barnsley.gov.uk or MichaelFairweather@barnsley.gov.uk. 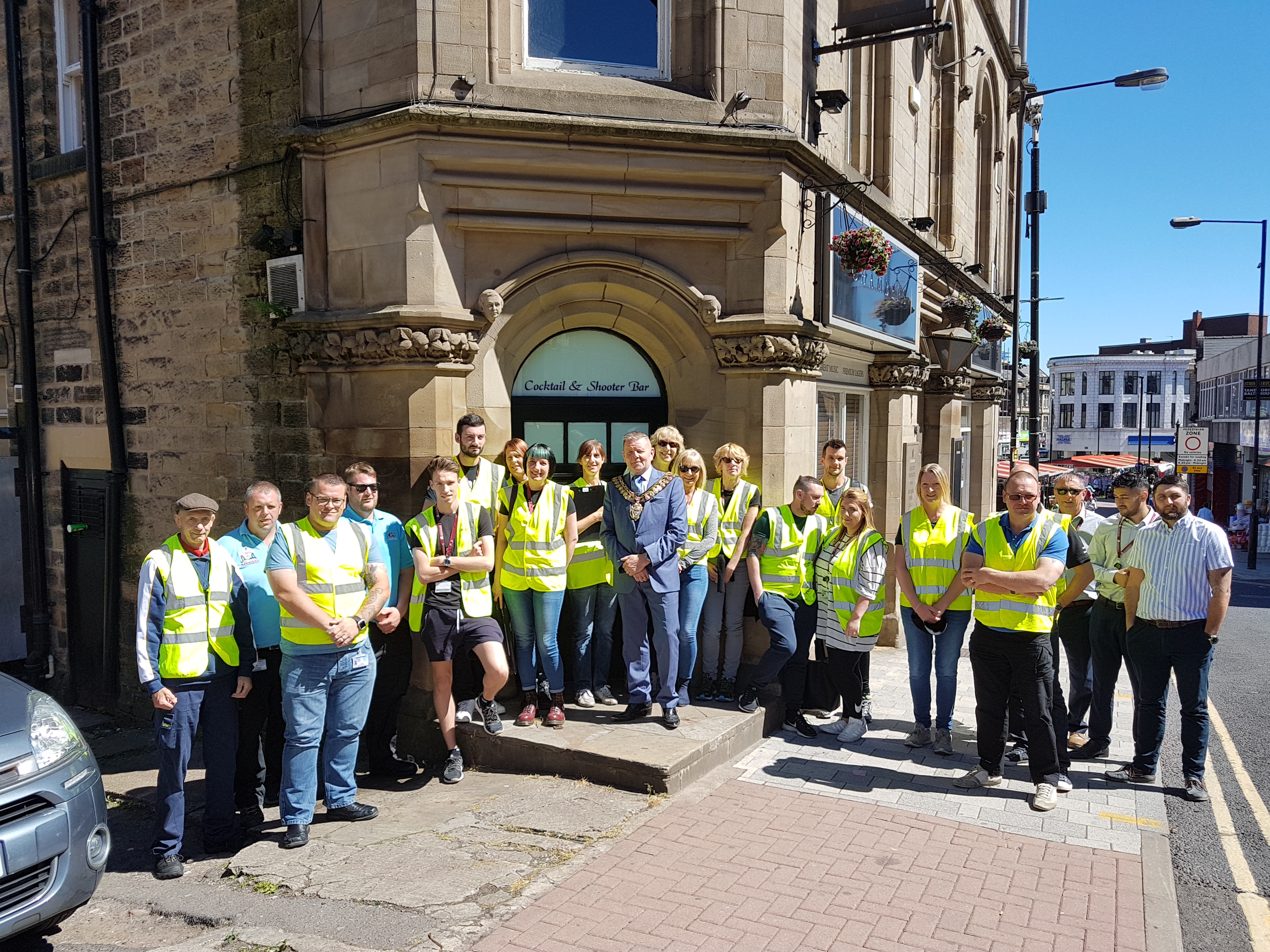