November is Lung Cancer Awareness month, and the council, alongside healthcare partners, will be sharing information about Lung Cancer and the importance of finding cancer early. If any cancer is found at an earlier stage when it is small and before it has spread, it is more likely to be treated successfully.

Councillor John Clarke noticed changes to his health in 2012 and visited his GP to discuss his concerns. His GP organised a chest x-ray which found a Synovial Sarcoma, a rare form of bone and soft tissue cancer, on his lung.

As he acted early on his symptoms, surgeons were able to treat his cancer by removing part of his lung, helping to stop cancer from spreading. Following regular monitoring of his health over the past ten years, Cllr Clarke last month received the incredible news that he is now in remission.

To celebrate this fantastic outcome, he and his wife were joined by Cllr Sarah Jane Tattersall, the Mayor of Barnsley and Cllr Roy Bowser in the Mayor's Parlour to mark the milestone of remission by ringing the bell.

Cllr John Clarke said: "I cannot praise and thank the surgeons, Weston Park and Barnsley Hospital enough for the treatment I was given; they were incredibly supportive throughout my journey.

"I want to encourage anyone who notices any changes to their health to seek advice from their GP. While I know it can be frightening to have tests, it's not always bad news.

"My life has not been impacted by the treatment I've had; instead, it has allowed me to carry on doing the things I love with my family. Getting treatment early, like myself, can give you the precious opportunity to carry on enjoying life."

Cllr Caroline Makinson, cabinet spokesperson for Public Health and Communities, said: "I want to, first of all, congratulate Cllr Clarke on this wonderful news he has received; his story is a clear example that if cancer is caught early, there are treatments available.

"I also want to repeat the message that it is vitally important that if you notice any changes in your health, please seek advice from your GP. We want everyone to be able to enjoy life in good physical and mental health and talking to your doctor about any concerns is the first step.

During Lung Cancer Awareness month, we want everyone in Barnsley to be aware of the signs of lung cancer and, if you notice any changes, to speak to your GP. Common changes to look out for include:

- having a cough that has lasted longer than three weeks

- becoming breathless doing activities you would normally be able to do

It's also important to know that there are ways to reduce the risk of developing lung cancer. While smoking is not always the cause of cancer, as seen in Cllr Clarke's case, it is one of the main risk factors that can lead to lung cancer. Free and confidential help is available locally if you want to quit smoking through NHS Yorkshire Smokefree. Find out how they can help you at NHS Yorkshire Smokefree.

Further information about Lung Cancer can also be found on the NHS website. 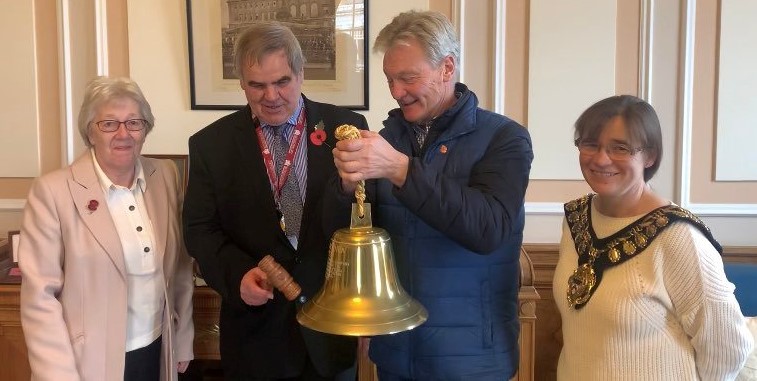