A report requesting to extend the current street works and road works permit scheme in Barnsley will be presented to Cabinet members on Wednesday, 17 April.

Street works and road works are a major cause of delay and disruption for road users, resulting in significant costs to the economy and society. Previous studies have estimated that the national cost of congestion resulting from street works is around £4.3 billion a year.

The report discusses expanding the existing permit scheme established on 320 of Barnsley’s busiest streets to every street in the borough. The current scheme launched in 2012 was authorised by the Department for Transport (DfT). The programme provides Barnsley Council with the ability to manage all highway works to help reduce disruption to road users. This means anyone wanting to work on the highway needs to seek permission and follow the council's conditions.

In 2015 the government deregulated permit schemes, taking away the DfT control and regulation. From this date, a large proportion of new schemes throughout the country now include all streets and roads.

Extending the current scheme to every street across Barnsley Council’s adopted highway network would help:

If the new proposal is accepted four new positions within the street works team will be created, funded by the extra permit fee to help run this expansion. The employees, main duties would involve approving and assisting permit applications, traffic management layouts, works duration and increasing the levels of joined-up working between promoters carrying out the work such as utility and service companies.

Matt Gladstone, Executive Director for Place, said: “The existing scheme is estimated to have reduced highway occupation in Barnsley by approximately 14,450 days over the last six years. It's expected that the extended project will further reduce works by another 5,000 days per year.

“If approved the proposal to move to an all streets permit scheme will make a huge difference to our residents and local businesses. It will support us to develop a thriving and vibrant economy, reducing congestion, shortening journey times and providing a better experience for our highway users."

Consultations have been carried out with stakeholders and companies within the area who look to carry out street works. Updated communications will be provided to these parties throughout the process.

If approved by Cabinet the new extended scheme is hoped to go live later this year.

For details of all current and planned roadworks visit: http://roadworks.org

This theme doesn’t just link to the town centre regeneration; it covers all the things we do to provide vibrant towns across the borough. As well as building new infrastructure, leisure and cultural facilities, it also includes the maintenance of what we already have. 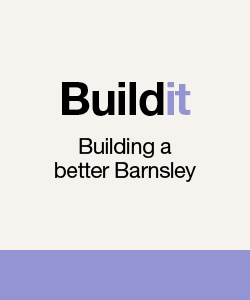