Incoming mayor, Cllr Tattersall has represented St Helen’s Ward as a local councillor since May 2012 where she will stay in office until at least May 2024. For the last year, Cllr Tattersall has acted as Deputy Mayor - putting her in great stead for the year ahead. She also sits on a number of council committees and boards.

Cllr Tattersall, who will be joined by her son, Mr Ethan Tattersall as her consort for the year, has chosen to support and raise money for two local Barnsley charities – Hey! Let’s Talk (formerly TADs), who provides emotional support for children and young people struggling with mental health issues and secondly, Romero Communities who deliver information, advice, and guidance to help adults with personal welfare and financial issues.

Incoming mayor, Cllr Tattersall, said: “I am absolutely delighted to be taking on the role of mayor for my hometown. The role is an honour and privilege, and I will do my absolute best to fulfil my mayoral responsibilities. I will continue my commitment to keeping people safe and well and to supporting and strengthening our wonderful communities.

“I’ve decided that my mayoral theme for the year will be to ‘Educate, Inspire and Deliver’ as I feel that now, more than ever, we need to support our young generations who have been so badly affected by the pandemic. I’m looking forward to offering support in any way I can and want to shine a light on all the positives that we’re achieving as we come back stronger from the pandemic.

“I’m also grateful to have the opportunity to carry out charity work and raise money for my chosen charities and hope to make them both proud. I am extremely passionate about my work, I love the people and borough of Barnsley and am very much looking forward to the year ahead.”

At the ceremony, retiring mayor, Cllr Caroline Makinson and her husband and consort, will be thanked for their hard work and commitment over the last 19 months where they have championed the borough through a pandemic. In recognition of the council’s appreciation, they will be presented with replicas of their medallions attached to the chain of office for 2021-22. Cllr Makinson will continue her role as local councillor representing Royston Ward where she’ll remain in office until at least 2024. She will also sit on a number of boards and looks forward to her ongoing involvement and commitments across the borough.

Retiring mayor, Cllr Makinson said: “I am so grateful and honoured to have not only been the Mayor of Barnsley for seven months during 2020-21 due to my delayed start, but to have the opportunity to continue my role for 2021-22. This enabled me to carry out all the duties and opportunities I was unable to fulfil during the pandemic. It’s fair to say my role as mayor has been a privilege and a challenge in equal measures! However, this last year has been wonderful to finally meet people face to face and I’ve had the privilege of representing Barnsley at many events, ranging from Freedom of the borough and our 50th year twinning anniversary to attending local coffee mornings and community events.

“I’m also delighted to have been able to raise such a lot of money for two wonderful charities and despite the restrictions the pandemic played on fundraising I was delighted to award both my chosen charities, Beacon SY and Hey! Let’s talk (formerly TADs) with a cheque for £4,410.84 last week. Last year I raised £3,137.50 for each charity so that's a total of £7,548.34 over the 19 month period.

"I’d like to wish Cllr Tattersall a fulfilling and rewarding year in her new role as the Mayor of Barnsley for 2022-23 and say a big thank you for all the support I’ve received from residents and colleagues.”

Residents are welcome to attend the annual full council meeting, followed by the Mayor Making ceremony from the public gallery or view the live webcast here. 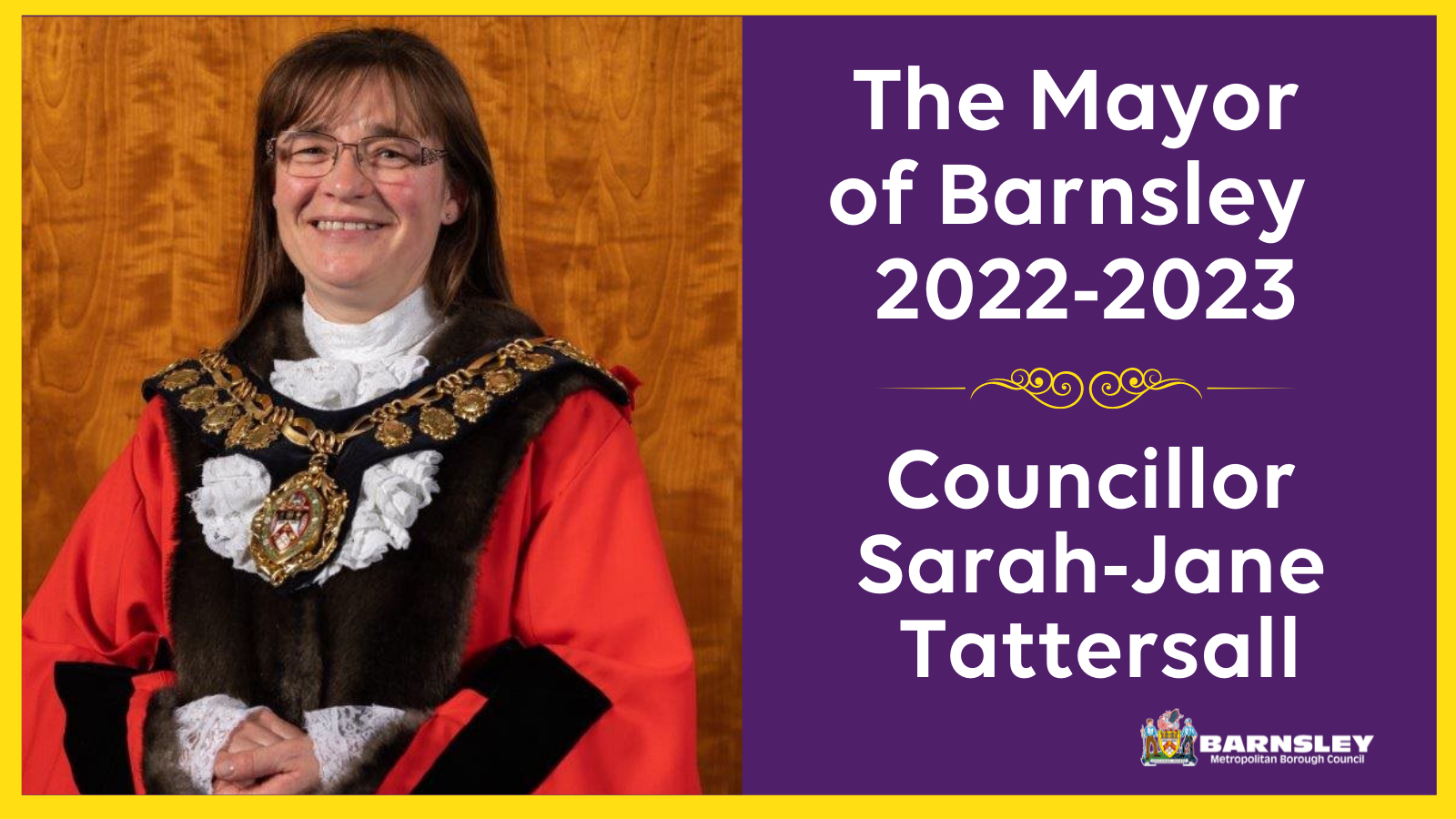