Major progress in tackling road safety issues across Barnsley was outlined to councillors in an Overview and Scrutiny Committee meeting today.

Barnsley Council is working together with partners across South Yorkshire to reduce and eliminate deaths and serious injuries on our roads.

The Overview and Scrutiny Committee has previously discussed road safety at the end of 2020 and made a number of recommendations to our Highways team. Today the committee was given an update on the progress against all the recommendations, as well as updates on an array of other work which has taken place since that initial meeting.

A major development since the 2020 meeting has been the Neighbourhood Road Safety Pilot, a £90,000 pilot project road to consider safety improvements in locations which might not qualify for works under traditional criteria. These criteria are normally based on data about collisions where people have been killed or seriously injured.

The pilot programme invited local members to highlight up to three issues in their ward to be considered for safety improvement works. Of the 47 suggestions made, five have been taken forward for construction and will be completed this financial year. A further 15 will be addressed as part of other programmes, such as 20mph speed limits near schools.

The pilot has been a success and will be extended to cover more of the projects suggested by councillors as part of the 2022/23 Highways Capital Programme, which saw an additional £2 million invested into improving our highways, on top of the £15 million that had already been committed.

Cllr James Higginbottom, Cabinet Spokesperson for Environment and Transport, said: “Feedback from elected members on our Neighbourhood Road Safety Pilot has been extremely positive and this process has been a welcome addition to the annual decision-making process regarding how we improve road safety for our residents.

“Local members and communities bring a huge amount of local intelligence about road safety which is so valuable. The members on the Overview and Scrutiny Commission have given us some really valuable feedback on the progress we’ve made.

“Our professional officers, elected members and strategic partners will continue to work together as effectively as we possibly can to prevent people being killed and seriously injured on our roads.”

Councillors asked a range of questions in the meeting today and were given assurances that the new Local Road Safety Strategy for Barnsley and a range of other programmes and projects would help tackle many of the issues they raised.

There was a strong message from councillors that collision statistics should not be the only guide to where road safety work is targeted.

Cllr Jeff Ennis, Chairperson of the Overview and Scrutiny Committee, said: “This was an excellent session and it’s clear elected members have a depth of knowledge on road safety in their wards because they have their ear to the ground and know what’s happening in their communities.

“Our South Yorkshire Safer Roads Partnership does an excellent job, and I’m reassured that councillors, professional officers and our partners continue to do fantastic work in helping keep our residents safe.” 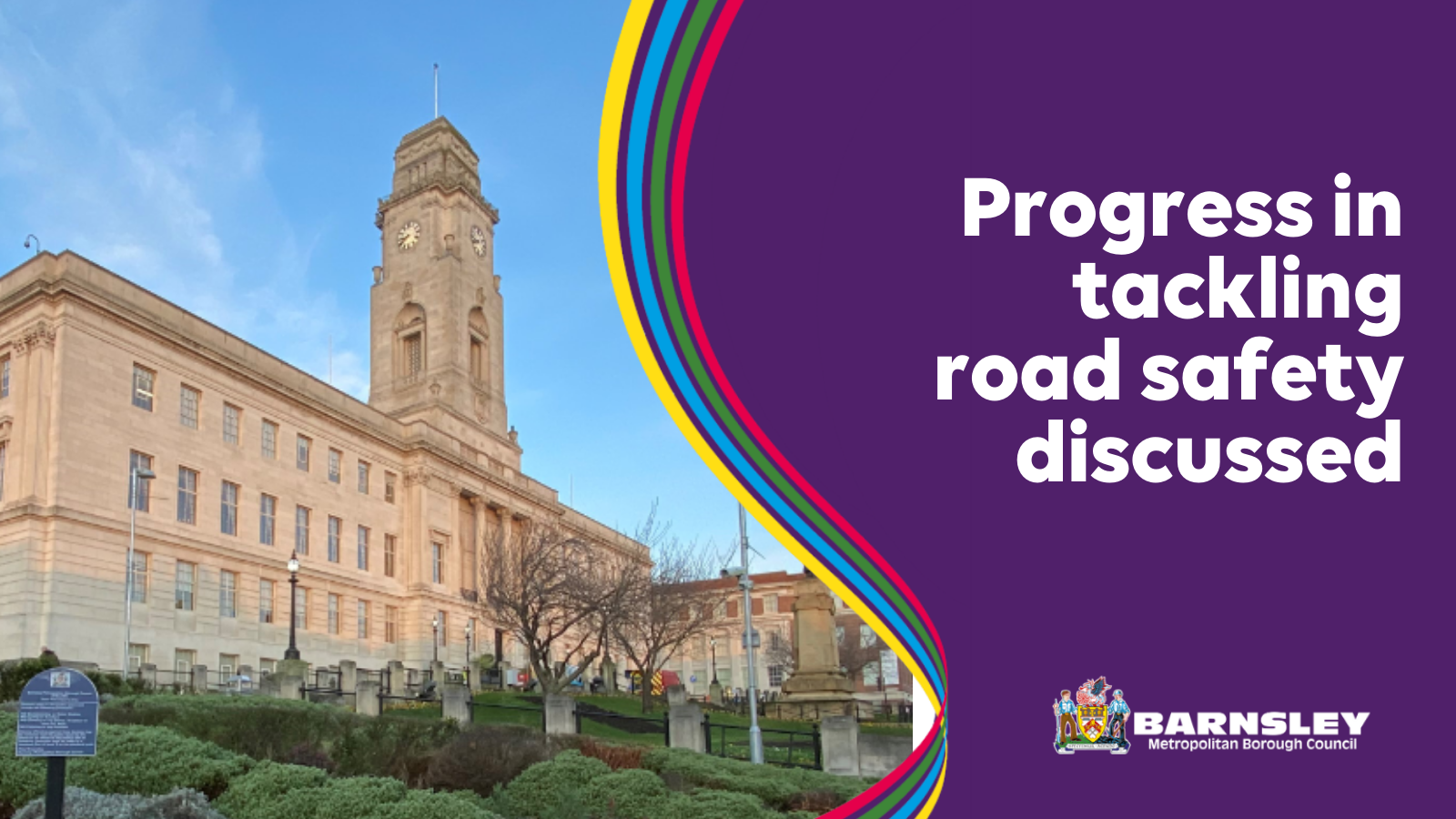