Barnsley Council couldn’t be prouder as they join towns and cities across the country to support this year’s national Recycle Week. The week - which celebrates all things recycling, runs from Monday 25 September to Sunday 1 October.

Barnsley already boasts an impressive recycling rate of nearly 50 per cent, and using the #EverybodyThink hashtag, the council will be encouraging residents to recycle even more rubbish from around the home - particularly those less common items used in the bathroom and bedroom, such as perfume bottles, shampoo bottles, cleaning sprays and toothpaste boxes.

The council will be spreading their waste-wise words across the borough and offering plenty of hints, tips and reminders throughout the week on social media. They’ll also be bringing helpful tips and advice to the street as they hold a recycling roadshow event on Cheapside, outside Sports Direct on Wednesday 27 September, 10am to 3pm. The team will be on hand to answer all your questions about recycling, as well as handing out information and a selection of recycled goodies!

Cllr Roy Miller, Cabinet Spokesperson for Place, said: “We’re really proud of our recycling efforts in Barnsley – thank you to everyone who already recycles. We’re are delighted to be supporting this year’s Recycle Week and hope to raise awareness of those less common waste items that are often forgotten about to make Barnsley even better at recycling.

“It’s a common belief that forgetting, or not bothering to recycle the odd thing won’t make a difference, so during Recycle Week we hope to dispel some of these myths and show residents that if everybody thinks by recycling just that little bit more can make a huge difference.” 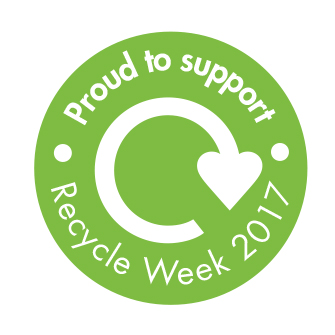