A Worsbrough man has received a strong punishment after pleading guilty to two offences of fly tipping under the Environmental Protection Act 1990.

Liam Watkinson, of Stoneleigh Croft, Worsbrough Common, received 20 weeks in total imprisonment for fly tipping, suspended for 18 months and fined £1,500. He must also carry out 200 hours of unpaid work and was ordered to pay £100 in compensation.

Watkinson had been advertising waste clearance services on Facebook despite not carrying a licence. Barnsley Council’s enforcement team had found waste evidence to prosecute this offence and his second offence of dumping waste illegally was caught on CCTV.

Two separate vehicles involved in the two cases have both been seized and crushed.

Wendy Lowder, Executive Director for Communities, said: “In 2019 we’re committed to protecting our beautiful borough and stamping out fly tipping by making sure we continue to remove vehicles like this when involved in environmental crime. If you choose to carry rubbish illegally and spoil the environment, then you risk losing your vehicle permanently.

“As part of our #EverybodyThink campaign we will continue to work with the police and the public to tackle environmental crime. You can #ProtectIt by making sure you only giving your rubbish to someone with a valid waste carriers’ licence. If that person has no authority to carry waste, you can be held responsible and face court action.”

People can find out more about the work Barnsley Council is doing to reduce environmental crime and increase household recycling by following the dedicated Facebook page at Facebook.com/DumpitandScarper or by searching the hashtag #EverybodyThink on social media.

We're committed to #ProtectIt by looking after our beautiful borough, making it easier for you to dispose of large items. #OwnIt by making some small changes, such as recycling, reporting litter and fly tipping to keep Barnsley clean and green. 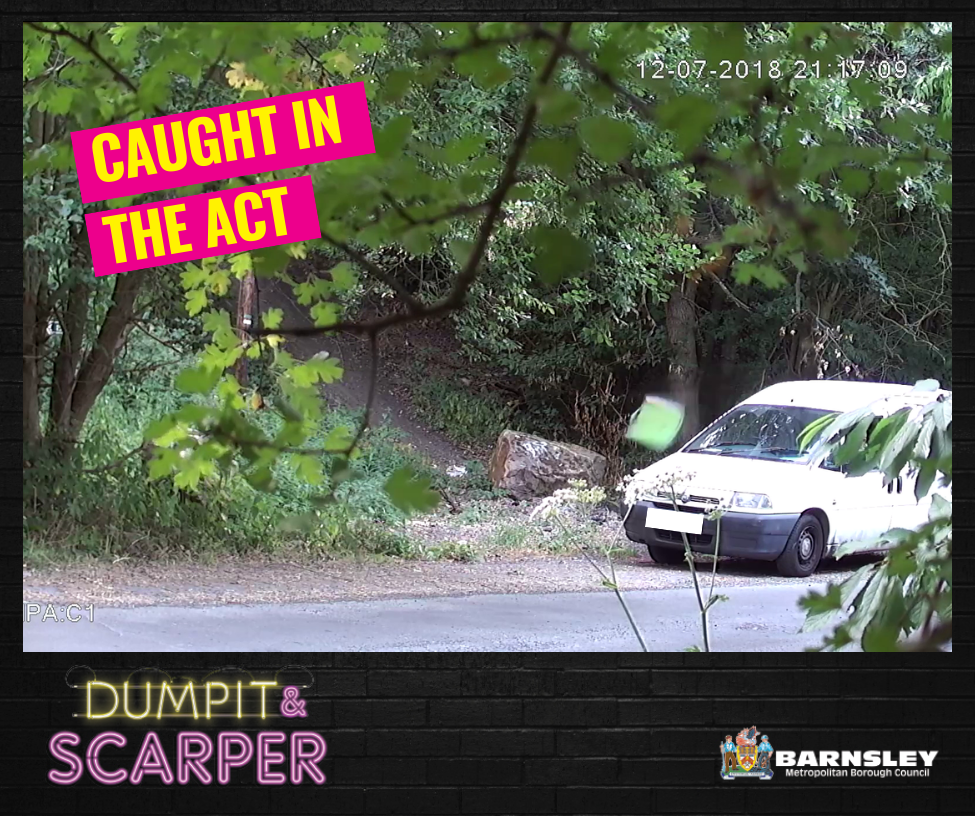