Hotspots in Barnsley town centre, where children have been known to gather during school hours, have been targeted by a joint patrol of Barnsley Council’s education welfare officers and police officers.

The transport interchange, Cheapside shopping precinct,  the new Barnsley Market , Peel square,  Mandela Gardens and Alhambra Centre were all visited by the patrol during a school day earlier this month as part of a pre-Christmas  truancy initiative

The aim was to stop and challenge parents with school-age children and unaccompanied children to raise awareness of the importance of school attendance.

Cllr Tim Cheetham, Cabinet spokesperson for People (Achieving Potential), explained: “Where parents claimed their children were not fit for school, discussions took place about the appropriateness of the child being out of the home when unwell.

“All relevant schools were informed by the Education Welfare officer that the parent and child had been stopped so the school could make a decision whether to authorise the child’s absence, or record it as unauthorised.

All the pupils and parents challenged were given a leaflet to explain the reason for the sweep and, reminded about the importance of good school attendance where the absence was for medical reasons, they were advised to return to school as soon as the appointment was completed,” Cllr Cheetham added.

Cllr Cheetham said all officers involved in the patrol felt strongly it was effective and should be repeated to underline the importance of school attendance. He added: “Future patrols may be repeated in the town centre, or switch to surrounding communities where information leads education welfare and police officers to investigate a particular issue of non-attendance.

“This is part of a broader strategy in partnership with Barnsley Schools Alliance Board which aims to tackle poor school attendance and raise educational achievement,” Cllr Cheetham said. “Enabling Barnsley residents to achieve their potential is one of the council’s priorities, and full-time attendance at school or other learning environments is fundamental to this. Parents, carers and children themselves all have their part to play.”

Schools in Barnsley have been sharing Barnsley Council’s message about the importance of managing school attendance and punctuality, by displaying information posters which show the link between attendance and achievement.

We’re committed to #AchieveIt by supporting schools to help every child to learn successfully. #OwnIt by preparing your children for starting school and helping them to get to school on time every day. 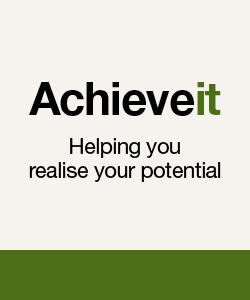