Cabinet members have welcomed a report informing them that 2018/19 was a very good year for adult social care in Barnsley.

The Barnsley Adult Social Care Local Account 2018/19 shows that despite the adult social care sector challenges, the Adult Assessment and Care Management business unit within Barnsley Council managed its budget effectively, delivered substantial efficiencies, came in with a large underspend, all while markedly improving its performance.

During 2018/19 Barnsley’s Adult Social Care Outcomes Framework (ASCOF) performance improved in 16 out of the 22 performance measures.

Barnsley was above performance averages of both England and its statistical neighbours in 19 of these measures.

Key areas where council performed well during 2018/19 include:

Cllr Jenny Platts said: “The findings of this year’s Local Account are a real reason to celebrate and are testament to the hard work of Barnsley Council’s adult social care staff and also that of our partners.

“The council’s budget for the next financial year will see further improvements made to this service area.

It includes an excellence in adult social care programme, which will improve the quality of provision and the terms and conditions and career opportunities for staff in the sector. Initial proposals include an increase in pay for frontline, direct support staff to help stabilise and strengthen the sector.

This is the eighth year that Barnsley has published its local account, which is part of agreed adult social care sector-led improvement.

It is a public-facing document designed to enable transparency, scrutiny and accountability to adult social care service users Barnsley residents, as recipients and funders of public sector services. 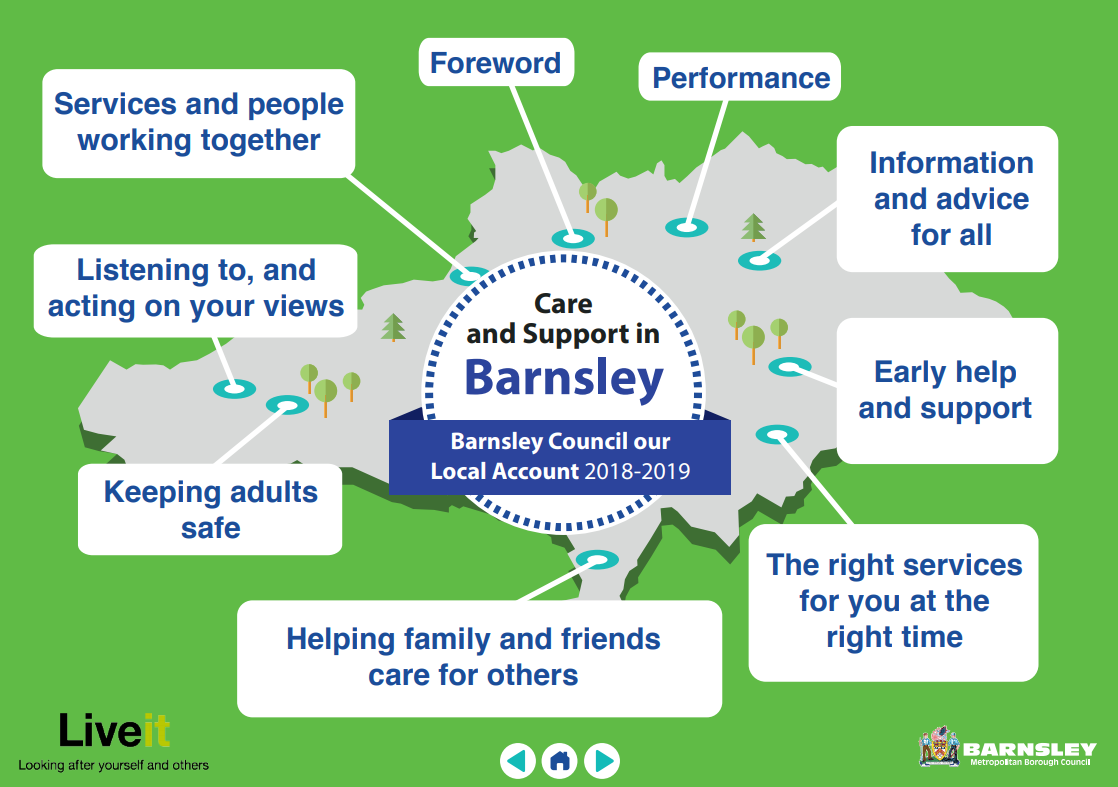