An archaeological dig at Elsecar this summer has uncovered a forgotten and major part of the Elsecar New Colliery and its Newcomen Engine, the world’s oldest surviving steam engine in its original location.

The globally significant engine was built by the Earl Fitzwilliam of Wentworth Woodhouse in the 1790s, to pump water out of the Elsecar New Colliery, Elsecar’s first deep coal mine.

The community dig, which took place in July as part of the Festival of British Archaeology, aimed to find anything that might be left of the engine’s former power house, thought to have been demolished in the 1930s. The results are astounding. An early Victorian boiler-house was discovered hidden underground, and a deep stoking hole where generations of villagers shovelled coal, day and night.

Forty local volunteers and 125 students from local schools worked to make the exciting discovery over two weeks, with the support of professional archaeologists from ArcHeritage and staff from Barnsley Museums.

The dig was carried out as part of the Elsecar Heritage Action Zone and the Wentworth & Elsecar Great Place project. Special permission for the dig was needed from Historic England, as the Elsecar Newcomen Engine is a scheduled ancient monument.

A public event is being held at the Elsecar Heritage Centre on Thursday, 21 November, between 6pm and 8pm, to reveal much more about what was found during the dig, as well as showcasing new art work created during the excavation. The event is free, but tickets need to be booked in advance via Eventbrite.

Lynn Dunning, Head of Barnsley Museums, said, “We’re so pleased that so many local people have been involved in these exciting new discoveries, which have transformed how we understand Elsecar’s Great Engine, not just as a feat of engineering, but also in terms of what it was like for the people who worked here.”

For more information please contact the Elsecar Heritage Centre on 01226 740203. 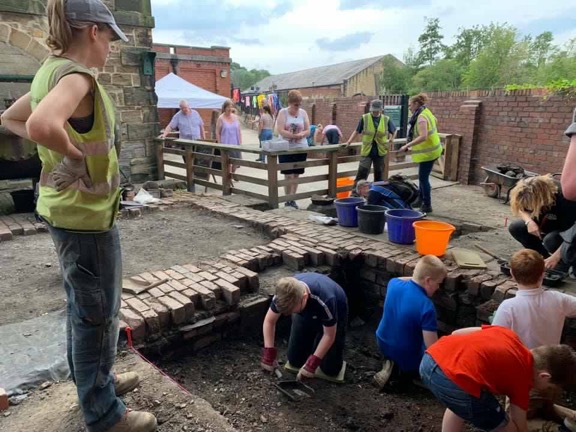