The colossal engineering miracle ‘The Man Engine’ will rise again and looks set to come to Barnsley in 2018.

After recent news of the win of the ‘Best Arts Project’ in the prestigious National Lottery Awards, it has today been announced that the largest mechanical puppet ever constructed in Britain will rise again next Easter in an ultimate ‘Resurrection Tour’. On its travels it plans to come to Barnsley.

The Man Engine, powered by Volvo, steamed the length of the Cornish Mining World Heritage Site last summer, unearthing a deep lode of passion and pride, inspiring awe and a cult-like following. Now, the colossal feat of engineering plans to visit the borough and create the same excitement.

The Man Engine crawls at 4m high and ‘transforms’ to stand at 11.2m high, powered by Volvo’s L220 wheeled-loader. The team behind the Man Engine, Golden Tree Productions, is already creating a bespoke visual, theatrical and aural experience for the Barnsley stop, highlighting the areas proud history of iron and coal.

The only stop on the Yorkshire leg of the tour the phenomenal structure, which is the size of three double decker buses, will rise up in the historical village of Elsecar on Saturday 23 and Sunday 24 June.

To celebrate its first visit to the North, Elsecar will host a day and night of family entertainment as it welcomes the arrival of the structure.

Cllr Miller, Cabinet Spokesperson for Place said: “The Man Engine is not only a spectacular event but also a wonderful celebration of the mining industry. It is particularly poignant that it is stopping in Barnsley as part of its ‘Resurrection’ tour as the borough has such strong and long standing connections with the industry. Mining was the backbone of the area and an intrinsic part of its history. It will be an unmissable event with lots of activities taking place around it, making it a wonderful weekend.

Will Coleman, the creator of the Man Engine says, said: “Our big boy is setting off in the footsteps of the Cornish Cousin Jacks and we’re delighted that we’re bringing him to Barnsley where mining is a key part of the areas heritage. We have a global ambition to take the Man Engine to all the significant mining and industrial heritage sites across the world with Cornish roots, so bringing him to Barnsley with its regional significance is an ideal stop in his UK-wide journey. We can’t wait to meet all the people of Barnsley and have the Man Engine share the stories of its fascinating history and celebrates its links with iron and coal from which the local area was built upon.” 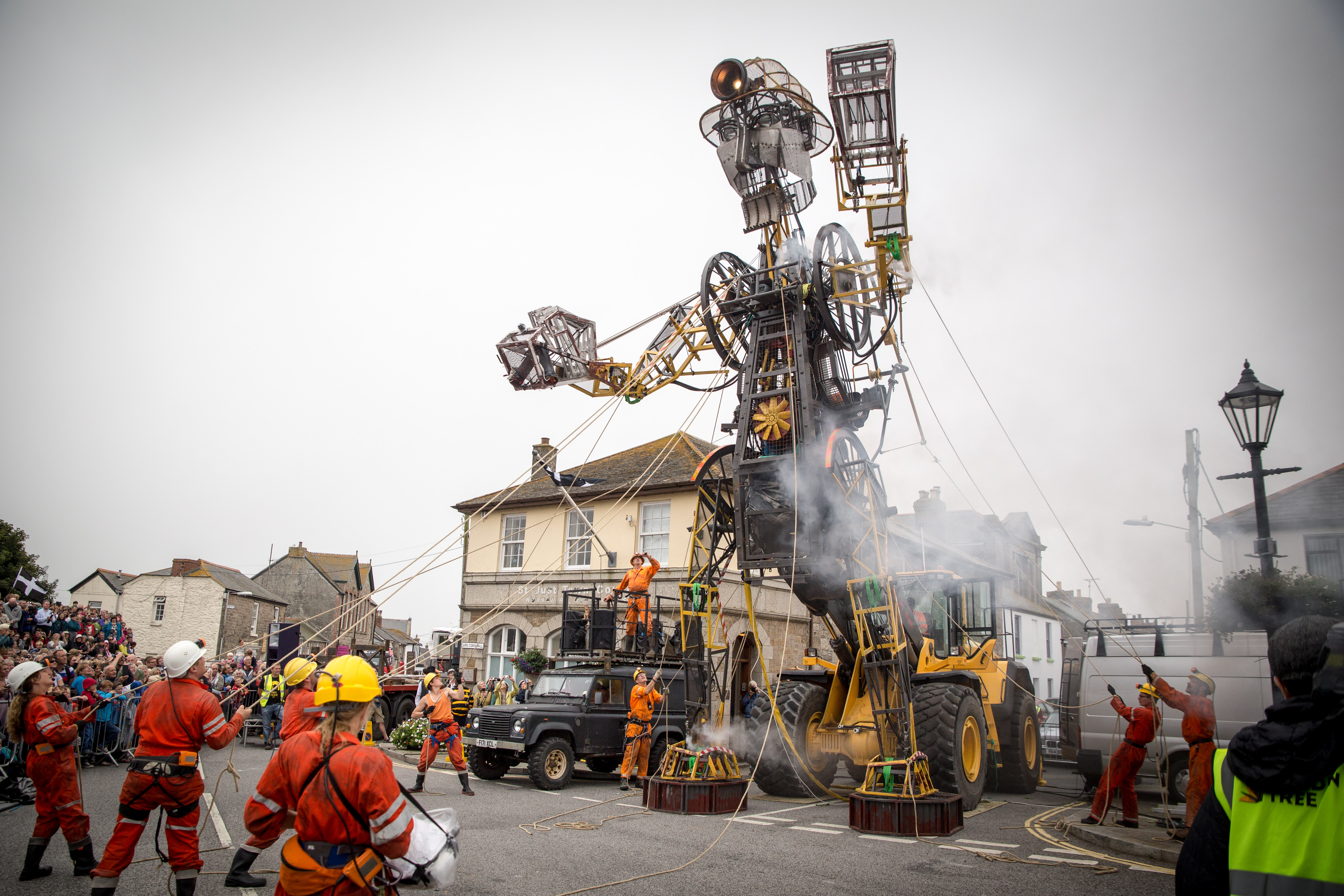