Cannon Hall, Park and Gardens is raising a Green Flag Award for the first time since the attraction’s Parks for People restoration project began. The almost £4 million project which will see the parklands restored to their former Georgian splendour has been made possible through the generosity of the Heritage Lottery Fund and its players.

Meanwhile Elsecar Park is celebrating after winning the recognition of a Green Flag award for a 13th year in a row. The ever-popular spot is a favourite for visitors looking for healthy recreation, sports, play and relaxation. The park boasts over 18 hectares which include a reservoir, nature reserve, Tee Cup café, a wonderful smoke-free play area and a new toddler cycle track.

Cannon Hall and Elsecar Park are just two of Barnsley’s impressive complement of parks and green spaces which have been valued more than ever this year as the COVID-19 pandemic left people appreciating the chance to soak in the fresh air of open spaces more than ever. They are among more than 2,000 sites across the county to win the coveted Green Flag in a record-breaking year for the scheme.

Cannon Hall, Park and Gardens has also achieved the much-coveted Green Heritage Site Accreditation for its management of the historic features. The accreditation is supported by Historic England.

Cllr Tim Cheetham, Cabinet Spokesperson for Place (Regeneration and Culture) said: “Cannon Hall, Park and Gardens has always been a treasured place, right back from its creation in the 1700s, becoming a public park in the 1950s, to the present day when visitors regularly come to create special memories.

“Elsecar Park continues to be a firm family favourite and thanks must go to all our staff, and also the Friends of Elsecar Park, who put in so much time and effort to make it the park it is.

“In recent months our parks and open spaces have become more important than ever, for many being a lifeline in difficult times. Our dedicated teams have worked tirelessly to ensure that people not only have a safe experience but an enjoyable one and we are delighted that they have been recognised in this way.”

The Green Flag Award scheme, managed by environmental charity Keep Britain Tidy under licence from the Ministry of Housing, Communities and Local Government, recognises and rewards well-managed parks and green spaces, setting the benchmark standard for their management across the United Kingdom and around the world.

Keep Britain Tidy Chief Executive Allison Ogden-Newton OBE said: “This year, more than ever, our parks and green spaces have been a lifeline and we know that millions of people have used them to relax, meet friends, exercise or simply escape for a short time.

“It is testament to the incredible dedication and hard work of parks staff and volunteers that, despite the challenges that went along with record numbers of visitors, Cannon Hall, Park and Gardens, and Elsecar Park, have achieved the highest international standards demanded by the Green Flag Award.”

Cannon Hall and Elsecar Park along with buildings and landmarks across the country, including the White Cliffs of Dover at Samphire Hoe, the London Stadium in Queen Elizabeth Olympic Park and Salford’s Media City, have been lit up green this week to celebrate the Parks and Gardens Green Flag Award success and to say a massive thank you to the parks staff, volunteers and the Green Flag Award Judges for all their work this year. 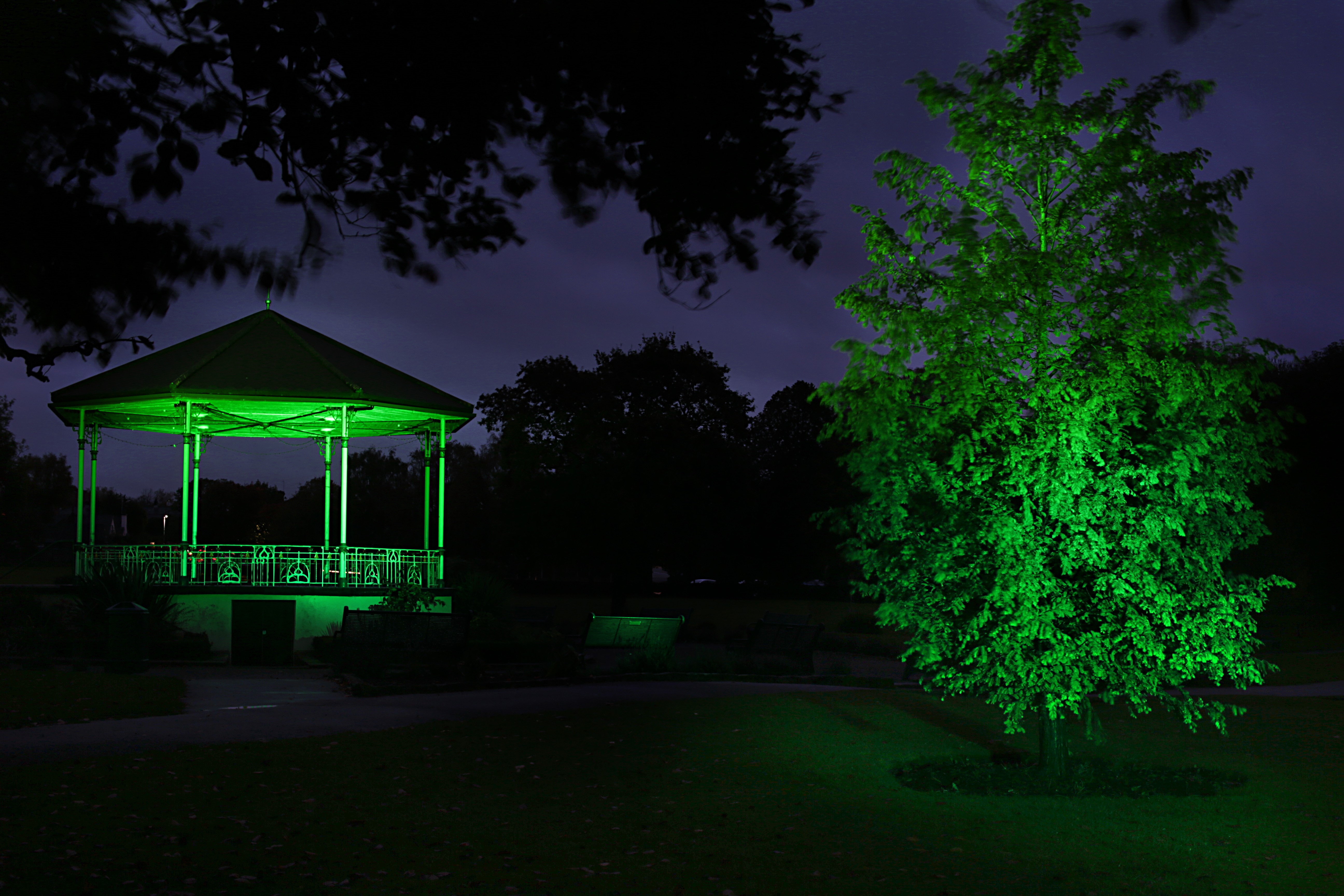