Two vans are due to be crushed on Monday 15 November after they were seized by Barnsley Council’s enforcement team for environmental related offences.

Both drivers were unable to produce documents to prove that the vehicles belonged to them.

The council is able to seize a vehicle if it is suspected to have been:

If nobody claims the vehicle within a defined period, the council can choose to sell or destroy it. In this case, the council took the decision to have the vehicles crushed due to the saleable value being limited, sending a strong message to those who carry waste illegally.

Cllr Jenny Platts, Cabinet Spokesperson for Communities, said: “We’re taking a tough stance on illegal waste carriers in our borough. If you choose to carry rubbish illegally and spoil the environment, then you risk losing your vehicle permanently.”

“As part of our #EverybodyThink campaign we will continue to work with the police and the public to tackle environmental crime. Help us to protect our beautiful borough by making sure you only give your rubbish to someone with a valid waste carriers’ licence. If that person has no authority to carry waste, you can be held responsible and face court action.”

To find out more about the work Barnsley council is doing to reduce environmental crime and increase recycling, visit facebook.com/DumpitandScarper or follow the hashtag #EverybodyThink. 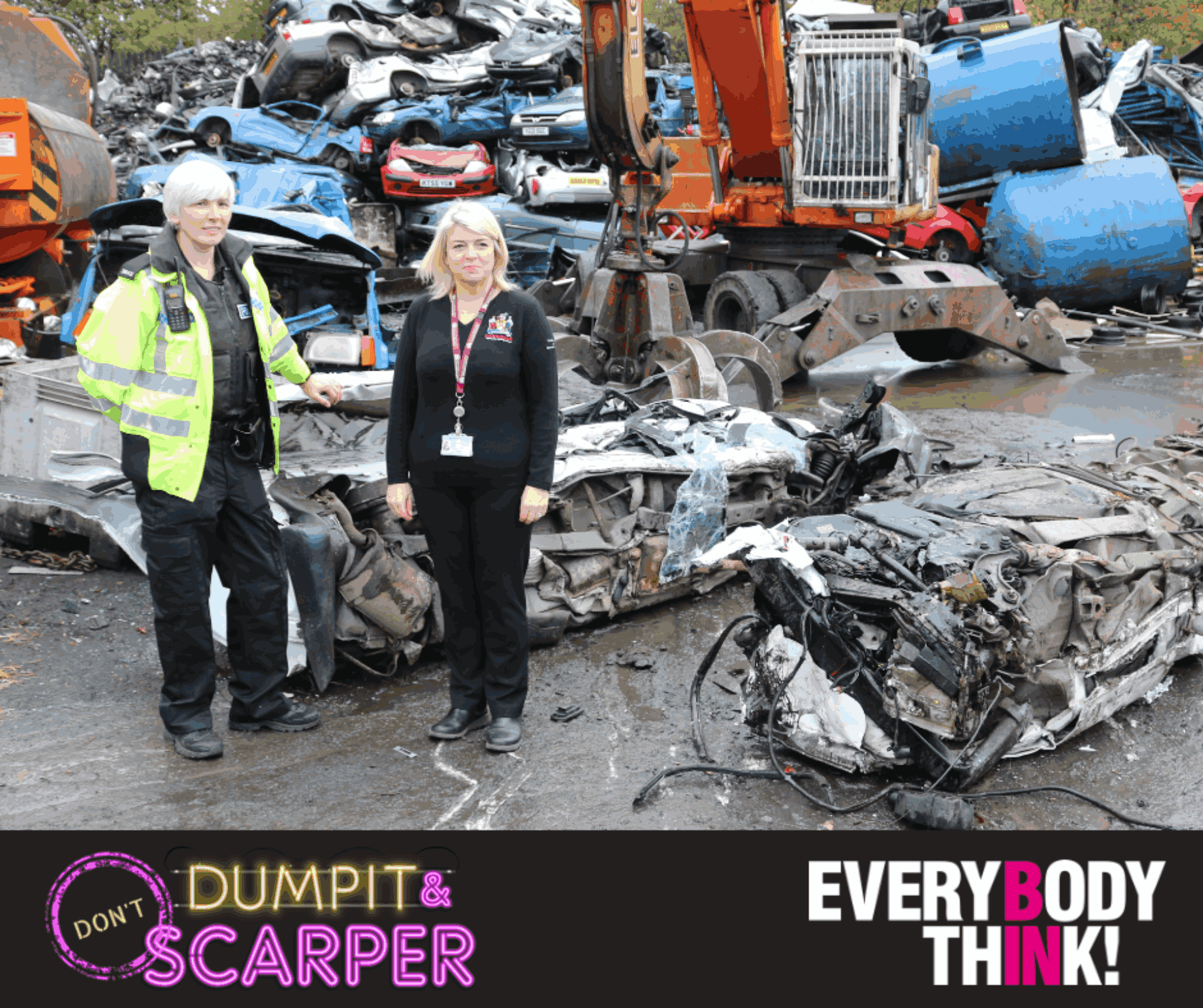