Barnsley Council’s year-end performance report (April 2019 to March 2020) has been presented to Cabinet Members today, Wednesday 10 June, and the challenging times that the borough, along with the rest of the world is going through, is clearly reflected.

Despite these difficult times, it also contains highlights of progress, achievements and improvements that the council has seen over the past 12 months, including exceptional performance in the areas of adult social care and child protection.

The report – which is produced quarterly and at year-end - tracks the council’s progress towards achieving its twelve outcomes, which are critical in making sure the three corporate priorities are achieved, as laid out in the corporate plan.

The support of the Enterprising Barnsley programme continues to make a significant contribution towards the ongoing rebalancing of the economy, with 40 per cent of all jobs created being classed as “better jobs” - jobs that grow Barnsley’s businesses in the long term, to ensure that Barnsley’s people are able to thrive.

A total of 212,140 people visited our museums during Q4, contributing an estimated £4.6 million to the local economy. Wentworth Castle Gardens contribution to the overall Q4 figures was £406,381.

Some 76 of these are affordable homes.

Areas to improve upon include the following:

Before lockdown, occupancy was steadily increasing as the market establishes itself and the Glassworks scheme starts to come online. Market Kitchen is 100 per cent occupied. There is now a growing interest in the ground floor Food Hall and Q4 saw some additional lets in this location. The rent reduction on the first floor has seen two new units let and we are looking to develop a youth enterprise zone in this location to develop interest in remaining units.

The report also highlights the progress made towards the priority to help people achieve their potential by creating a healthier, safer and better educated population, as well as getting access to early help:

Communities continue to become more strong and resilient, with some great achievements highlighted:

Areas for improvement include:

Improving the amount of household waste diverted from landfill and the number of refuse collections made on the scheduled day.

94.8 per cent of household waste was diverted from landfill. This is based only on January’s figures, but is under the annual target of 97.5 per cent.

88.3 per cent of all refuse collections were made on the scheduled day, against a target of 97 per cent.

Covid-19 had a massive impact on round completion in March. Green and Blue Rounds had to be turned off for a period of time due to the loss of staff because of Covid-19.

Cllr Alan Gardiner, Cabinet Spokesperson Core Services, said: “This report shows the tremendous achievements and progress made towards achieving the council’s corporate priorities, which together strive towards a brighter future for Barnsley.

It also shows how the Covid 19 pandemic has impacted on a number of council services and their related performance targets.

“We will continue to work hard to achieve and improve the outcomes for our customers and the community. There are already a number of initiatives in place to deal with areas where we need to make improvements.”

We’re committed to #ImagineIt by working to make Barnsley a place where people love to live and work, and where they can see a brighter future for themselves and their families. #OwnIt by finding out how we’re reaching our goals by reading out quarterly performance reports. 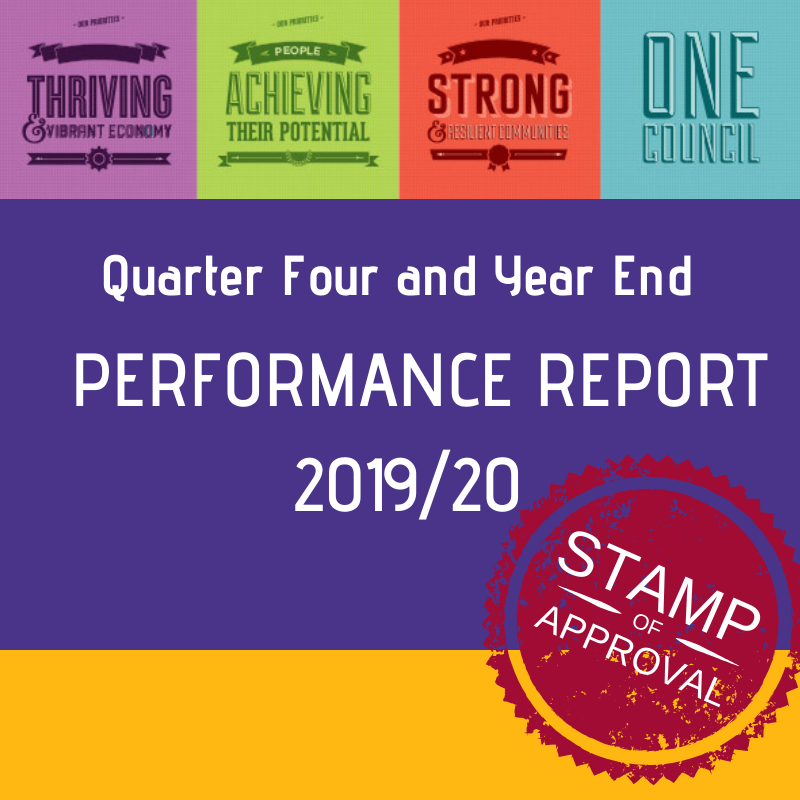