Barnsley Council are looking for young people aged between 12 and 18 to stand in the next Youth Council election in February.

The Youth Council is a group of young people, aged 12 to 18, who live in Barnsley. These young people are elected by their peers every two years to represent the views of all young people living in the borough, at a local, regional and national level.

A total of 32 members are elected to represent the school or college that they attend and also the area in which they live.

Two members of the Youth Council are also elected to represent Barnsley on the United Kingdom Youth Parliament. They attend regional meetings and national events, including an annual debate in the House of Commons.

The full Youth Council meets monthly at the Town Hall. Members also attend monthly meetings in their local areas to gain the views of young people who live there.

The youth councillors work closely with the Council and other services and agencies in Barnsley to make sure that young people have a say in decisions that affect their lives.

Cllr Tim Cheetham, Cabinet Spokesperson for People (Achieving Potential) said: "It is fantastic to have so many young people in our borough who are interested in politics and we would love for them to get involved with the Youth Council.

"They are the future of democracy and this is a great opportunity for them to represent their peers and share their views on the issues which matter most to them, particularly the three priorities which were raised during the Make Your Mark campaign earlier this year."

To express your interest as a candidate, please get in touch on Facebook through the Barnsley Youth Council page at facebook.com/BarnsleyYC.

We’re committed to #ChangeIt by making it easier for you to see when and where you can have your say, and letting you know what actions we’ve taken based on your feedback. #OwnIt by following our social media pages; taking part in consultations and surveys and telling us when you think we've done a good job and when we can do better. 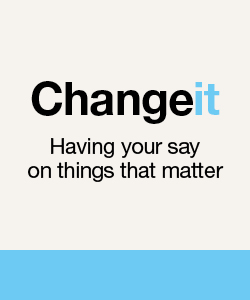