Message from the Lord-Lieutenant

As The Queen’s personal representative, it is my job to brief Her Majesty and to actively promote South Yorkshire, to help make it a better place for all who live and work here.

The website will help us to share information about the remarkable work already taking place across the county and encourage you to tell us about good causes and people you feel are worthy of recognition. It will also explain about the honours and awards system and how to nominate worthy recipients, and about the work of the Lieutenancy Office.

I hope you find the site useful and informative.

More from the Lord-Lieutenant 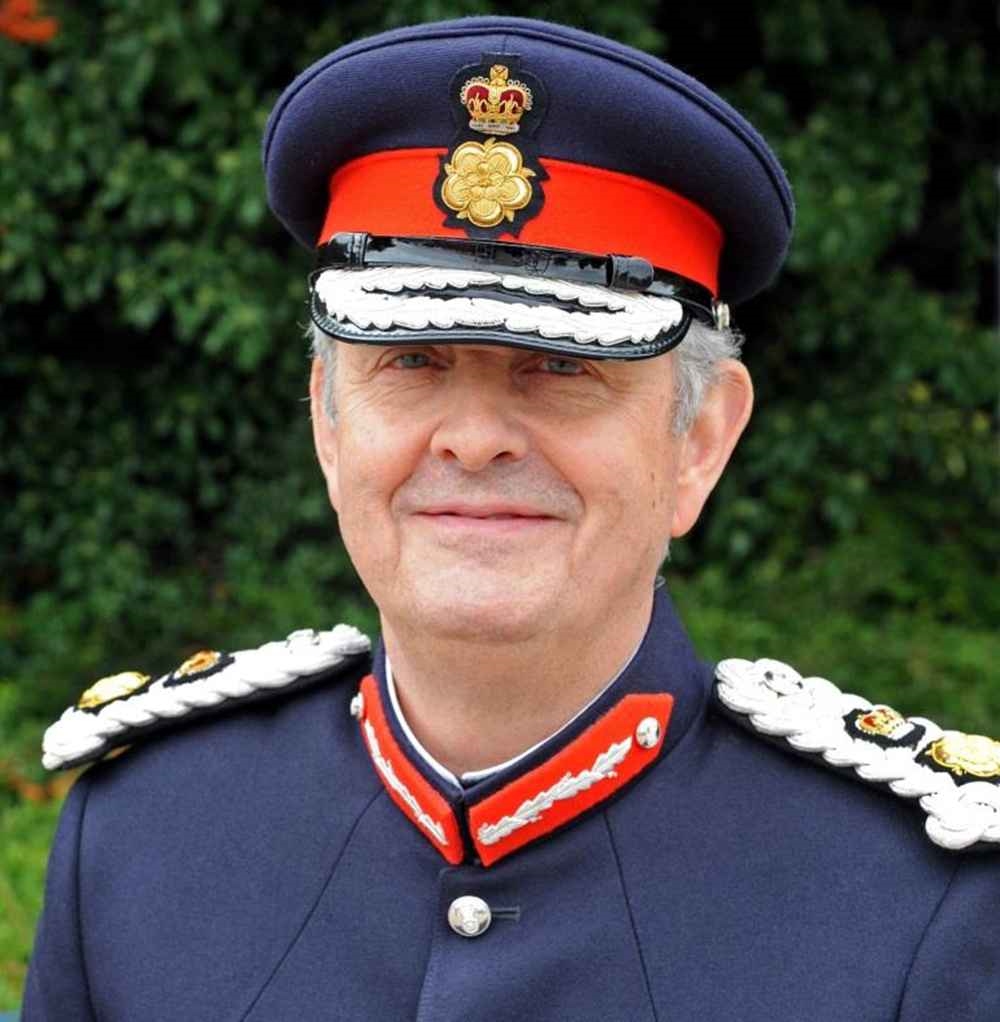 There are 98 Lord-Lieutenants, who cover all areas of the UK, from Shetland to Cornwall, County Tyrone to South Glamorgan.

Lord-Lieutenants were originally appointed in the reign of Henry VIII to raise militia, though this function has now been transferred back to the Crown.

Every county in the United Kingdom has a Lord-Lieutenant, who is The Queen’s representative, acting on Her Majesty’s behalf.

The Lord-Lieutenant’s first and foremost duty is to uphold the dignity of the Crown, and their role, like the Monarch’s, is essentially non-political.

The Lord-Lieutenant's uniform serves as a symbol of the role’s military origins. Find out more about the uniform and the history behind it here.

The Lord-Lieutenant undertakes about 300 engagements a year in the local communities as part of his duties. You can read more about them here.

The honours system recognises people who have made achievements in public life or committed themselves to serving and helping Britain. Read about the different types of honours and awards here.

Since 1917, the Sovereign has sent congratulatory messages to people celebrating notable birthdays and anniversaries. Read more about these special messages from the Queen here.

The Lieutenancy Office for South Yorkshire is based at the Town Hall, Barnsley. Find more information, including contact details and etiquette for addressing the Lord Lieutenant, here.

Royal visit by HRH The Duke of Kent

HRH The Duke of Kent admiring the displays at Barnsley's Cooper Gallery on his visit in November 2016.